Michelle Lee shares her vision for the beauty bible 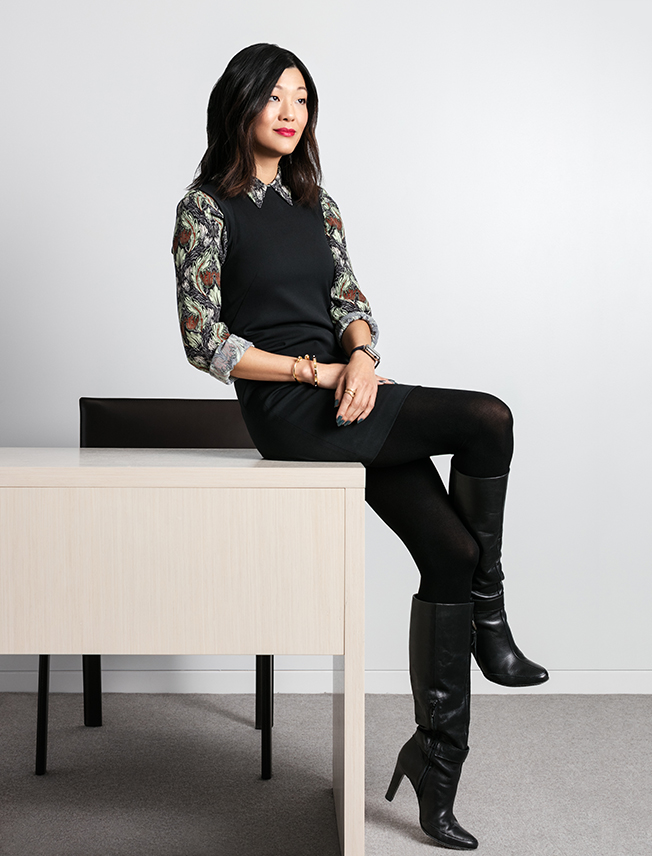 Adweek: When you joined Allure last year, you replaced Linda Wells, its founding editor of 24 years. What was that transition like?

Michelle Lee: I have such huge respect for Linda. She's an icon. I definitely think that when I came in, people were nervous, and I totally expected that and understood that. So over these past couple of months, it's been a big goal of mine to have total transparency, and I think that having that culture of "let's talk about stuff" has put people's minds at ease. But I also think that once people hear what the new vision is, it makes them feel good about things.

So what is your vision for the magazine?

The million-dollar question! My big goal here was really refreshing the entire brand. I had been a huge fan of Allure, but looking at the past 25 years, beauty has changed so much with the Internet, with YouTube, with social media, with everything. What Allure has always been really great at is giving information, so I want to build on that and add a whole new level of inspiration. Visually, my big thing was that I wanted to see more people, more interesting women. I want to establish a look for us that still feels like Allure but is more approachable. Diversity is also very big for me. Growing up, I remember being really frustrated when I'd read about how to put on eyeshadow and think, "That doesn't really apply to me."

I probably have this conversation about once a week. Where I think a lot of brands have gone wrong is to try to compete with YouTube. You can't compete with YouTube! It's a completely futile fight. What I do think is smarter, though, is to partner with them. We very actively are looking at different vloggers and influencers who we feel are on brand with us.

At Nylon, in addition to being editor in chief, you oversaw branded content as CMO. Do you have a hand in the business side at Allure?

I'm personally very excited about branded content. It's a whole other way for editors to be able to flex their creative muscle. I always say to people, too, that as an editor, you want anything surrounding your own editorial content to be the best it possibly can be. If you're creating amazing content but there are terrible ads next to it, it makes everything look bad. So here at Allure, I'm not technically a marketing person, but because of my background, I like involving myself in that.

How has it been going from a small publication like Nylon to Condé Nast?

I've been very fortunate in that I've gotten to work at all different sizes of companies. Working at a smaller company, I think that necessity breeds creativity. On the downside, at a smaller company, you don't have as many resources, so coming to Condé Nast has been amazing. At Nylon, I would wear 20 different hats; now it's like, "There's a department for that!" But even though we have these amazing resources, I sort of always feel like I'm in startup mode. I think that having that startup fire and that scrappiness has been a huge factor in my success in the past, and I don't want to lose that.