Across Platforms, Politicians Face Scrutiny About Everything But Their Speech 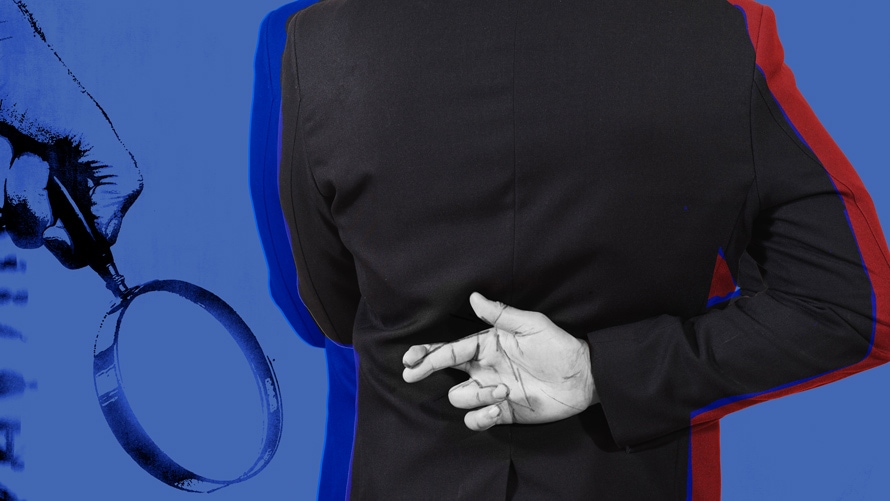 Posts from Kim Kardashian or Cardi B will always be more scrutinized than those by Donald Trump.
Photo Illustration: Dianna McDougall; Sources: Getty Images
Share
By Shoshana Wodinsky
|
October 16, 2019
Share

Though the biggest platforms have hand-wrung and rolled out steps to stanch the flow of political misinformation, it appears there’s one way to get around their censorship: paying for it.

In the past two weeks, lies have run rampant across the platforms. First came Donald Trump running attack ads across Twitter and Facebook against Democratic candidate Joe Biden, which sling the oft-repeated conspiracy theory that claims Biden coerced Ukraine into firing a prosecutor targeting his son Hunter (he didn’t). Then, this past weekend, Elizabeth Warren took to similar platforms to claim that Mark Zuckerberg is rooting for Trump’s reelection (he isn’t).

Despite focusing on obviously debunked mistruths, each of these ads was not found in violation of these platforms’ policies. That leaves the question of why, especially when the companies do, in fact, often have firm rules on the ground against misrepresentation.

Although the Palo Alto giant has consistently stepped up the requirements needed to qualify as a political advertiser on its platform, and clearly the legitimacy of political media buyers, its language has shirked those standards. Last month, the company’s vp of global affairs, Nick Clegg, outlined in a blog post that politicians are “exempt” from the third-party fact-checkers that the company put into place as stopgaps to stymie the spread of false news or viral misinformation—and in fact, they had been exempt for over a year.

“We don’t believe […] that it’s an appropriate role for us to referee political debates and prevent a politician’s speech from reaching its audience and being subject to public debate and scrutiny,” Clegg wrote at the time, though he clarified that doesn’t hold over into ads. In the past, the company has made exemptions for politicians’ posts under the umbrella of “newsworthiness”—meaning that they’ll allow content to stand if they believe “the public interest in seeing it outweighs the risk of harm”—even if it violates the company’s community standards.

But according to Clegg, paid-for media must still abide by the rules the platform has on the ground, both from the community standards and through the platform’s ad policies, which plainly prohibit “ads that include claims debunked by third-party fact-checkers or, in certain circumstances, claims debunked by organizations with particular expertise,” according to a company page outlining the policies. Advertisers that repeatedly peddle falsehoods might have “restrictions” put on their ability to advertise on the platform.

“Politicians are still subject to Facebook’s advertising policies (the fact-checking eligibility piece notwithstanding),” a Facebook spokesperson told Adweek over email. “You will notice in the ad library that politicians’ ads that violated our ad policies will appear with a screen over it noting as much.”

Currently, the platform is allowing Democratic candidate Elizabeth Warren to run more than a dozen ads—with hundreds of thousands of impressions among them—headlined by the bogus claim that Facebook CEO Mark Zuckerberg is endorsing Trump for a second term. In response to the ad, Facebook tweeted from its PR Twitter account to say that “broadcast stations across the country have aired this ad nearly 1,000 times, as required by law.”

“There is a clear tradition in the U.S. of limiting censorship of candidates and politicians’ speech which Sen. Warren’s statements ignore,” Facebook’s spokesperson told Adweek, pointing towards FCC guidelines outlining the fact that broadcasters “have no power of censorship over the material broadcast by any such candidate.”

While the company might be more hands-off around the voting public, it’s anything but around consumers. Last month, Facebook debuted tighter guidelines around ads for cosmetic procedures, diets and weight-loss products, saying that ads containing “miraculous claims” or that promote “unrealistic or unlikely results” could be removed from the platform altogether.