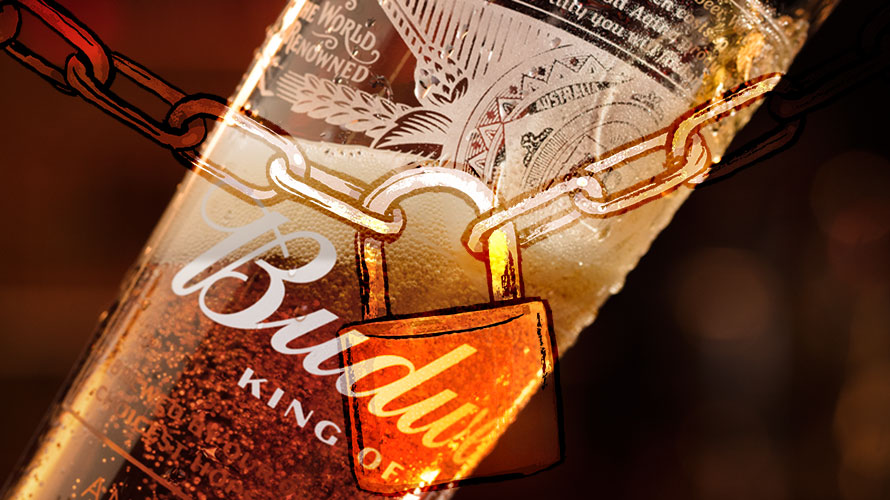 The six-figure campaign, which began two weeks ago, promotes five of the company’s biggest brands: Budweiser, Bud Light, Michelob Ultra, Limeatrita and Estrella. The ads are running through Kiip, a mobile advertising platform.

For AB InBev’s campaign with Kiip, data such as impression, engagement, time stamps, creative and price are all written to the Ethereum blockchain for the brand to download and review every hour. According to Kiip CEO Brian Wong, the campaign helps decrease the amount of time that media buyers spend sifting through impression-level data. Additionally, clients can pay for only the ads that meet their criteria because it’s running with the help of smart contracts—a way to digitally conduct, verify and enforce transactions on the blockchain.

Asked about the price of a blockchain campaign versus a regular programmatic buy, Wong said it ends up being 1 percent more expensive.

“The biggest issue with blockchain in advertising is there are a lot of theoretical concepts,” he said.

Kiip isn’t the only company serving up blockchain-enabled ads. Other ad-tech companies such as Kochava, MetaX and NYIAX have been building out their own blockchain-enabled ad networks since last year. There are others as well, such as Ternio, which has been running campaigns for smaller advertisers such as Terlato Wines International and Majestic Star Casino & Hotel.

AB InBev did not respond to request for comment about the blockchain campaign. However, the company has a track record of being somewhat of an early adopter when it comes to pushing for more accountability and transparency with its digital campaigns. The company was also one of the first to bring programmatic buying in-house.

One of the problems that have kept many marketers from experimenting with blockchain is its speed. In an advertising world that’s come to expect real-time bidding through programmatic ad channels, blockchain campaigns are slower because of the built-in checks and balances that come with a system promising to increase trust and transparency between tech companies, agencies and brands. To solve this, Kiip decided to write the data in IPSS once per hour in batches rather than in real time or all at once.

“People just have a very strong hindrance that was created for the perfection of the blockchain latency limitations and didn’t realize there are some interim solutions that get them the same outcome,” Wong said.