A Look at the Analog Research Lab, the Source of All of Those Posters in Facebook’s Offices 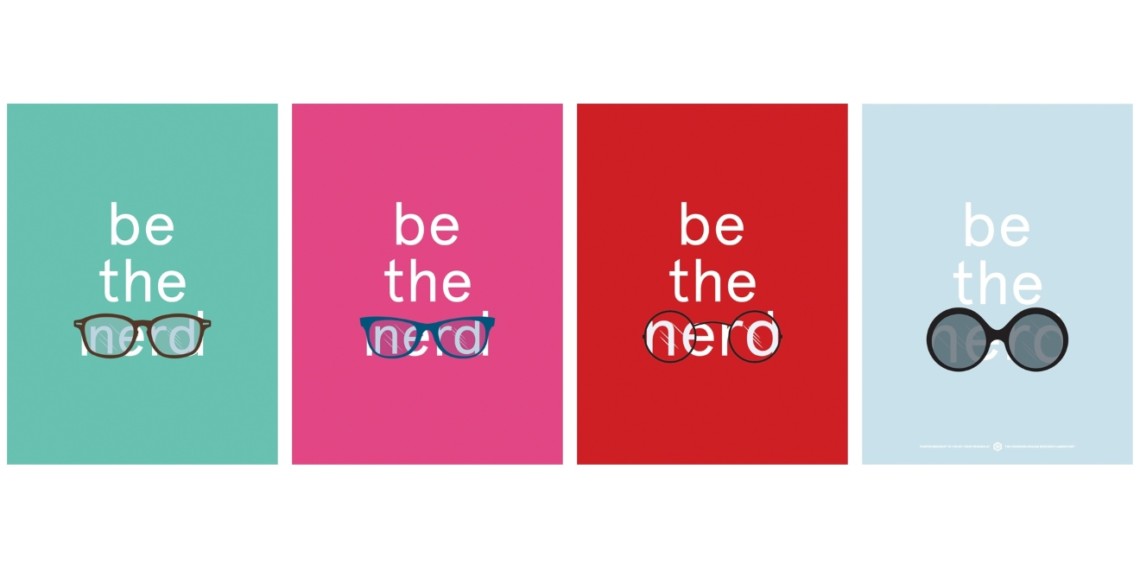 Artwork has always been a key component of Facebook’s culture going as far back as 2005, when graffiti artist David Choe was hired to paint murals in what was then the company’s headquarters in Palo Alto, Calif.

As compensation, Choe was given the choice of $60,000 in cash or the same amount in Facebook stock. He wisely chose the latter and ended up netting some $200 million for his efforts.

Artwork for Facebook’s many offices across the globe is now the task of the company’s Analog Research Lab, which was created by former Facebookers Ben Barry and Everett Katigbak in 2010, in the run-up to the company’s F8 2011 developers conference.

Now helmed by global design lead Scott Boms, the Analog Research Lab has come a long way since the days when Barry and Katigbak set up a print shop in an unused corner of Facebook’s headquarters, using their own time and often their own money to keep the project going.

Boms said Facebook’s iconic Move Fast and Break Things poster was a highlight of the unit’s early work, featuring a very direct and simple approach—one typeface, one type of paper, one color—adding that it was a visual reference to the style of Los Angeles print shop Colby Printing, as well as wartime posters.

“We’re not the scrappy little rogue band of misfits we were in 2013 and 2014,” Boms said. “There are Analog Research Lab studios all around the globe now, and there’s a much bigger team involved. We don’t open a Facebook office that doesn’t have these things in it. If you were to walk into one and it wasn’t there, you’d say, ‘Where am I?” The artwork adds to the experience and makes physical offices better.”

When asked if the Analog Research Lab felt the need to alter any of its messages in the wake of an exceptionally brutal year for Facebook in 2018, Boms did not have an example of a specific project tied to a specific reaction to company news, but he did say, “We’re left to our own devices in a lot of ways with what we’re producing. We are documenters of what’s happening at Facebook, observers. We know when we need to push people in a particular way and what levers we need to push and pull on.”

The Right Kind of Wrong: Inside the Facebook Analog Research Lab, a public exhibition of the division’s work, opens Wednesday evening at the Type Directors Club in New York, and Boms shared some of the Facebook posters that will be on display, along with their backstories.

Be the Nerd, designed by Boms in 2016, was spawned from a comment CEO Mark Zuckerberg made on a post by a grandmother, who said she encouraged her granddaughters to date the nerd in school. Zuckerberg said they should “be the nerd,” instead.

Boms said, “Although using glasses is an obvious visual trope, we tried to elevate it above that using different treatments that could reference a wider spectrum of interests—for example, versions that reference John Lennon, Andy Warhol or Harry Potter, another that makes use of Iris Apfel’s iconic glasses, a version with the classic blue-and-red 3D glasses and even one using the shutter glasses Kanye West made famous.” 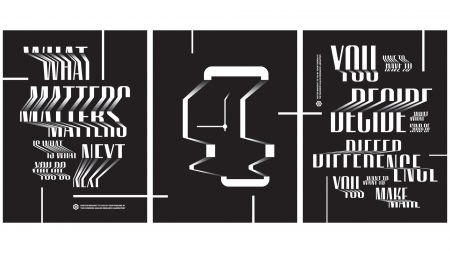 Boms was also behind 2018’s What Matters, and he said, “Although there’s not one single moment this series of three prints is connected to, they came on the heels of a difficult period in 2018 that sparked debate inside and outside the company. The series intends to evoke the push and pull of these conversations and debates and the distortions or gaps in information that form these narratives whether right or wrong, true or not while encouraging acknowledgement, acceptance of responsibilities and a sense of reflection that can encourage positive change.”