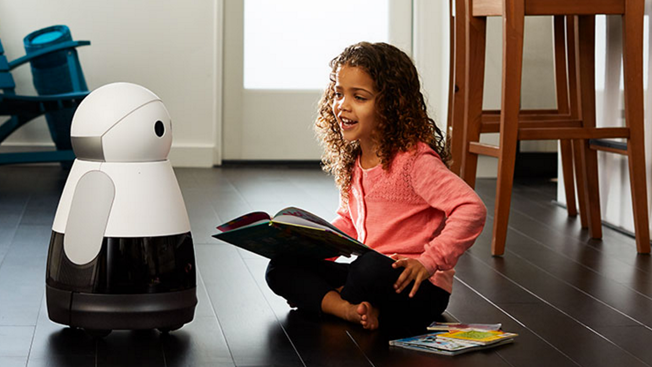 While the world is still a long way from seeing the adult humanoids of WestWorld, miniature robots stole at least some of the show this week at the CES. The robots—which do everything from detecting emotions to taking video to teaching kids to code to helping around the house—have another thing in common: They're all adorable.

Sure, they don't have any fur, and that cold, hard plastic is going to be far less comfy to cuddle with. But they're cleaner, more independent and have a vocabulary that extends far beyond "sit" and "fetch."

Here are a few of the home robots that were on display at CES:

Probably the most talked-about robot at CES 2017 was Kuri, a 20-inch-tall rolling bot that might win this year's award for most adorable. It has more mobility than most robots being showcased this year. Created by Mayfield Robotics, Kuri can follow you around, taking video, telling stories, monitoring the home and greeting guests. It also has more personality than many others. Kuri’s animations and personality were designed by a former Pixar animator. While it's still available only for pre-order, Kuri will retail for $700 and be available for the 2017 holiday season. Check out the robot's commercial, which was produced by the agency Eleven.

While everyone gets acquainted with voice assistants in speakers, they're already making their way into robots. Created by the Chinese firm UBTech, Lynx—which is equipped with Amazon's Alexa—can do everything that other Alexa-equipped devices can, like order things from Amazon, play music and manage tasks. However, it can also do a lot that a speaker can't, like dance and do yoga.

At a demo area inside the Sands Expo Center, iPal could be seen belting out hits from Frozen. The social robot, created by Avatarmind, can play games, tell stories, dance and engage in video chat. It can also receive touch responses, recognize emotions and provide trivia answers. The Guardian, speaking with Avatarmind founder Jiping Wang back in September, said tests in China have shown iPal can entertain children "for hours," with with 80 percent "loving it," 15 percent having no reaction and 5 percent, unfortunately, scared. Compared to the others, it might not look like much. However, Roobo's line of Pudding—as they're named—help teach young kids to learn by serving as a reading buddy, cultivating good habits and teaching English. Domgy, another bot from Roobo, acts as an actual robot pet. It can navigate indoors, recognize faces and voices and help with both "entertainment and companionship."