12 Intriguing Digital Marketing Stats From the Past Week

How Serena won on social media, too 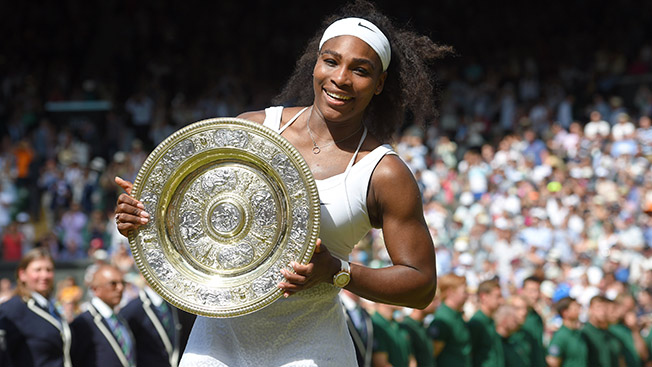 The past week has been filled with great data points about many things—particularly the dominance of Serena Williams and Apple. Here are the 12 most interesting numbers we came across:

1. Out of the world's eight biggest mobile phone makers, Apple received 92 percent of the global smartphone profits during the first quarter, according to new research from Canaccord Genuity in The Wall Street Journal. Samsung, maker of the popular Galaxy phones, got 15 percent, Canaccord said. Think that math doesn't add up? Well, Apple and Samsung accounted for more than 100 percent of the sector's profits during Q1 because other smartphone manufacturers either lost money or broke even.

2. Serena Williams is staking a hard-to-argue-with claim for the title of best women's tennis player in history, and she's dominating social media as well. Williams—who won Wimbledon for the sixth time Sunday—led female and male tennis players from July 2 through July 8 on Facebook, Twitter, Instagram, etc. with 20,473 mentions, according to MVPIndex.

3. FC Barcelona has the biggest social media following of any sports content creator in the world, with more than 116 million followers on social media. Check out Adweek's exclusive global top 10 list here.

4. According to investment bank firm Coady Diemar Partners, mergers and acquisitions in the digital media space totaled 1,243 during the first six months of 2015, up from 1,000 during the same period in 2014.

5. While the Minions movie was a smash hit over the weekend, all of the publicity around the animated flick has created plenty of online naysayers. In fact, there's a group on Reddit called MinionHate with 15,600 members.

6.  Online job ads are sometimes targeted in a clearly sexist way. A Carnegie Mellon University project simulated 1,000 online consumer profiles and set them loose to visit employment websites and behave like job seekers would—500 of the user profiles were male, and 500 were female. After job searching, the simulated users were sent to top websites where the ads were recorded. An ad for high-paid executives was served 1,816 times to men and just 311 times to women.

7. United Airlines' network outage last week negatively impacted the brand online. Networked Insights found that conversations occurring on social media between July 6 and July 8 were negative 25 percent of the time and positive only 6 percent of the time. The analytics company said "hatred" accounted for 35 percent of the chatter during those two days. Ouch.

8. The Media Rating Council's latest ad viewability study—which entailed 4 billion impressions—finds that while 63 percent of campaigns had consistent viewability, mobile screens were a key element for those that did not. More stats from the MRC's research can be found here.

9. RadiumOne surveyed 1,300 people—with a median age of 26—and found that 67 percent said digital media and social sharing influenced where they travel. The rest of the ad-tech company's research can be seen below in an infographic near the bottom of the page.

10. An eBay user posted a Ziploc bag of Brooklyn air for sale last week, and the bidding actually reached $20,100. Then, the online auction site removed the listing due to its policy that listings must include physical items or actual services.

11. According to Amobee Brand Intelligence, the most buzzed about topic online around this year's Comic-Con was neither a DC Comics nor Marvel franchise. Instead, it was HBO's Game of Thrones, grabbing 13 percent of all the digital consumption between July 8 and July 12 at the San Diego festival.

12. IgnitionOne's Q2 research shows that when it comes to mobile search, it's all about the phone. The marketing technology company said smartphones accounted for 59 percent of mobile search spending, while tablets accounted for 41 percent, reported Direct Marketing News.