A boy and his exhausting job 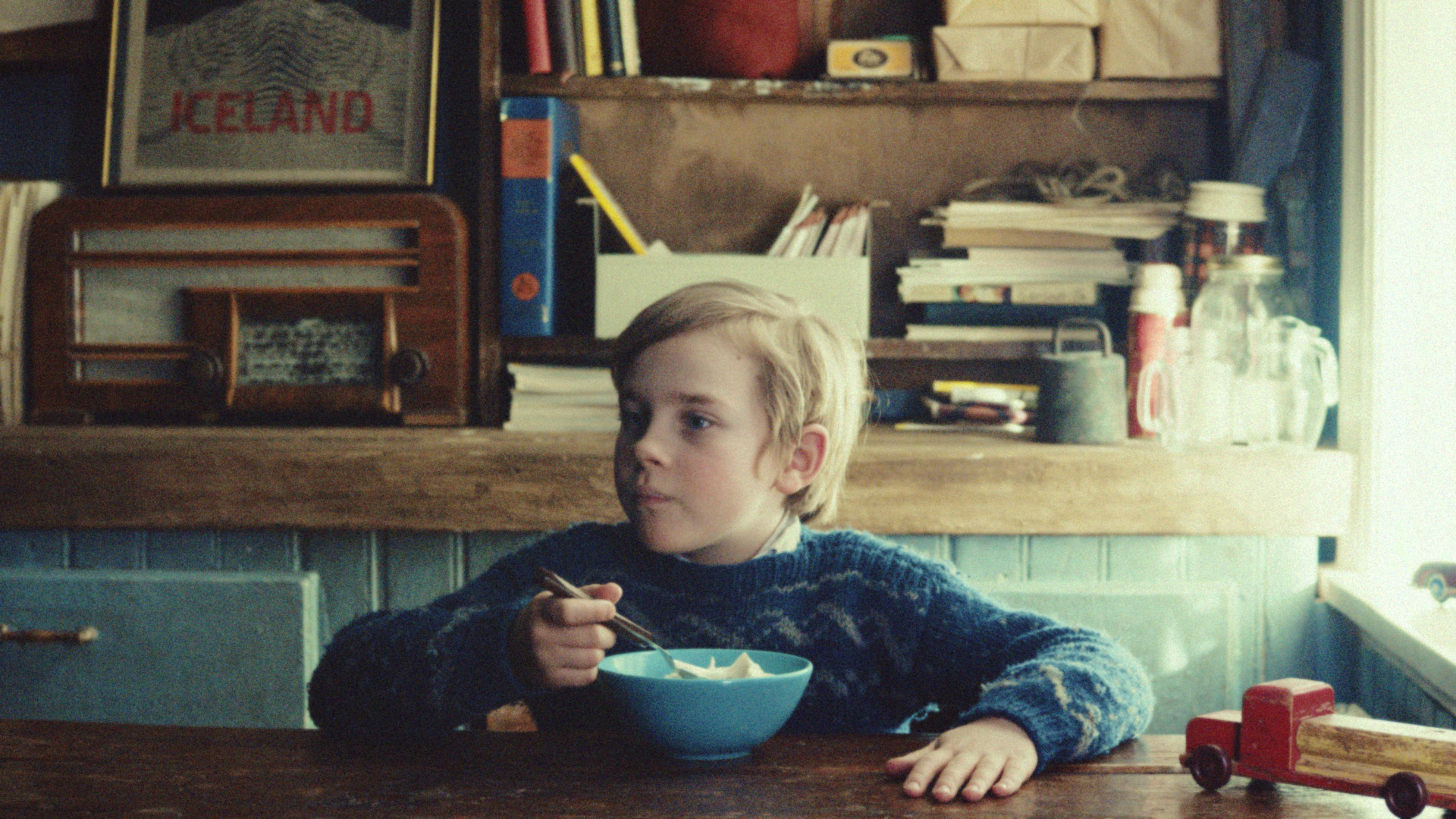 Somebody get this kid a bike! (And snowshoes, while you're at it.)

Orri, the plucky lad in this fanciful Wieden + Kennedy London spot introducing Arla's Skyr Icelandic yogurt to the U.K., Germany and the Netherlands, really has it rough. Most of the action takes place in 1968, as the boy braves storms and covers vast distances, always on foot, to deliver messages that arrive via his remote village's only telephone. (Often, these communications are of a less-than-urgent nature, such as, "Your trousers are ready for collection.")

Does he even draw a salary? Or get tips?

On the plus side, Orri enjoys heaping bowls of Skyr to power his travels.

The low-key, humorous film, W+K's first work for the brand, is expertly directed by Dougal Wilson, who placed two spots ("Monty the Penguin" for John Lewis and "Adventure Awaits" for Lurpak) among Adweek's top 10 ads of 2014.

This 90-second Skyr ad, "The Messenger," really delivers, subtly touting the brand as a hearty snack or meal while keeping viewers engaged and smiling. W+K's Thom Whitaker, who wrote and art directed the work with Danielle Noël, chatted with us about the commercial:

Where did the idea come from?

Skyr's full of protein, so we wanted to tell a story of extraordinary Icelandic strength, but one which people weren't familiar with or had heard before. We'd heard about young Icelandic kids working as telephone messengers back in the '60s—which we thought could be the perfect story to tell.

Why go this route with the creative?

Because of Iceland's tradition for Viking sagas, it felt right to create our own epic story for this Icelandic yogurt. We wanted to go back to the old tradition of classic storytelling—a bit like the old Stella Artois work.

Skyr has got a pretty wide appeal. It's very much Scandinavia's answer to Greek yogurt, and in Iceland it's part of everyone's daily diet, so we thought the story of the little boy was universal enough for everybody to enjoy.

Why keep the product mostly in the background?

We wanted to weave Skyr into the story in the natural way, while giving as much screen time as possible to the boy's epic journey, so that the final payoff becomes even stronger.

Some have likened the approach to Wes Anderson. Agree or disagree?

It does have a bit of a Wes Anderson vibe to it, but that wasn't really intentional. The brightly colored houses and the retro wardrobe might have something to do with it. We should have set the titles in Futura!

Any amusing anecdotes from the shoot?

The lighthouse scene was pretty interesting—a full-on Icelandic storm was battering the cliffs and it felt like we could be swept away at any second. I don't think we've ever been so happy with a first take.

Short films [not by Dougal Wilson] are out next week on YouTube and Facebook and are called "Skyr Guides." They're also from W+K, but Toby Moore and Selena McKenzie are the brains behind them, not us [Thom Whitaker, Danielle Noel].

They're basically two short portraits of modern-day Icelanders who exhibit the same sort of strength as Orri does in our film: Kolla, a cyclist who braves the Icelandic climate every day, and Joi, a modern-day Viking who's a doorman at one of Reykjavik's oldest nightclubs and who's not averse to putting Skyr on his steak. They're all about introducing us Brits to Skyr—the history of it, what it's good with, how it's pronounced.