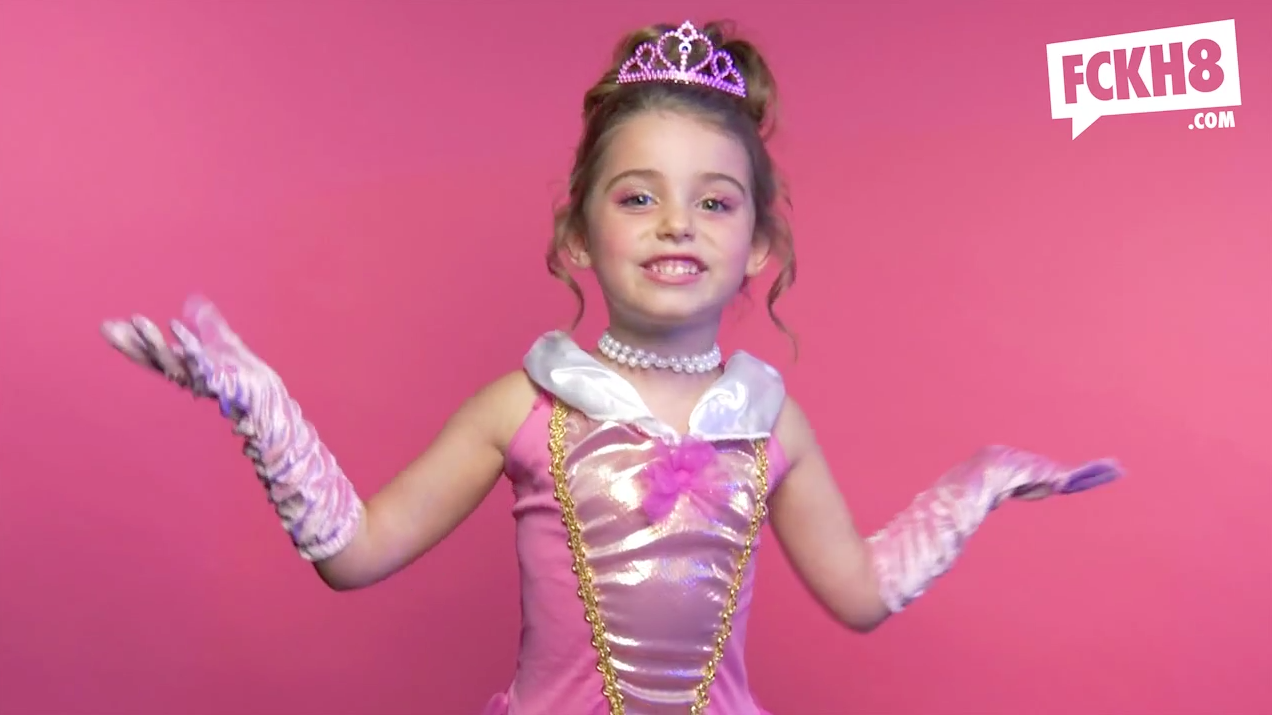 Activist T-shirt maker FCKH8 asked the world a question. What makes you more uncomfortable: the way society fucks women, or a little girl saying the work fuck? And it turns out that for a lot of people, the answer is watching a little girl say fuck.

Even though that's the point, and the complainers say they get that's the point, the hilarious part is they just can't get over it. So, of course, they're already crying about child exploitation. Though, if you watch the video, it's pretty clear that these little girls are not shocked by their own potty mouths. In fact, they seem to be having way too much fun. Kids, after all, love breaking the rules.

Still, can't FCKH8 make its point (and sell its shirts) without cursing? Sure, but would people watch? The statistics are old; little girls saying the F-word is pretty much the only new thing in this video. Besides, it was created by a company called FCKH8, not SCREWH8 or DARNH8. They're so comfortable with the F-word they slapped it right in their name.

What I also love is that I think most people who are complaining never got to the end of the video. I say this because there is a 12-year-old boy dressed in a princess costume at the end (making a really good point about how sexism affects men), and not a single YouTube commenter has yet suggested he's going to turn out gay. (UPDATE: The video has actually been removed from YouTube now, but is up on Vimeo.)

Maybe it's a generational thing, but I'm less concerned with the swearing, and more concerned with the loss of innocence that results from telling these 6- to 13-year-olds that between one and five women will be raped in their lifetime and then having them count off and wonder if they're going to be the one. Yes, "fuck" is a sound we've deemed "bad" to say. Rape is a horrific concept that little girls shouldn't ever have to worry about.

And I guess the fact that they will have to worry about it is kind of the problem. Certainly before age 13 these girls will already know about how they're supposed to dress to avoid it, and how they should always walk in groups and not go out too late at night and how to avoid those "rapey" looking alleys and such. You know, the terrifying advice we all give our girls in the hope that it will keep them safe.

Because really, as much as we don't want little girls saying fuck, I think we can all agree that we'd much rather create a world in which no one fucks them.

Video producer Mike Kon (yeah, a guy made this) agrees with me, saying, "Some adults may be uncomfortable with how these little girls are using a bad word for a good cause. It is shocking what they are saying, but … the big statistic that one out of five women are sexually assaulted or raped is something society seems to find less offensive than a little four-letter word, and we love how these girls draw attention to that imbalance."

Speaking of imbalance, one point of amusement: FCKH8's own press release about the video censored the F-word. C'mon, FCKH8, if the little girls can say it, so can you.