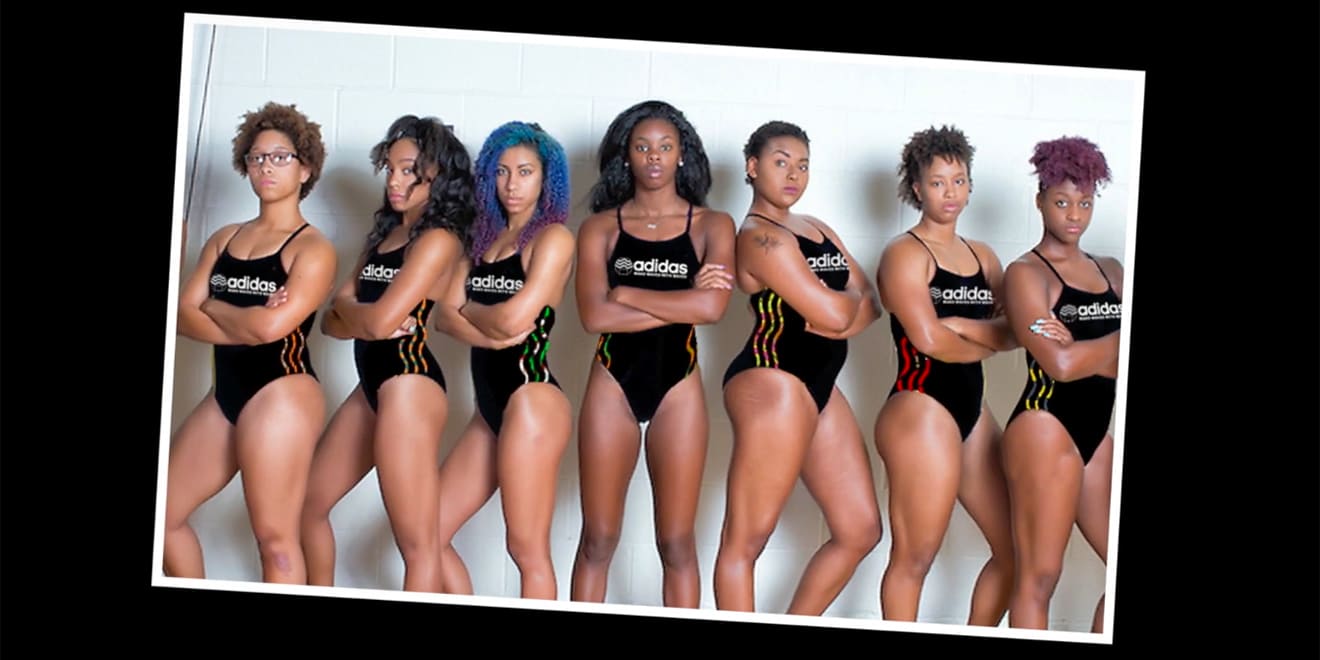 The spec campaign, created to meet an official brief from Adidas, proposed a range of creative ways to get more black women swimming.
D&AD
Share
By Shannon Miller
|
July 11, 2019
Share

Even the most established brands still have a lot to learn when it comes to expanding their reach and message, and who better to light the path than the graduating youth—some of whom are burgeoning marketing wonders themselves?

Every year, the nonprofit, U.K.-based creative organization D&AD teams up with actual brands for the D&AD New Blood Awards initiative, a contest in which young creatives compete to create the best spec campaigns in response to briefs set by brands.

One of this year’s big winners, scoring a best-in-show Black Pencil, was a campaign idea from two West Herts College graduates who recognized a major disparity in an activity that crosses both leisure and competitive sports: swimming.

When Jack Parker and Savannah Finestone discovered that one of their black female friends couldn’t swim, they quickly learned how race plays an integral part in the accessibility of swimming. In fact, 70% of black girls in Britain cannot swim, according to the U.K. Amateur Swimming Association.

Addressing both the lack of training resources as well as more practical issues like the advanced damage chlorine in pools can cause to black hair, Parker and Finestone crafted a spec campaign for Adidas called “Make Waves With Waves.” The campaign answers a range of material needs, from swimming lessons administered by and for black girls, to swimming caps that accommodate different hair types.

While the idea is not actually in development, it still manages to accomplish two vital things. For starters, it highlights the necessity for more inclusive swim gear that considers the specific needs of black consumers. On a much grander scale, it also showcases the value of a younger generation’s awareness of cultural shortcomings that even the most progressive brands might not recognize.

In all, this year’s D&AD New Blood Awards doled out a total of 173 Pencils, with three Black Pencils (the top honor) going to “Make Waves With Waves.” Four White Pencils (recognizing social-purpose marketing) were awarded, along with 29 Yellow Pencils. More than 1,000 entries were received, representing teams from 48 countries.

The other Black Pencil winners were:

• Joachim Klintfält, Mark Terkelsbøl and Nicolas Housted of DMJX, the Danish School of Media and Journalism, for “Pad Paper,” which proposed packaging menstrual pads as toilet paper rolls to avoid (and call out) the higher “luxury” taxes placed on feminine-care products in multiple countries. The effort highlights a growing trend of similar tax protests, with “The Tampon Book” from The Female Company and German agency Scholz & Friends winning the PR Grand Prix at this year’s Cannes Lions.