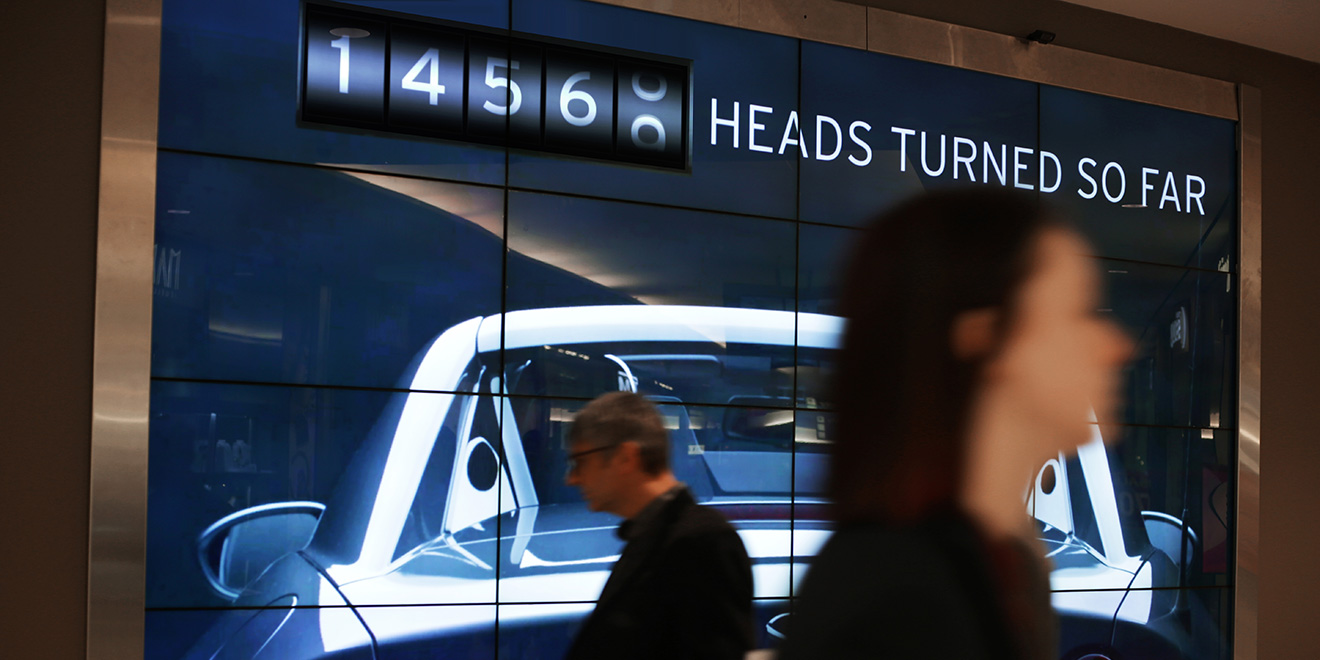 Is this Mazda billboard turning heads? You can count on it.

Installed on Monday in the retail concourse of Toronto’s Royal Bank Plaza, the digital sign, timed to the Canadian International Auto Show, plays a 15-second video that shows the sleek new MX-5 RF from various angles.

Custom software allows the ad to detect each time a passerby turns to gawk at the car, and the screen displays a running tally. In just two days, the “head count” approached 15,000.

The software “identifies when someone is in the vicinity of the board and then verifies through a number of separate algorithms that a person has turned their head to towards our hidden camera,” Elkouby says. “To bring this idea to life, the video wall required a custom, industrial-grade computer upgrade that could process high-frame-rate video while rendering dynamic data in real-time.”

Part of a citywide out-of-home campaign, the sign will remain in place for a month. If the current pace holds, it could ultimately turn more than 150,000 heads. “There was quite a bit of behind-the-scenes testing and late nights of complex coding in order to make this work,” Elkouby says.

Despite the use of innovative tech, however, his team opted to keep things relatively simple. The billboard’s interactivity is fun but not overly distracting, which adds to its charm.

Now, unlike Apotek’s hair-raising Swedish subway sign, Mazda’s execution won’t blow anyone away. On the other hand, it steers clear of questionable elements, such as a certain pharmacy ad’s passive-aggressive tendencies (cough-cough).

“This channel requires a lot of restraint and respect for the audience,” Elkouby says. Plus, “a complicated message wouldn’t cut it in a busy underground concourse with lots of traffic, so we kept fine-tuning the headline and the idea until it was as short as possible while still delivering the intended message.”