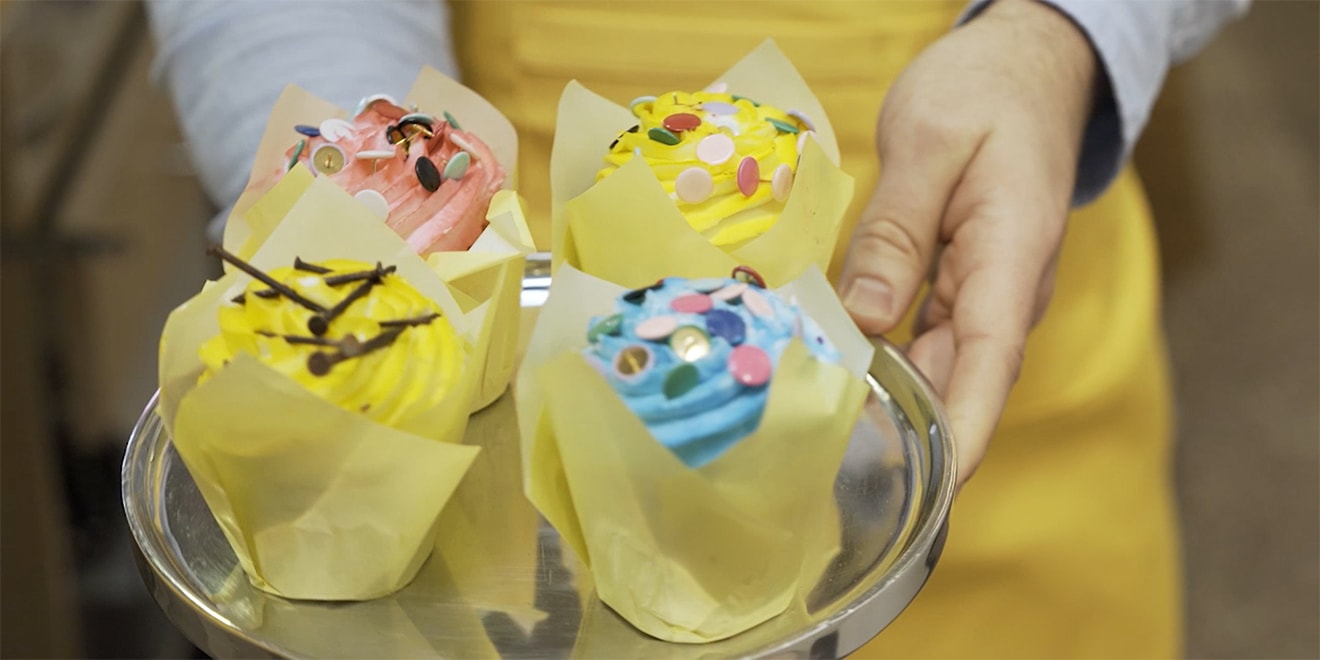 Hill Holliday partnered with organizations including Celiac Disease Foundation and Beyond Celiac to create an educational campaign about what it's like to live with celiac.
Share
By Minda Smiley
|
May 24, 2019
Share

Choosing to stay away from gluten and having celiac disease are two very different things, but people with the latter are often unfairly lumped in with the former, accused of getting caught up in the latest fad diet.

Yet celiac disease is a serious autoimmune disorder that affects roughly 1% of the U.S. population, according to nonprofit Beyond Celiac. Left untreated, people with the disease can develop complications such as other autoimmune diseases, osteoporosis and even cancer.

To shine a light on the severity of the condition, Boston agency Hill Holliday partnered with organizations including Celiac Disease Foundation and Beyond Celiac to create an educational campaign that brings to life the pain that sufferers feel when they eat gluten.

In Boston’s busy South Station, the agency recently set up a faux pop-up bakery called Celenia’s Cupcakes. The cupcakes looked normal enough, except that they were covered in things like scorpions, matches, thumbtacks, nails and antifreeze.

Commuters looking for a quick bite to eat were obviously confused (although some questioned whether the bizarre toppings were actually made of chocolate). For those who stuck around long to inquire about the inedible cupcakes, the “employees” used the opportunity to explain that sufferers of celiac disease often feel as if they’ve eaten the likes of nails, thorns and other painful objects after ingesting gluten.

According to Hill Holliday, the experience was designed to educate, raise awareness and inspire compassion for sufferers of the disease.

“The fact is, most people confuse gluten-free diets with celiac disease, but they are not remotely the same,” said Rick McHugh, one of the creative directors at Hill Holliday who helped develop the campaign. “We wanted to educate people, in a visceral way, what it’s really like to live with this disease. And we hope this work fosters empathy and understanding for celiac sufferers.”

In addition to the pop-up, the agency created a number of Tasty-esque videos that, at first glance, look like any of the high-speed food-prep videos that clog up your Facebook feed. There is, of course, a twist; for instance, the “Bowtie Pasta” recipe asks people to throw in a cup of multicolored thumbtacks along with cherry tomatoes, mozzarella and black olives. It makes for a jarring visual, one that will hopefully drive home the campaign’s crucial message: People with celiac disease see food differently.

The videos are currently housed on the campaign’s dedicated website and are running on BuzzFeed.