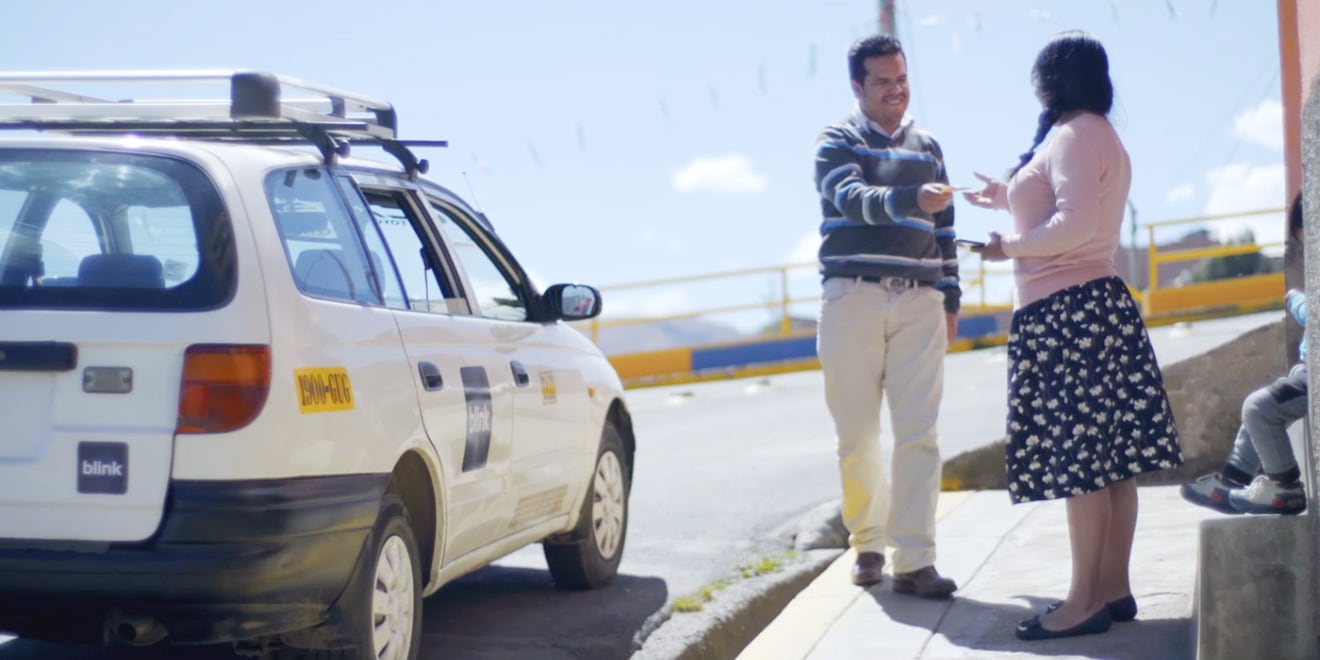 The hope is for Blink's system to expand the number of ATMs in the country nearly twenty-fold.
Ogilvy/Blink
Share
By Patrick Kulp
|
July 1, 2019
Share

In a country with only around 40 ATMs for every 100,000 citizens, Ogilvy Bolivia is taking a page from Uber’s playbook to make cash more available on the go.

The agency is forming an ambitious financial-tech startup called Blink, whereby users can hail nearby taxi drivers to dispense cash in exchange for an app-generated code redeemable for the amount plus a small commission at an ATM. The idea has already won a gold innovation award from Latin American awards festival El Ojo de Iberoamérica and a fundraising contract from a fintech accelerator ahead of its planned October launch.

Ogilvy Bolivia CEO and chief creative officer Henry Medina said the project started as way for client BCP Bank to expand its ATM network in the country, but he later decided to take it independent in order to capitalize on the earnings potential. Medina first conceived of the idea last summer and began development on a prototype that December. The final release is set for October 2019, at which point Medina wants to enter it into next year’s Cannes Lions Innovation contest.

While World Bank data shows that the number of ATMs in Bolivia has ticked slightly upwards since 2008, growth has also begun to slow or even decrease in more recent years, and Medina said the ATMs that do exist remain overall less accessible to poorer Bolivians. The hope is for Blink’s system to expand the number of ATMs in the country nearly twenty-fold.

Latin America is generally known in the advertising world as a breeding ground for campaigns centered on product innovation, but Medina said a startup of this scale and complexity was a first for the agency.

“I think that this kind of innovation project tends to come from Latin America because ‘the need is the mother of creativity,'” Medina wrote in an email.

“A little country like ours never gets this kind of attention,” Medina said.