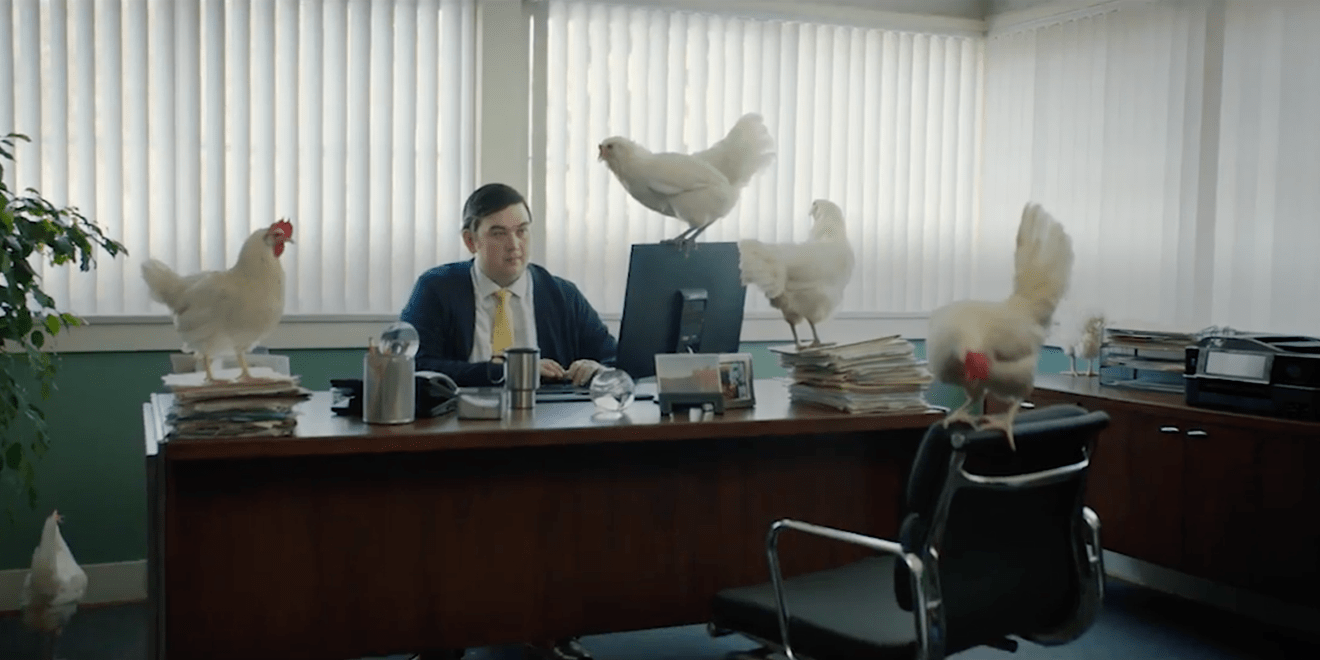 When you borrow money from friends, always pay them back in a timely fashion — or else they might pay you back, as it were, in some especially nasty ways.

Watch this amusingly mean-spirited spot by TDA introducing FirstBank’s Zelle mobile payments app to see what can happen when the chickens literally come to roost:

Slippers nailed to the floor. Powder inside a hairdryer. A confetti car bomb. Hens overrunning your office.

In and of themselves, any of these pranks would be extremely annoying, to say the least. But, apparently, your friends have devised a way to make them even worse, by forcing you to experience the discomfort and humiliation in cinematic slow motion, with ominous something-baaad’s-gonna-happen music blaring in your ears!

Actually, the stuff shown here isn’t all that upsetting when you consider that financial institutions and corporate lenders often punish folks in far scarier ways. Compared with a ruined credit rating and the like, a face full of talcum or freshly feathered desk don’t seem so bad.