DDB New Zealand crafted the homage to the Bug 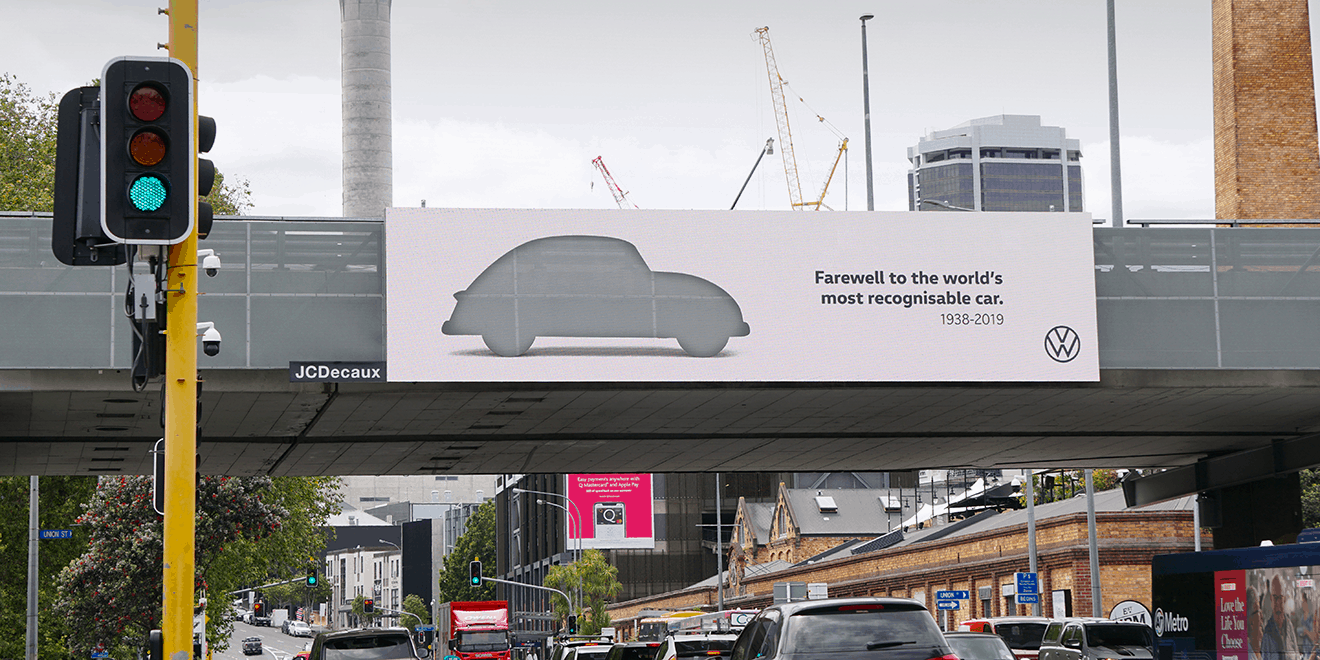 Imagine the kind of legacy one would have to build in order for even its mere silhouette—ostensibly, the vaguest of likeness—to be instantly identifiable.

For example, Alfred Hitchcock and the original Charlie’s Angels lineup have two of the most famous profiles in pop culture. It’s not just about being distinctive, but possessing the longevity that comes with being a consumer favorite.

The Volkswagen Beetle can certainly boast both an 80-year reputation and an iconic look beloved by multiple generations.

But as the old saying goes, “all good things must come to an end.” Volkswagen is ceasing production on its classic Beetle. And while the very idea may seem unfathomable, the move is a rather notable step into a greener future. Letting go of the old ways may also be a sign from a company willing to grow with its consumers. But it is still a notable cultural shift in a number of different areas. 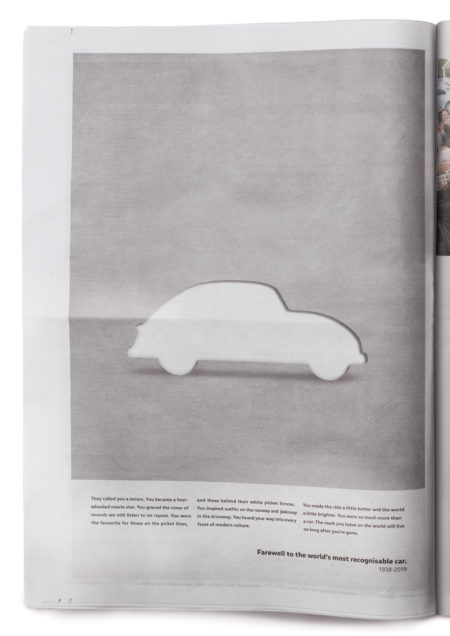 In a final homage to the veteran vehicle design, DDB New Zealand teamed up with the German manufacturer to literally cut out the tiny car shape from some of its advertising. “The Last Beetle” is a print, social, and digital campaign that emphasizes exactly what the famed design is leaving behind. In this very literal case, it’s a Bug-shaped hole. In a greater sense, however, it’s a silent reminder of a long-gestating history and the culture that helped it prosper. 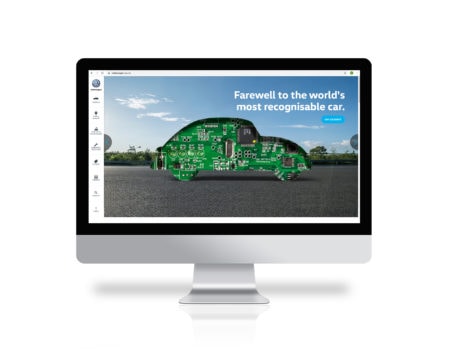 “The Beetle has been the focal point of so many great pieces of work over the years which have become almost as famous as the product itself,” said Rory McKechnie, creative director at DDB New Zealand. “It was important to us that we celebrate both the car and the creativity that has surrounded it for so many years.”