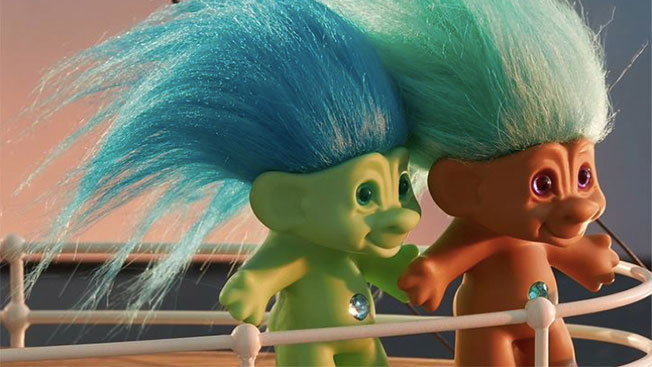 How did Target really feel about Mike Melgaard posing as a Target customer service rep on Facebook and caustically replying to angry messages left by haters opposed to Target's gender-neutral product labeling?

The retailer issued a pretty dry statement after AdFreak broke the story yesterday. ("Clearly this individual was not speaking on behalf of Target," it said.) But behind the scenes, the brand was apparently loving it—at least judging by this Facebook photo that Target posted on Thursday evening.

The photo showed a couple of toy trolls. The caption read: "Remember when Trolls were the kings of the world? Woo hoo! They're back and only at Target stores." 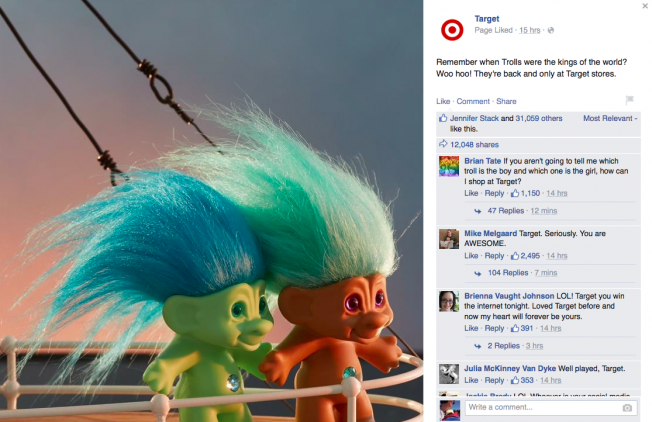 Not only was this a clear reference to Melgaard's antics, but Melgaard himself responded in the comments—under his own profile—writing, "Target. Seriously. You are AWESOME." (With almost 2,500 likes, that is the most-liked comment on the photo.)

Target didn't reply to Melgaard's comment (it probably decided it has to keep its distance, officially). But it did obliquely refer to his trolling in a reply to the second most-liked comment on the thread:

Following Melgaard's expert trolling, Target's post is pretty devious as well. And it confirms Melgaard's earlier hunch that, yes, Target's PR people are smart enough to know that a guy like Melgaard is their friend, not their enemy.