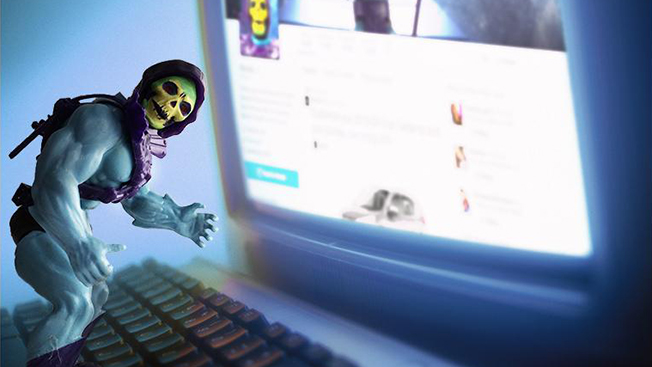 One of the universe's greatest villians has conquered the Twitter feed of one the world's most recognized automotive brands.

Yes, it appears that Skeletor, the nemesis of He-Man (both of '80s Saturday morning cartoon fame), has manned the controls of Honda's Twitter account, coinciding with the brand's newest campaign featuring famous toys promoting the Happy Honda Days sales event.

The exchanges are actually pretty hilarious and range from trolling He-Man to sharing his #ManCrushMonday. Take a look:

Here's where it all went down:

Twittersphere: It is I, Skeletor! Now that I have control of Honda’s account, no one is safe! Muaha! #Skeletakeover pic.twitter.com/7DCH2aw9lh

I wonder what He-Man is getting for #CyberMonday. Probably a bedazzled loincloth. #SMH #Skeletakeover pic.twitter.com/XTtWirIInp

Takes one to know one:

No brand is safe, even Charmin:

.@Charmin I didn't realize your comfy bed linens could also be used as currency. I have much to learn. #Skeletakeover pic.twitter.com/WjHVV9GVyl