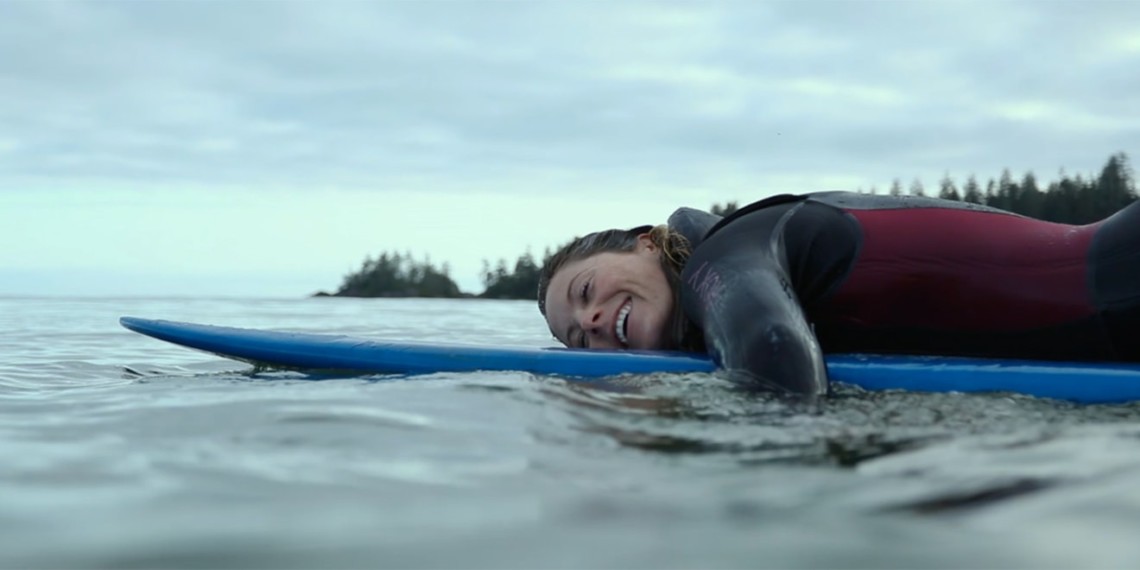 Whether you’re working at a New York hedge fund and dreaming of a life dedicated to fly fishing or you’re one of the world’s most ambitious athletes looking for a humbling way to reset your aspirations, there’s always value in shifting your perspective.

In a new series of long-form spots for gear brand Yeti, director Stacy Peralta—best known as a co-founder of the iconic Powell-Peralta skateboard company and for his films about skate culture—captures the thoughts, hopes and uncertainties of those who seek purpose and transformation in the outdoors.

For the launch of Yeti’s Hopper M30 soft cooler, Peralta and creative agency Giant Spoon (Adweek’s 2018 Breakthrough Agency of the Year) trekked out into stunning and serene backdrops to profile some of the Yeti brand ambassadors.

The product takes a subtle supporting role in the campaign, which kicks off with spots featuring snowboarder Robin Van Gyn and fly fishing guide Oliver White.

“Yes, we’re advertising a product, but the product never upstages the character or story,” Peralta tells Adweek. “In fact, Yeti has not asked us to highlight the product at all. They simply want it as part of the toolkit of what these guys do with their lives.”

Yeti CMO Melisa Goldie says Peralta was an easy choice to direct the campaign, thanks to his combination of documentary filmmaking chops, experience with boundary-pushing athletes and personal history of reinvention—a key theme of the campaign.

“I’ve been at the brand nine months now, so I’ve been really digging deep into what makes this brand so special, really peeling back that onion every day,” Goldie says. “And one of the things I’ve found about the brand—through our ambassadors, our customers and even the employees—is this brand has deep roots in humility, curiosity, adventure and always being in the pursuit of happiness. Stacy embodies that.”

Peralta was a key figure in the explosion of skateboarding into mainstream culture in the 1980s and ’90s, assembling Powell-Peralta’s legendary “Bones Brigade” team that included Tony Hawk, Steve Caballero and Rodney Mullen.

But like the people whose stories he helps tell in the new Yeti spots, Peralta avoided the temptation of letting his life follow a straight line of success. In the early 1990s, Peralta left his company to pursue his passion for filmmaking (which had been key to the Bones Brigade’s niche marketing success). He has since helmed a mix of documentary and feature films like Lords of Dogtown, Crips and Bloods: Made in America, and Bones Brigade: An Autobiography.

Peralta, Yeti and Giant Spoon wanted to create stories that, above all, humanized the brand ambassadors and helped viewers identify with them—rather than feeling intimidated by talent or envious of a jet-setting lifestyle.

“The consumer wants more nowadays. They want to know authentic storytelling,” Goldie says. “They want you to get into their lives and have empathy. That’s the beauty of this brand. Yes, we have incredible products that work hard and are unbelievable, but at the end of the day, it provides enjoyment. It allows you to have more time in your life to pursue the things that are important to you.”

As a commercial director, Peralta has carved out a reputation for blending intense and authentic emotion with the epic settings of the outdoors, such as in his “Question Madness” spot for The North Face with agency Sid Lee.

Peralta says that when it comes to ad work, he’s only drawn to the kind of spots where a brand is elevating and celebrating stories grounded in humanity rather than those forcing a product out front and center.

“I’m not interested in just celebrity endorsements or athletic endorsements,” he says. “I can’t do anything with that. There’s nothing to tell there. Just having a basketball player hold up deodorant over his shoulder, and say, ‘I use this. So should you.’ I wouldn’t know what to do with that.”