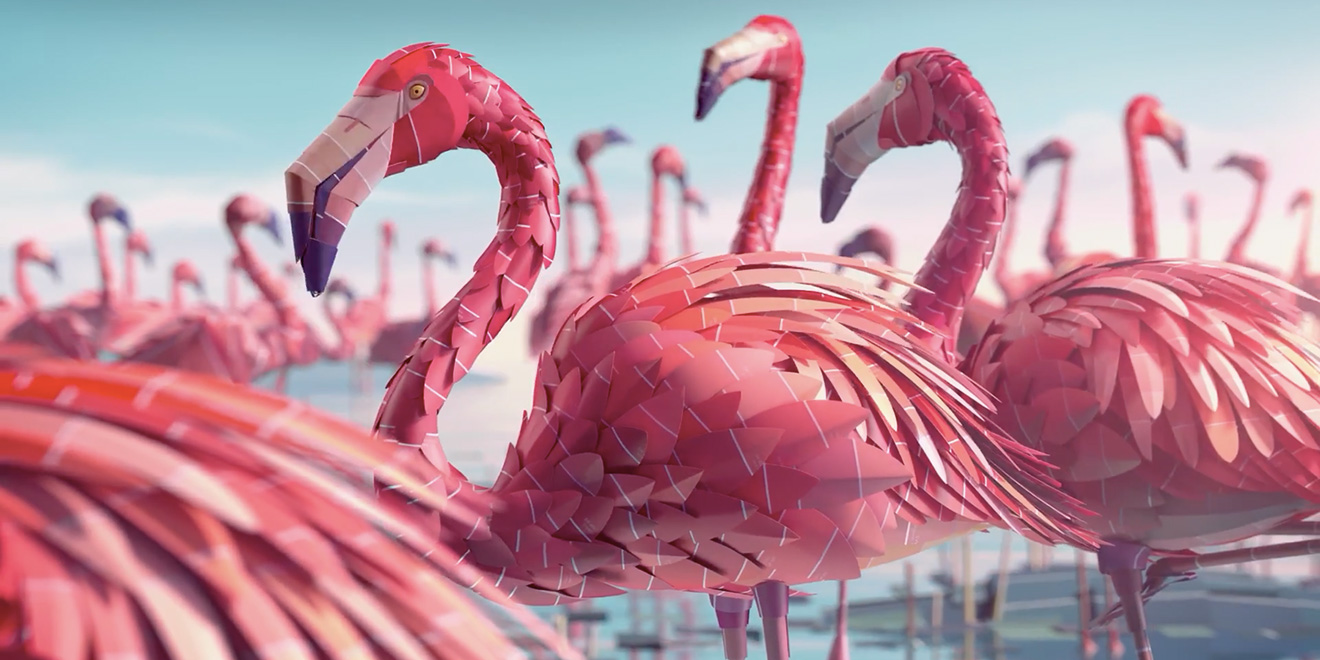 It took nearly 30,000 paint chips, along with 24 production artists working a total of 5,600 hours, to bring this majestic menagerie to life for 30 seconds:

“We know people aren’t inspired by paint itself. What people really care about is the transformation a coat of paint can provide,” says Jonathan Cude, chief creative officer at McKinney, which developed the spot with Buck Studios. “Our worlds of color chips are about inspiring you with the possibilities for your home.”

All told, 30 unique models appear, and the level of detail is striking. You’ll note that the flora, rocks and even the shimmery surface of a lake are constructed from paint tiles.

And as it turns out, true colors come shining through.

“We originally thought about featuring a beautiful, orange-striped tiger,” says Cude, “but we had to stay geographically accurate. Tigers live in Asia, not Africa.”