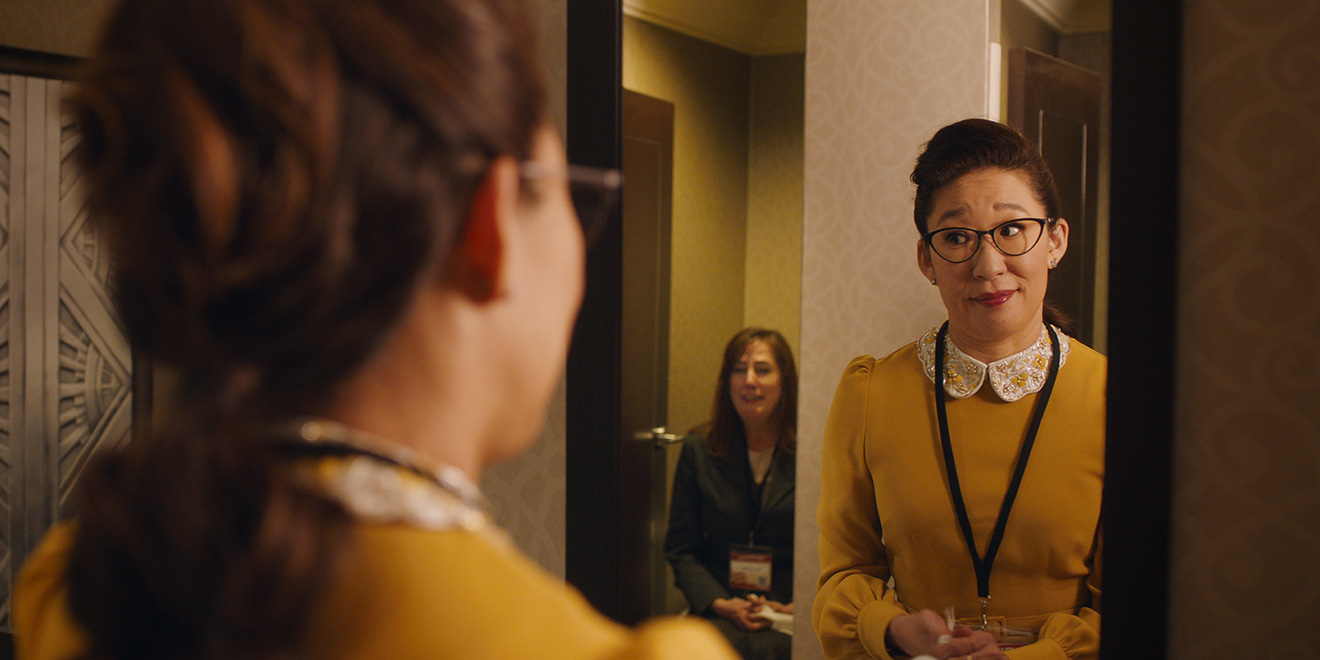 Who can you trust for an honest assessment of the movies being screened at Reel Canada’s National Canadian Film Day 150 on April 19?

Grey’s Anatomy alum Sandra Oh certainly seems like a good bet, based on her character in “The Woman Who Can’t Lie,” a cinema ad from Leo Burnett Toronto directed by actor and screenwriter Don McKellar.

Oh’s exaggeratedly prim demeanor and deadpan delivery carry the day, as she critiques everything from the “gum-to-lip ratio” of a woman she meets at a party to the unfulfilling sexual performance of a chagrined partner:

In a second spot, directed by Atom Egoyan (Exotica, Chloe), Vinay Virmani portrays “The Man Who Was Always Late.” In one scene, he’s even late to his own funeral, which probably qualifies as deadpan humor of a sort:

He missed Film Day 150 because he’s always late! Haha, his life’s not worth living!

McKellar, Egoyan, Virmani and Oh all hail from Canada, and they do fine work in these breezy promos touting Film Day as “The world’s largest film festival. Ever.”

Hey, it can’t be the best one ever, because they’re showing Canadian films. Amirite!? (It’s actually no fun ragging on the Great White North since our last presidential election. Canada seems like a paradise now!)