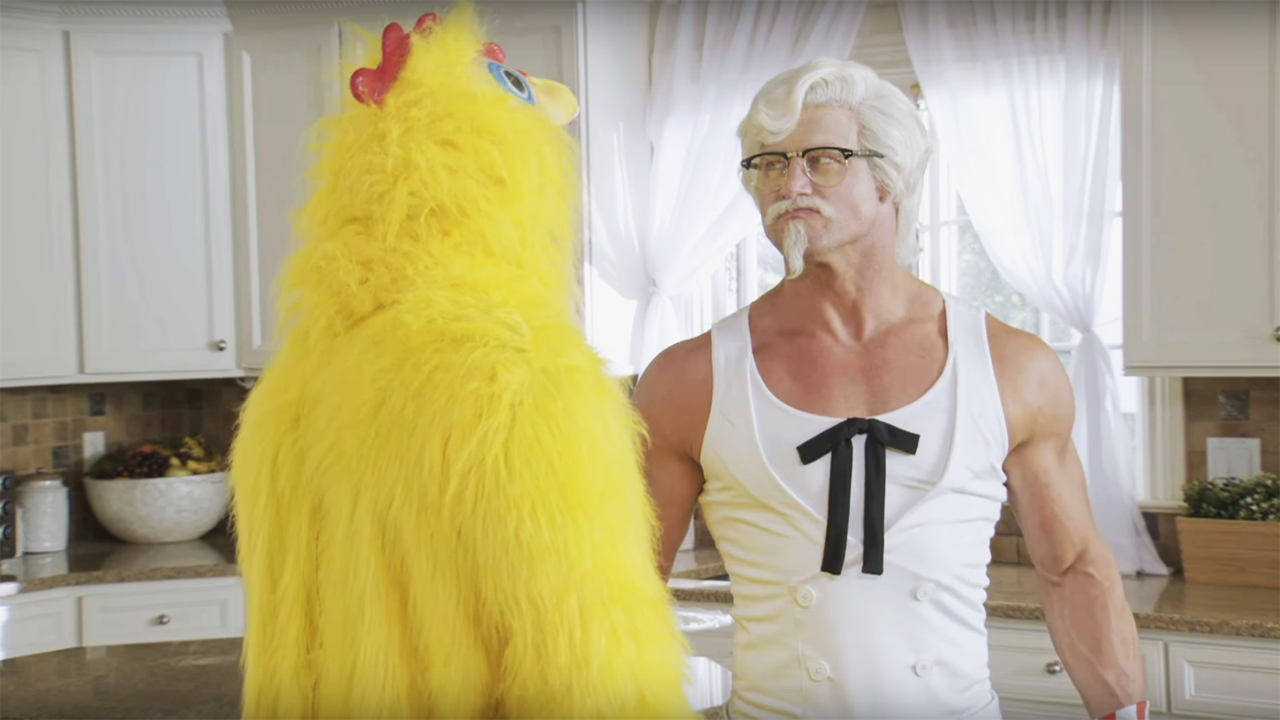 We've seen several Colonel Sanders incarnations over the past year, but while most have been about finger lickin,' this one's focused on ass kickin.'

At this weekend's WWE's SummerSlam (which has become a veritable brand bonanza), the professional wrestling organization unveiled its ad partnership with sponsor KFC. The resulting video, which you can watch below, will run as an ad on WWE Network throughout the rest of the year and into 2017.

While previous Sanders iterations have been played by comedy icons like Norm Macdonald, Darrell Hammond and Jim Gaffigan, this time around the part went to WWE star Dolph Ziggler, who faces off against the feathered nemesis played by fellow wrestler The Miz.

Who will survive, and what will be left of them? Let's find out: