Startup Shocase digs into the strategy 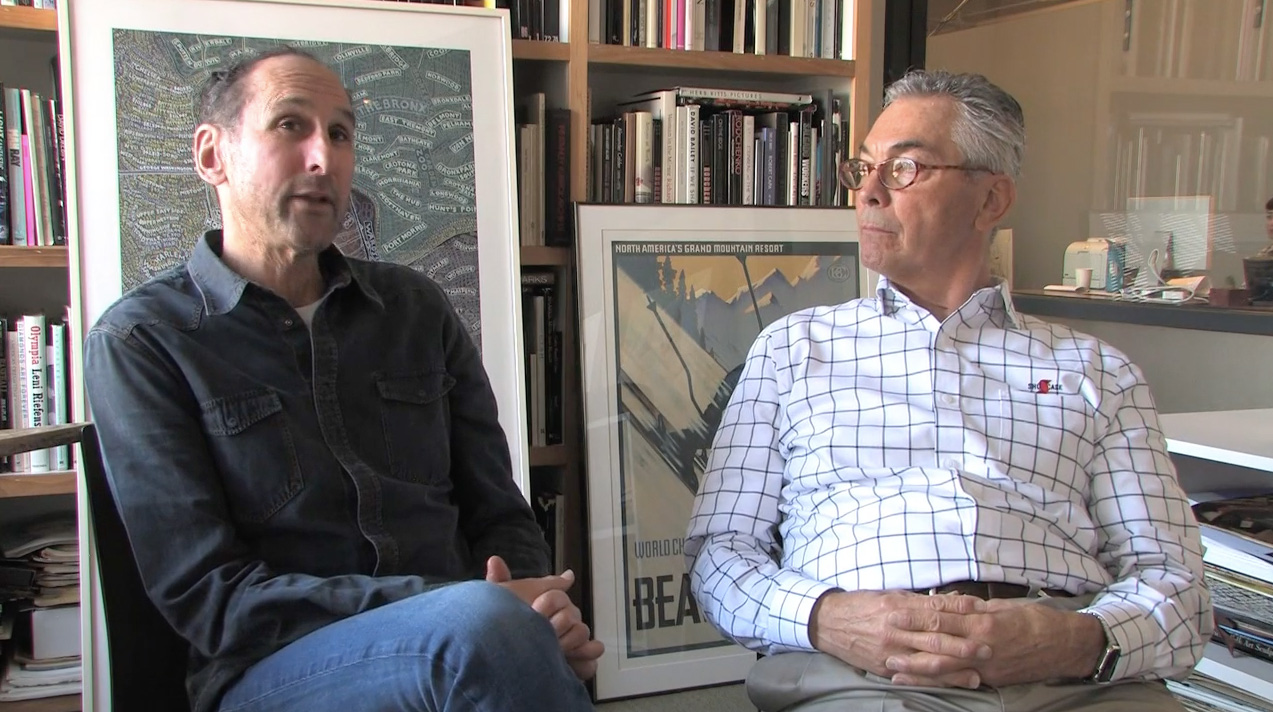 The eight-minute interview, produced by Shocase, a social network for marketing professionals, takes a behind-the-scenes look at the contributions of Goodby Silverstein & Partners—Silverstein's namesake agency—in pitching the Bay Area for the big game.

Embedded in the clip is an older promo, which the San Francisco bid team played back in 2013 for the NFL owners who decide where the Super Bowl is held.

That video hinged on casting Silicon Valley as a hot spot for innovation, suggesting, tongue-in-cheek, that the area's history as a center of football innovation shaped its current status as a hotbed of modern industry. (In the early '80s, Walsh refined a strategy of stretching the opposing defense with short horizontal passes while coaching the 49ers, leading the previously struggling team to three Super Bowl wins. The strategy has since spread, through Walsh's protégés, across the country.)

Later in the interview, Silverstein also discusses a subsequent effort—in the form of a trick "star-studded Super Bowl commercial" that only ran on AM radio during the 2015 game—to rally support for this year's event, by promoting the host committee's philanthropic arm. So far, the group has pledged $12 million to 100 local nonprofits, after raising some $50 million from Bay Area corporations.

That hasn't shielded funding around the event from controversy—a recent government report found that San Francisco taxpayers will be picking up some $4.8 million in costs related to festivities leading up to the game. The city is currently projecting a $100 million shortfall for the fiscal year starting July 1, and mayor Ed Lee is asking city departments to cut their budgets by 3 percent. Santa Clara, where the game will actually be played, negotiated a deal by which the host committee will pay the city back for expenses related to the game.

Nonetheless, Shocase's video is an entertaining little bit of inside football. The tech startup's founder and CEO, Ron Young, an alum of companies like Levi's, CVS and Electronic Arts, hosts. He and Silverstein—an early adopter of Shocase—have strong rapport. And overall, it's a clever way to display the spirit of the tech startup, which launched last year and focuses on helping various marketing professionals connect around their work portfolios.

Because it's still advertising, that might include glossing past some inconvenient details—the precise reality of how San Francisco won hosting honors is, perhaps obviously, more complicated than the video makes it seem. In the runup to the NFL's decision, Florida's legislature declined to pay for renovations to Sun Life Stadium, home to the Miami Dolphins, significantly undercutting the bid of that city—the only other finalist for Super Bowl 50. The Sunshine State's decision also hurt Miami's bid, as this year's runner-up, for next year's Super Bowl 51. Houston, not in the final competition for 2016's game, won the 2017 event.

San Francisco's jockeying for the golden anniversary game began at least as early as 2012, when it negotiated help with a bid as part of its deal to free the 49ers from their lease at Candlestick Park—so they could move to a new stadium at Santa Clara (later sponsored by Levi's, and now, plenty others). Bay Area philanthropist Daniel Lurie, whom Silverstein references, was a key player in shaping the joint effort to bring the game to the region. But arguably, the groundwork stretches even further back to 1999, after San Francisco won, then lost, a bid for the Super Bowl due to a failure to renovate Candlestick Park—and the NFL commissioner at the time promised the Bay Area a Super Bowl within 18 months of getting a new stadium.

Regardless of knotty mechanics, factual nitpicks and Silicon Valley rah-rah, it's fun to watch Silverstein and Young crack about "rich son of a bitches" NFL owners with "rings" and "money" whom you "can't tell anything." And it's hard to blame them for wanting to take a victory lap—the last time San Francisco hosted a Super Bowl was in 1985.