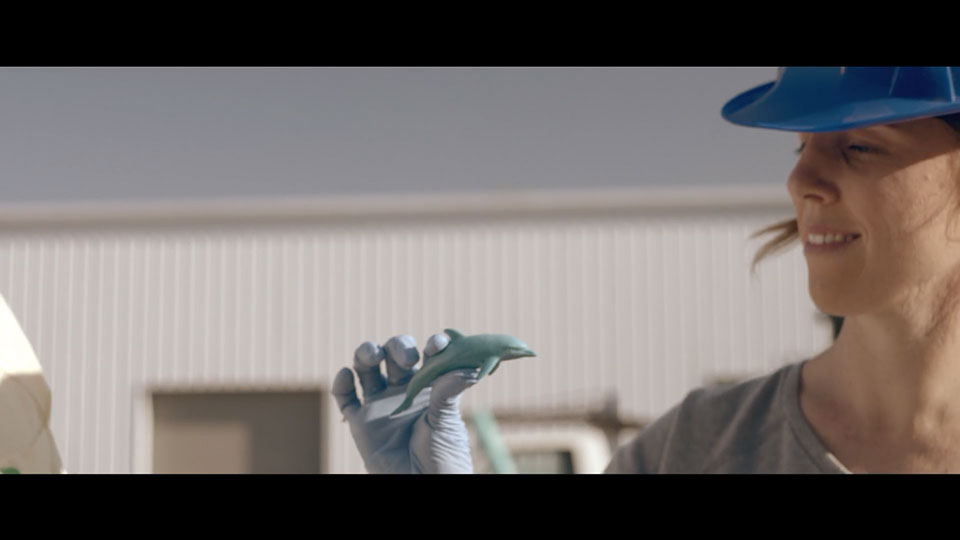 If you think rigorous scientific research is boring or self-serving, this short film from the Netherlands just might change your mind.

Amsterdam-based agency 1Camera and director Hugo Keijzer employ some deft storytelling as they follow five scientists from different fields around the world, all working to improve people's lives in significant ways. Running more than four minutes, the film is the cornerstone of "Science Can Change the World," a new campaign from Royal Dutch DSM, a life and materials sciences company.

The film, "Unsung Heroes of Sciences," will be shown at more than 50 events throughout the year, and has been seeded to blogs and uploaded to DSM's digital channels. The target audience is the scientific community, governments, NGOs and, perhaps most importantly, the general public.

"People often think that science is there for the sake of science," says DSM global brand, digital and communications director Jos van Haastrecht. "We really would like to shift the perception to science for a societal purpose."

To achieve that aim, the five scientists—selected from a list of 100 candidates—are shown in a mix of documentary footage and vignettes in which they recreate episodes based on their actually experience. Richard Little and Robert Irving of New Zealand design bionic legs for those who have lost limbs, while in Tanzania, Bart Knols develops an affordable way to fight malaria. Saumil Shah grows algae on Thailand rooftops as he strives to eradicate hunger, while San Francisco's Molly Morse converts methane gas into biodegradable plastics.

Knols nails the overarching message when he says at one point, "This is not about research. This is about the lives of real people." Indeed, science isn't placed on some grand pedestal. Instead, we see complex, driven folks using their intellectual gifts to help others, and we gain insight into their motivations and the personal and professional hardships they strive to overcome.

"Showing the real scientists in the film makes it all the more powerful, but also somewhat challenging since they had no acting experience," says 1Camera partner J.P. de Pont. "So getting these non-actors to act in their own story was a concern. However, because the struggles are such an everyday reality for these and most scientists, the emotion was already in them. And with the help of supporting actors, director Hugo and producer Ellen to make them feel comfortable, they performed great—at times, so great that it's easy to forget that they are not actors."

Some of the scenes are hugely compelling, notably the segment where Amanda, a paraplegic, tries on Little and Irving's bionic legs and says, "It just felt like I got to reclaim a bit of me that's been lost." De Pont recalls, "When she stood up for the first time, the whole room, including the crew members, were fighting back their tears because of the sheer emotional impact." The crew knew they had captured "a beautiful moment that gave the most tangible proof that science can in fact change the world."

One fictionalized scene, where Morse gets turned down for funding and tells a roomful of suits that "people like you are the reason our planet is going to hell!" veers into TV-movie territory. But it still works, because, for whatever reason, you don't expect a dedicated scientist to express frustration so strongly from the heart.

At times, the film resembles commercials from sneaker companies that show athletes going through their painstaking routines (running for miles at dawn, pumping iron, etc.) as they overcome adversity and emerge as winners.

"We were inspired by the perseverance that scientists show in facing endless challenges, much like top athletes," says 1Camera creative director Jasper Claus. "But unlike top athletes, you'll probably never hear about these scientists, even though their work affects our daily lives and actually changes the world for the better."

Thanks to this film, we're hearing about five of them now.