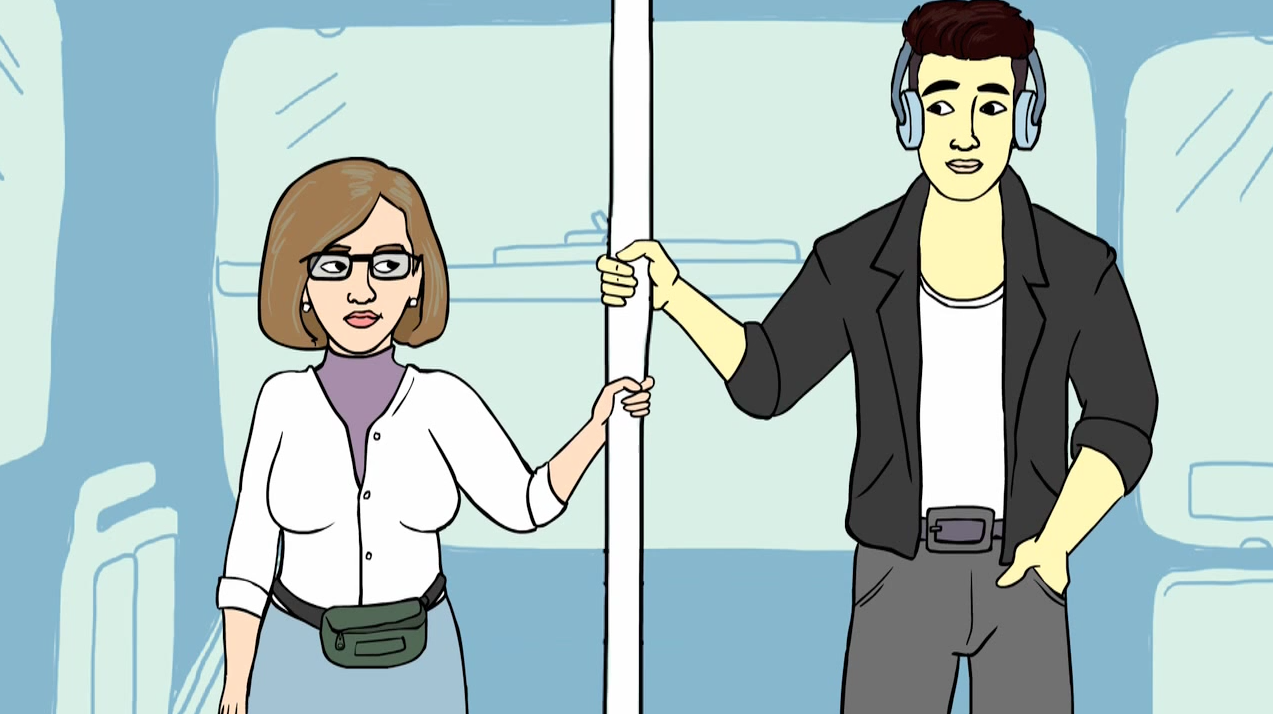 If regular Oreos don't already put you in the mood for love, maybe try the cookie's new Red Velvet flavor. The limited-edition Valentine's Day product stars in a new animated campaign from 360i, and is presented as an awkward aphrodisiac for strangers.

The effects of Red Velvet Oreos might include a woman who looks kind of like a middle-aged Daria sliding her grip up a bus pole to touch the hand of the rocker hunk next to her. (In fact, the whole aesthetic seems inspired by '90s MTV cartoons.) And let's just say the dude is not moving his mitt away, either.

Irresistible cookie romance could also strike at the checkout counter, or 35,000 feet above sea level (because someone couldn't resist a nod to the Mile High Club). In other words, Red Velvet Oreos are like the Axe of cookies. (Its advertising is just—appropriately—quirkier and more subtle than most of the body spray's.)

There are six spots in total, with a new one rolling out each day this week. The brand says they're meant for people who aren't psyched about Valentine's Day. That makes some sense, because while Red Velvet Oreos might be a dubious gift, it's perfectly appropriate to shame-eat a pack while sitting alone at home watching rom-com marathons while everyone else is paired off and having a good time out on the town.

And whether or not Red Velvet Oreos will actually get you laid, one thing is for sure: More people should carry fanny packs with cookies in them.