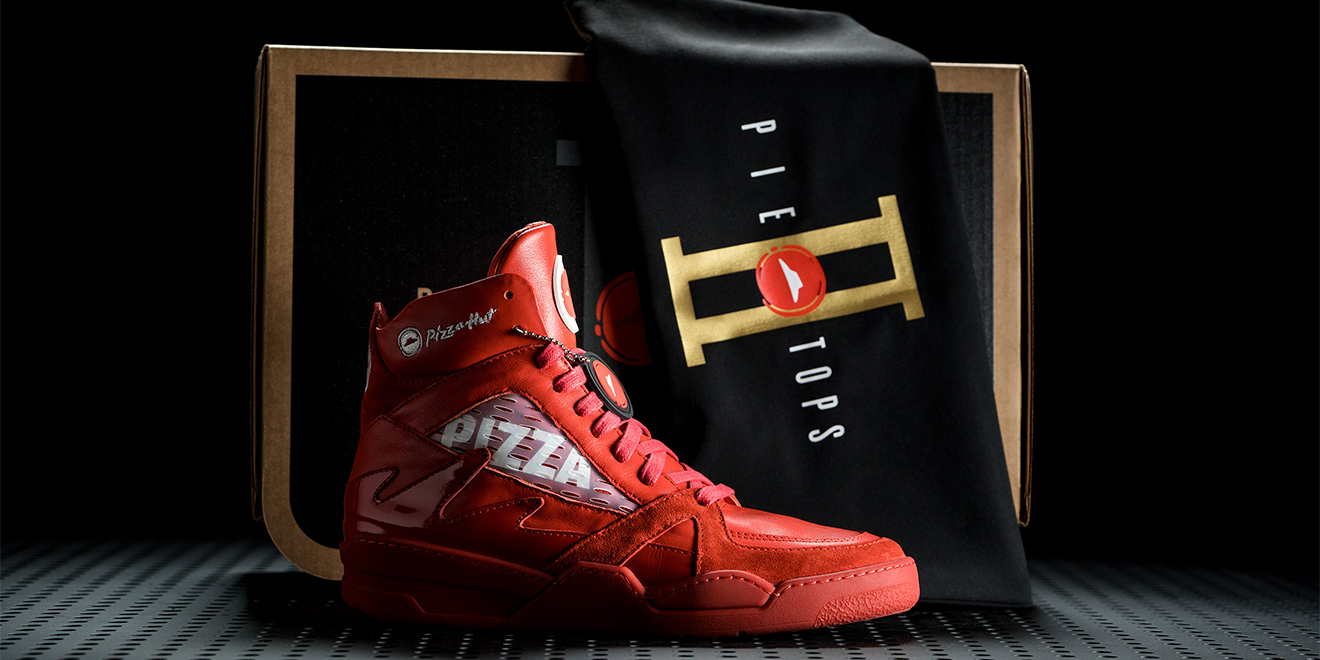 Pizza Hut, Droga5 and the Shoe Surgeon are back for another March Madness campaign with Pie Tops II.
Share
By Erik Oster
|
March 5, 2018
Share

Last year, Pizza Hut and agency Droga5 came up with the idea of Pie Tops, limited-edition high tops that utilize geolocation to allow you to order a pizza at the press of a button, and “Shoe Surgeon” Dominic Chambrone helped bring the concept to life.

This year, in celebration of its second year as the official pizza of the NCAA, Pizza Hut, Droga5 and the Shoe Surgeon are back for another March Madness campaign with Pie Tops II.

“What we love about partnering with him is he specializes in creating custom sneakers, he’s well known in sneaker culture and he’s just a fabulous partner to work with on something as special as this,” Pizza Hut U.S. chief marketing officer Zipporah Allen told Adweek.

Available in both red and wheat colors, with cheese grater mesh on the side of the shoes, cheese-pull laces, and “extreme marinara splash,” Pie Tops II allow you to order Pizza Hut’s deal (two-topping, two medium pizzas for $5.99) and pause the game while you receive your delivery.

“Last year was really about highlighting our ease of ordering with that single push-button order of a pizza,” Allen explained. She added that this year, “we’re most focused on the delivery occasion” and making sure consumers watching NCAA March Madness basketball at home “don’t miss a minute of that action when their pizza gets delivered. You don’t want to miss a play, and that passion and engagement was really the impetus [for the pause button].”

A broadcast spot running in both 30- and 15-second versions highlights the new feature, focusing on a group of friends. After using her Pie Tops II to order pizza, a woman named Jenny then pauses the action to make sure she doesn’t miss anything while answering the door.

The broadcast campaign debuts today and will run through the end of the tournament. Supporting elements include a social campaign centered around a hype video introducing the Pie Tops II (which also debuts this week), media integration with Turner and CBS, a custom content series with Bleacher Report and Yahoo Sports running throughout the tournament and digital assets at Pizza Hut’s website. 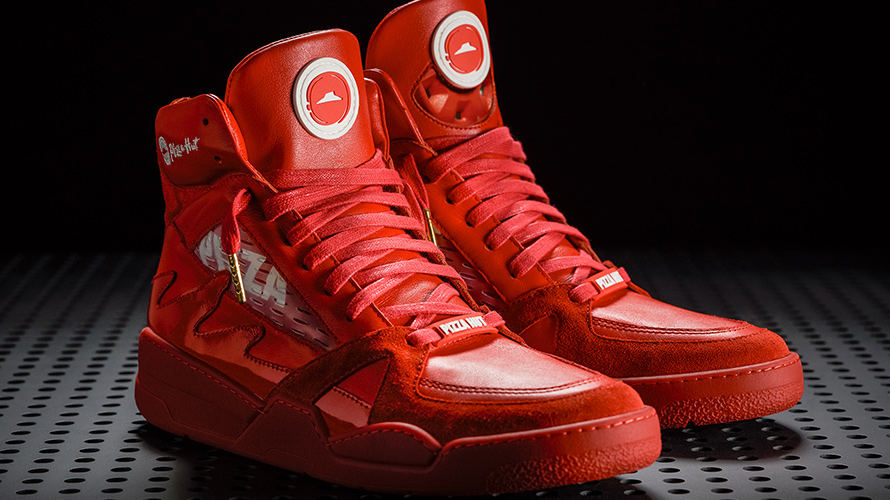 There’s another new development this year: fans can actually purchase a pair of Pie Tops II.

“Last year was a huge success for us, and our fans loved the sneakers. The number one request was ‘Where can I get a pair?'” Allen said.

Last year, 64 pairs of Pie Tops were made available to members of the media, influencers and a few select superfans. This year, Pizza Hut partnered with HBX.com to sell 50 pairs of Pie Tops II during the week of March 19 (coinciding with the Sweet 16 section of the tournament), with 50 more given away via social media and more raffled off at Final Four Fan Fest in San Antonio. 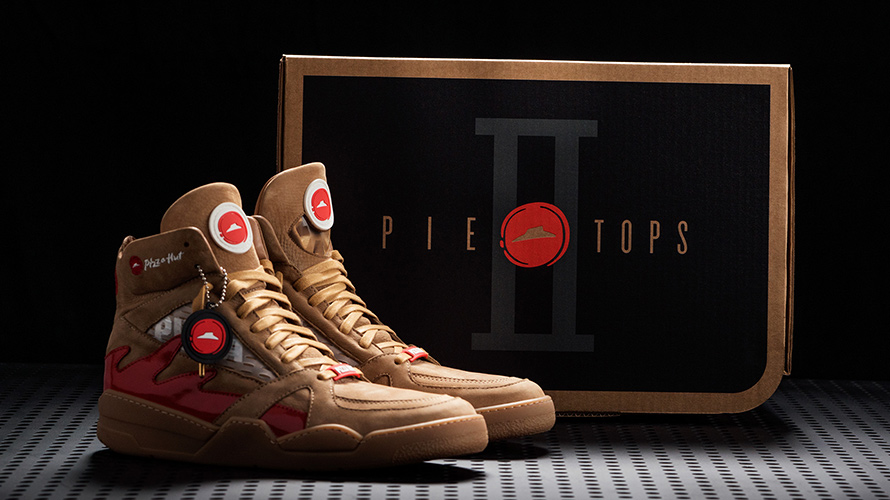