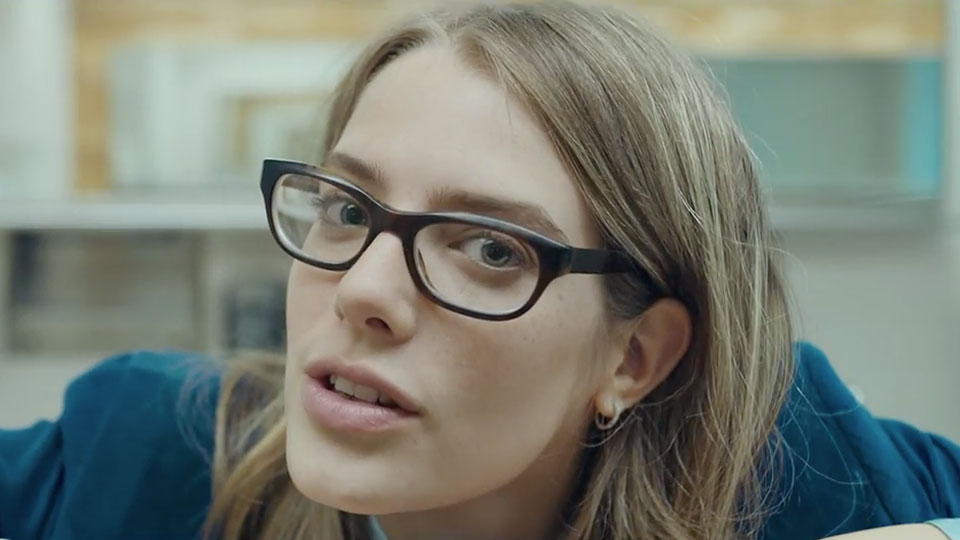 The new brand campaign, themed "Stress Tested for Women," begins with the 60-second spot below, titled "Raise." The plot is simple: A young professional woman is psyching herself up in the bathroom at work to ask her boss for more money.

It's nicely shot (by Aoife McArdle) and very well acted. The scene is full of real drama, as our heroine tries out different approaches in the mirror—and suffers through a horrifying moment when she realizes she isn't alone (though her potential enemy thankfully turns out to be an ally).

Janine Miletic, brand director for North America deodorants at P&G, said the approach here isn't exactly new—that Secret has always shown women's evolving role in society through its advertising. The new campaign, she added, is based around an insight into "stress sweat," which P&G says is biologically different than physically induced sweat.

"We understand the stress that comes with challenging cultural norms and are committed to providing women with high-quality products that can stand up to today's stressors—big and small," Miletic says. "Secret was the first antiperspirant brand made specifically for a woman's needs. We've continued to be on the forefront of innovation for women and that's why we developed product technology designed specifically to fight stress sweat, which is more unpredictable and worse-smelling than normal sweat."

Justine Armour, creative director at W+K in Portland, said the creative team approached the assignment by thinking big—about what it means to be a young woman today.

"What are women still not really 'allowed' to do? What are the barriers they're still up against? What roles and situations still make them feel uncomfortable?" Armour asked. "These are the areas where they're really feeling the stress, and where Secret is going to step up for them in a way that other deodorants can't."

The political bent of the new spot is interesting, and raises familiar questions about how, when and to what degree brands should engage in political causes—and whether tying those causes to particular product benefits engenders loyalty from like-minded consumers or just trivializes the whole thing.

The gender pay gap works nicely as a creative hook here, but of course it would be nice to see the brand take things further by offering resources to women who want to learn more and obtain tools to actually fight the pay gap. (Nothing like this has yet been announced by the brand, or appears on the website.)

On the other hand, the pay gap isn't a particularly polarizing political cause. It's one that many brands could get behind without fearing any backlash, or feeling an obligation to make a more extended commitment. It's also probably good to bring up the issue whether or not the brand really cares deep down about it.

In other words, perhaps the creative hook, on its own, is all Secret needs to worry about.

In any case, it will be interesting to see how this particular campaign develops, and how, exactly, P&G plans to help young women—beyond not wanting to see them sweat.

UPDATE: AdFreak spoke further with P&G about the campaign. "This is the first of three new spots that will highlight new roles millennial women are taking on in society and the associated stress that comes with challenging cultural norms," a spokeswoman told us. "We know that women experience stress is big and small ways, so the campaign will address a myriad of situations."

Asked if Secret is addressing the gender pay gap beyond mentioning it in this creative, the spokeswoman said: "The pay gap is just one scenario in the campaign, but for all the topics we touch on we will be giving young women the opportunity to support each other with honest and real stories about all the cultural challenges they're facing. We want women to be able to connect and share what has and hasn't worked for them as they dare to put themselves out there in the face of stress. We are a brand with a number of women leaders and we've also been very purposeful to work with women creators throughout the campaign. Whenever possible, we've chosen to work with female directors, photographers, creatives and other partners to shape this brand with us."