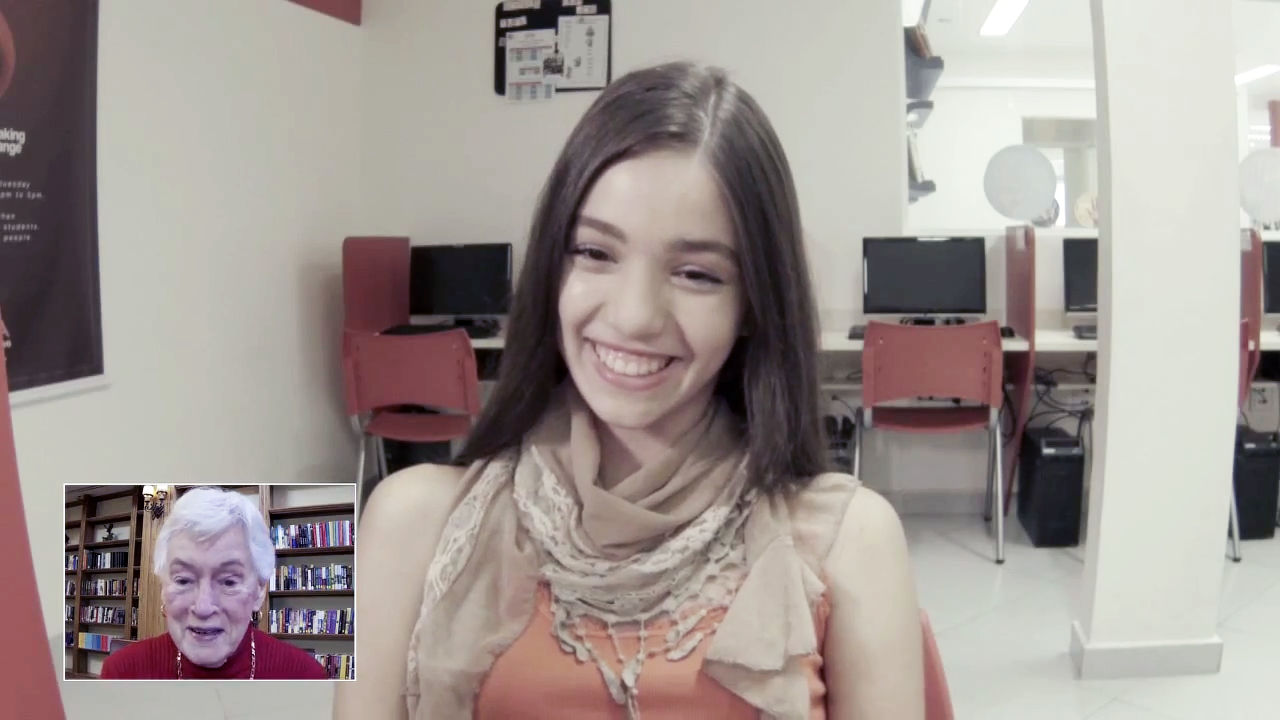 It's such a great, simple idea: Young Brazilians want to learn English. Elderly Americans living in retirement homes just want someone to talk to. Why not connect them?

FCB Brazil did just that with its "Speaking Exchange" project for CNA language schools. As seen in the touching case study below, the young Brazilians and older Americans connect via Web chats, and they not only begin to share a language—they develop relationships that enrich both sides culturally and emotionally.

The differences in age and background combine to make the interactions remarkable to watch. And the participants clearly grow close to one another, to the point where they end up speaking from the heart in a more universal language than English.

The pilot project was implemented at a CNA school in Liberdade, Brazil, and the Windsor Park Retirement Community in Chicago. The conversations are recorded and uploaded as private YouTube videos for the teachers to evaluate the students' development.

"The idea is simple and it's a win-win proposition for both the students and the American senior citizens. It's exciting to see their reactions and contentment. It truly benefits both sides," says Joanna Monteiro, executive creative director at FCB Brazil.