Senator's opponent is a fan of the gaffe 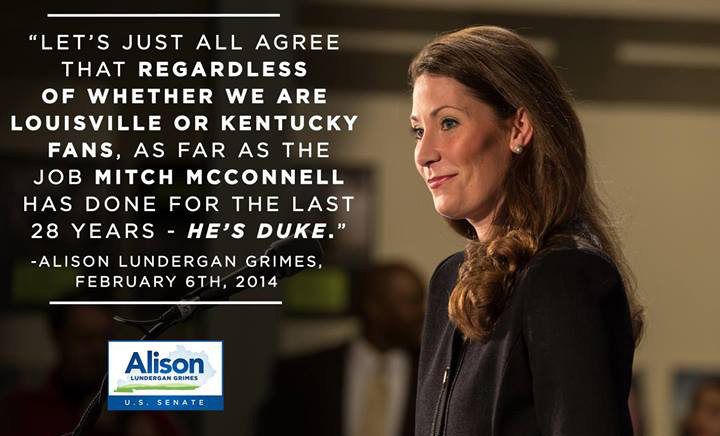 First, the Republican senator from Kentucky becomes the meme of the moment after releasing a baffling long-form ad with no words where he mostly just grins dumbly (birthing the hashtag #McConnelling). Then, he goes and releases a new ad that includes a brief clip of University of Kentucky archrival Duke winning the national basketball championship.

McConnell's people quickly blamed a vendor for the clip (at 1:09 in the video below) and scrambled to take the ad down, but not before every sports news outlet reported it. McConnell's staff then put up another ad with a clip of UK's Julius Randle, but neglected to get permission to use it. So, they scrapped the ad altogether.

McConnell's Democratic opponent has even jumped into the fray. She posted an online ad (see above) suggesting he's been in Congress so long, he doesn't know the difference between Duke and UK—and included a quote of hers from February that strangely predicted McConnell's gaffe.