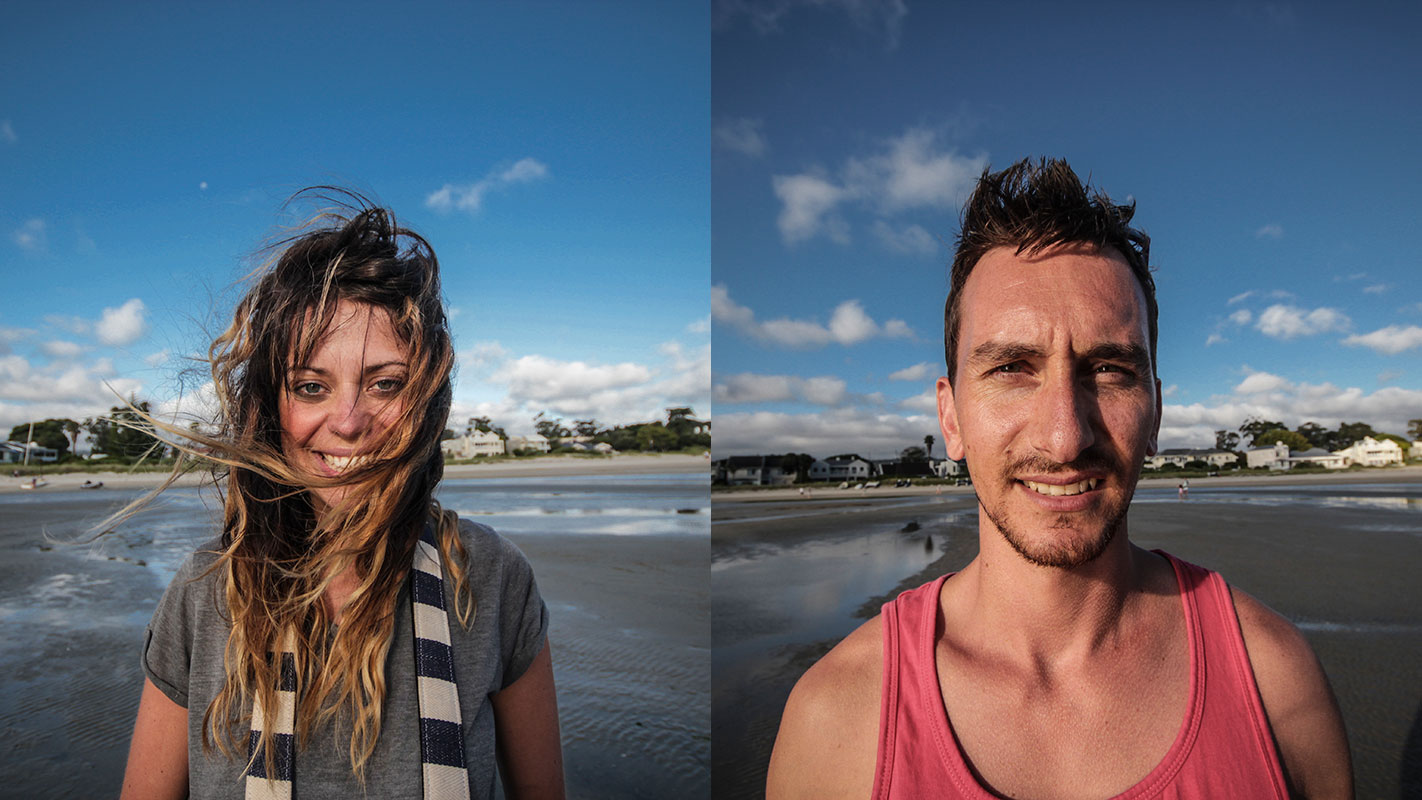 You've dreamed about it. But Chanel Cartell and Stevo Dirnberger are doing it.

After a decade in advertising, the South African couple—inspired by a talk by Stefan Sagmeister—recently quit their agency jobs and hit the road for an epic adventure. They're traveling the world for a year and documenting the experience. But this isn't some Lost in America-style escape plan. The How Far From Home project is intended to be a grand creative exercise that will hopefully recharge their batteries.

What was your advertising background? Did you both have agency jobs?

Yes, we were both in advertising at the time of departure. Steve worked at Joe Public (in our opinion, the best [above-the-line] agency in South Africa) as an art director, and Chanel was the creative director at Cerebra, the best social business agency in Africa (we would argue). We were basically at the top of our game, at the best agencies South Africa had to offer. It didn't get better than Joe Public and Cerebra, and after a combined stint of 15 years in advertising and marketing, we felt we needed a change, and to re-energise our creativity. Did you reach a breaking point where you knew you had to quit?

We wouldn't call it a breaking point, but after nearly a decade in the industry, your feet start to itch (not literally, of course). We were both lucky enough to attend the 2014 Design Indaba in February last year. We went to (the godfather of creative sabbaticals) Stefan Sagmeister's talk, and it was after hearing his theory of "time off" that we knew it was what both our creative minds needed. On a scale of 1 to 10, Stefan rates taking a creative sabbatical as a 12. Every seven years, Stefan closes his New York design studio for 365 days to pursue "little experiments" that are difficult to complete while working full time.

After hearing his talk, and knowing that we couldn't spend the next 30 years simply doing the same thing every day, we made a conscious decision to spend the next year saving every last cent, so we could also enjoy time off to pursue our own experiments, and not live how society says we should. We wanted to challenge ourselves to see how we could excel creatively, and what better time to do that, then right now?

As neither of us had traveled extensively before, we saw this as the perfect opportunity to sponge other cultures, experiences, languages and people, while taking a year to experiment and create. We'd always dreamed of doing strange things like sleeping in igloos, fishing in Alaska (more Steve than Chanel :), and visiting designer cities like Berlin and Copenhagen. With enough savings and smart research, we could travel and experiment simultaneously. How did Up by Jawbone get involved as your sponsor?

A friend of Chanel's imports the product into South Africa, and after hearing about the journey and our focus on creative challenges, he offered us each a band and challenged us to live the #GetUp way (10,000 steps and eight hours of sleep a day). We accepted the challenge, and are completely ecstatic to promote the product in any way we can. It aligns to the How Far From Home vision of staying healthy and creatively stimulated, so it was the perfect partnership.

Can you tell me what expenses they're covering?