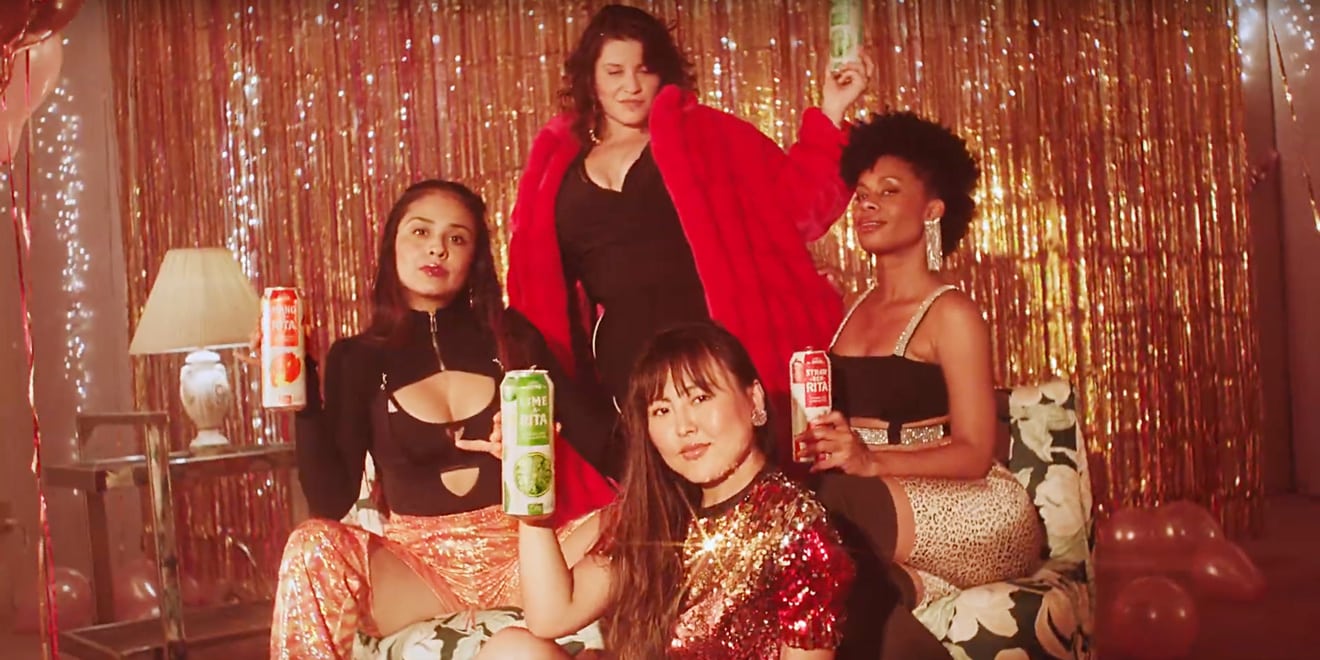 Ritas, the maker of Anheuser-Busch’s line of margaritas in a can, took out a full-page ad in the New York Times on June 25 to make a point about the way people often describe its fruit-flavored drinks.

According to the brand, words like “basic,” “gross” and “trashy” are often used to mock its products, which include Lime-A-Rita, Mang-O-Rita, Water-Melon-Rita and the like. Looking at this not-so-great feedback, Ritas couldn’t help but notice that these are often words used to describe women as well.

To call attention to this, the brand’s print ad encourages women to own these labels instead of feeling ashamed of them. And to hopefully get people to think twice before they use judgmental and sexist language. 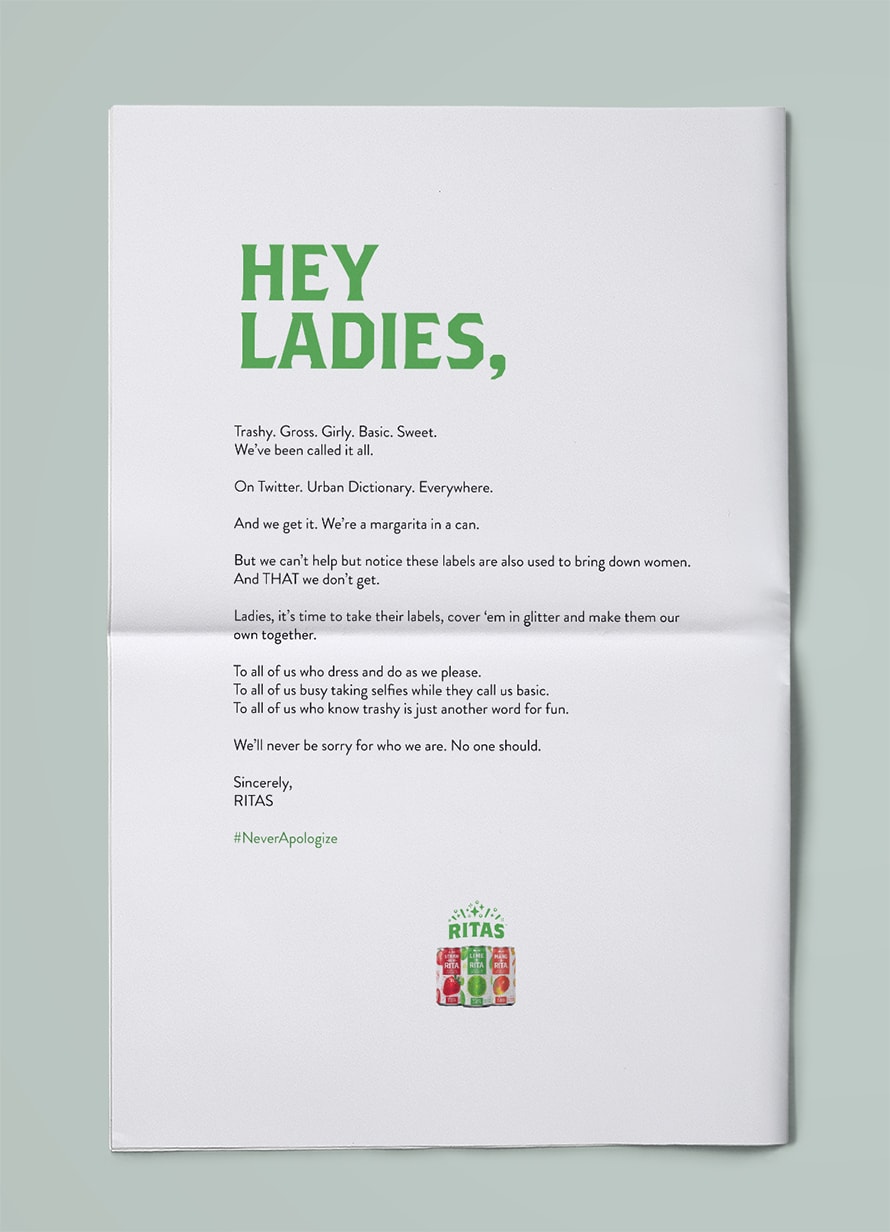 Created by Fallon New York, the #NeverApologize campaign is accompanied by a one-minute video that opens with a handful of tweets, each of which give viewers a sense of the criticism that Ritas has become accustomed to, like people calling its drinks “too sweet” and “nasty AF.”

The rest of the spot features women happily toting around their cases of Ritas and embracing all of the stereotypes and labels thrown their way. The video was directed by Lauren Sick, who was hired for her “ability to capture an authentic portrayal of the human experience,” according to the brand.

The campaign will run throughout the summer with additional out-of-home, digital and social media elements.

Ritas, which bills itself as a margarita in a can but is actually a malt beverage sans tequila, started working with Fallon New York in 2017 following a review.