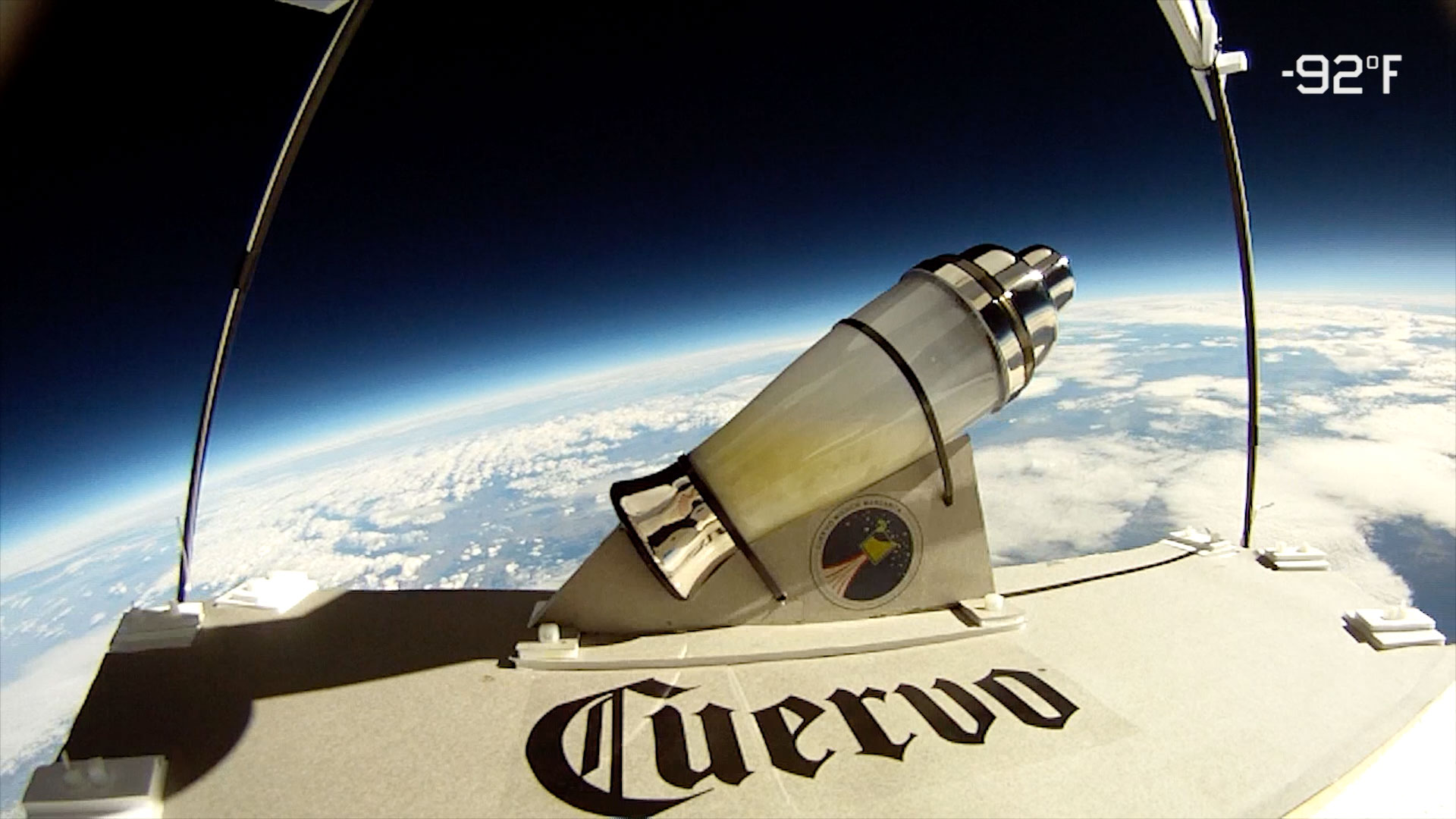 Brands are obsessed with space, getting to space, and anything that's been to space. This week, it was Jose Cuervo's chance to boldly go where no tequila brand had gone before—and hopefully make it home safely.

In honor of National Margarita Day last Sunday, Cuervo and its agency, McCann New York—using aerospace technology and GPS tracking—launched a container of margarita ingredients heavenward, hoping to mix a cocktail in space and parachute it back to Earth.

See how that went in this video:

The agency teamed up with independent space program JP Aerospace, along with scientists who led the Phoenix Mission to Mars, to build and launch the spacecraft. The launch site was Pinal County Park, about an hour north of Tucson, Ariz.

Severe buffeting of winds at high altitude shook the margarita, and the extreme cold froze it. When the capsule reached about 100,000 feet into space, the weather balloons shattered and the capsule parachuted down.

The margarita landed in a ravine 100 miles from the launch site. It reportedly tasted good.