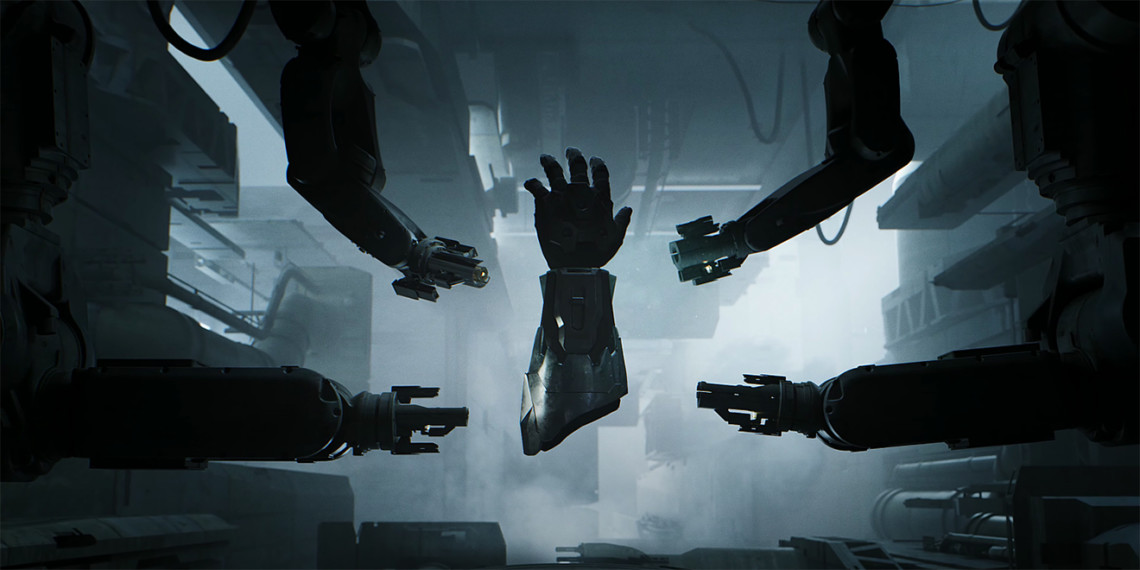 Having debuted nearly 20 years ago, the Halo franchise is one of the most established in video game history. That’s both its biggest strength and biggest weakness when it comes to marketing a new installment of the game.

Each new installment and each new marketing campaign supporting it must live up to the expectations of its predecessors, which is a tremendously high bar given the fact its advertising from agency network McCann has been as iconic as the titles.

As Halo: Infinite prepares to hit the market in time for the 2020 holiday shopping season, the marketing team also faces new obstacles, including a crushingly competitive landscape as Microsoft launches the Xbox Series X console and a global pandemic that has stymied the kind of global cooperation needed to create advertising for a product on the level of Halo.

But the Microsoft marketing team and longtime agency partner 215 McCann navigated those challenges, which included some dramatic planning shifts amid quarantine, and today launched a campaign called Become, kicking off with a cinematic spot titled “Step Inside.”

The ad was directed by Patrick Clair and Raoul Marks, the visual collaborators behind the title sequences of HBO shows Westworld and True Detective, along with Amazon Prime’s Man in the High Castle and Netflix’s The Crown.

“As soon as we knew what we were making with ‘Step Inside,’ we thought of Pat Clair,” said Brad Meyers, creative director at 215 McCann. “Obviously, he’s so well known for the beautiful work he does on opening titles for Westworld, The Crown—all the best intros that people don’t skip through, every episode.”

For years, Clair has been putting on a master class in creating evocative videos that convey a rich world without feeling too dense or complicated for outsiders to enjoy. The team behind “Step Inside” wanted to bring that level of atmosphere and mystique to the launch trailer for Halo: Infinite.

“More than anything else, we wanted this thing to feel like the triumphant return of the Halo that fans love so much,” Meyers said. “Pat brought an insane amount of ideas and details to the armor-building process. He came into the project having already worked out some of the amazing chambers our armor piece goes through, in the facility. The sound chamber, the extreme magnification room, where the metal is shaved—all of that came right from Pat.”

Originally, “Step Inside” wasn’t intended to be the Become campaign’s launch spot. The Covid-19 pandemic’s global impact, which dramatically limited advertising and film production, forced the Halo marketing team to move up and prioritize the video.

“‘Step Inside’ was a piece we had slated for a bit later in the year,” Meyers said. “Suddenly it became the kickoff to our entire campaign. And we’re so glad, honestly, because it’s the perfect way to welcome back Halo and The Master Chief and set the tone for what Become will be for the rest of the year.”

The video obviously had to lean entirely on CGI, compiled and coordinated remotely during the quarantine. Halo marketing under McCann has long found ways to blend live actors with the game’s digital universe, most notably with Halo 3’s highly awarded Believe campaign in 2006.

The creatives behind “Step Inside” wanted to ensure the spot retained the humanity that has separated Halo from other shooter franchises whose marketing focuses on gameplay and graphics.

"Our launch campaign is the very first concept [agency 215 McCann] pitched, and I said during the meeting: 'I don’t think we need to hear anything more. This one is it.'"
—Jonathan Segall, senior manager, Xbox global marketing communications

“We knew we needed the spot to have humanity, even though it’s fully CG,” Meyers said. “Pat Clair and [animation studio] Antibody really helped solve that with this mixture of perfectly sourced stock footage paired with incredibly lifelike digital doubles. And, you’d never know. It feels like those engineers are right there on the space station with The Master Chief’s armor.”

In addition to its compelling visuals and artistry, the spot also includes highly specific details for fans of the sci-fi gaming series to appreciate.

Not only does the ad show the process of creating the Mjolnir armor, which in Halo lore is the most advanced piece of human technology ever crafted and weighs half a ton once complete, but it also adds to that lore by showing a planet in the background that has been strip-mined to the point of devastation to harvest a small amount of the material needed to build the armor worn by protagonist The Master Chief.

“The design and story of all of that was invented specifically for this spot,” Meyers said, “which was amazing to get to add our little spoke to the wheel of Halo lore.”