His Maximum Effort studio put on a masterclass in 2019 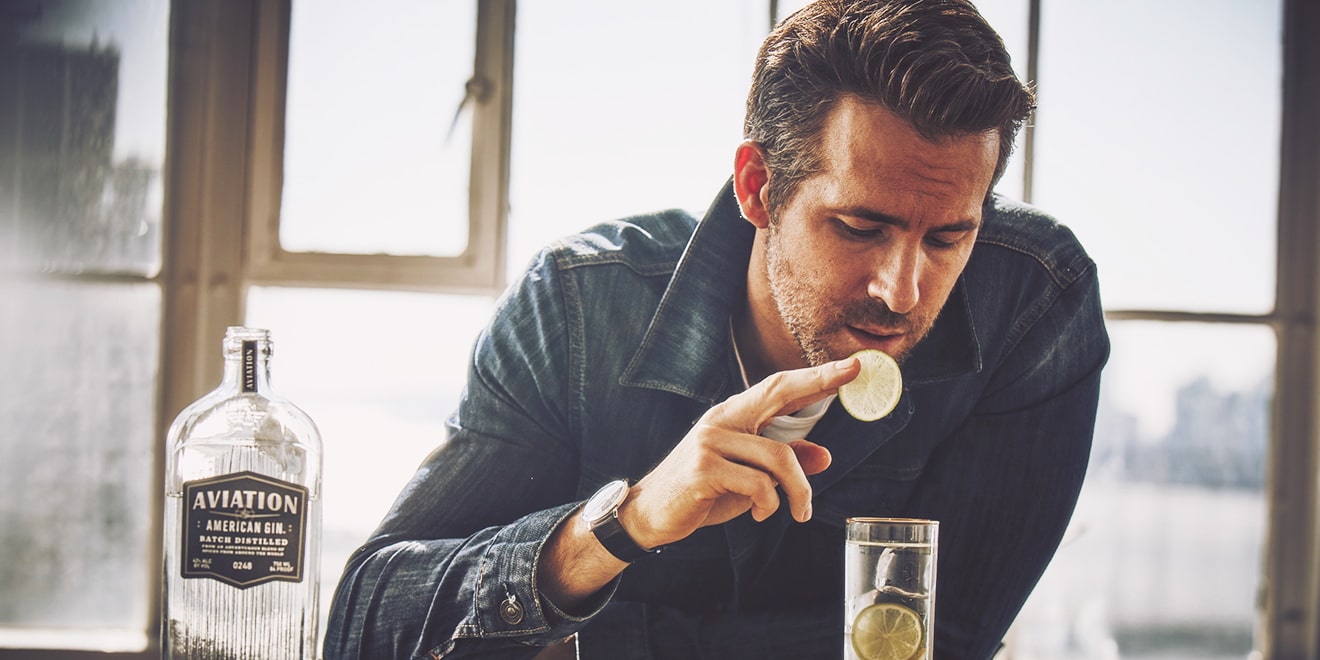 Reynolds bought an ownership stake in Aviation Gin in early 2018 and has been hands-on in concepting and producing its massively popular ads.
Photo by Guy Aroch, courtesy of Aviation Gin
Share
By David Griner
|
December 13, 2019
Share

It began as a text from Ryan Reynolds. Just 75 hours later, it was a published ad, vaulting toward 10 million views.

Aviation Gin’s satirical take on a viral Peloton ad left the countless other parodies looking half-assed and ham-handed, and despite its late arrival on the advertising calendar, it earned the No. 4 spot on Adweek’s list of the Best Ads of 2019.

From its rapid turnaround to its effortlessly sly humor, the spot encapsulates much of what made Reynolds and George Dewey, his partner at Maximum Effort Productions, two of the year’s top advertising masterminds. Throughout 2019, they’ve been putting on a masterclass for building a brand—Aviation, which Reynolds owns—and crafting the next evolution of creative advertising.

Speaking to Adweek, Reynolds and Dewey say their attention-grabbing work comes down to a combination of speed, flexibility, trust and (as the name Maximum Effort implies) the willingness to put in however much work is necessary to bring an idea to life.

“We work with such a small group of people,” Reynolds says, “the escalation from idea to execution is pretty startling and pretty quick.”

Beginning with a text exchange between Reynolds and Dewey, as almost all Aviation ad concepts do, the Peloton Wife parody idea was born on a Tuesday as the fitness brand’s holiday ad went unintentionally viral. By Friday, they had tracked down the Peloton ad’s star, actress Monica Ruiz.

It wasn’t a given that she’d be interested in participating, given that a parody of her own paying client work could have repercussions for her career, or at the very least emphasize her role in an ad many critics were describing as having sexist undertones: a husband buying his wife unsolicited exercise equipment and then seemingly monitoring her progress.

Sensitive to that issue from Day 1, Reynolds personally called Ruiz three times over the lifecycle of the concept and production—including once after shooting wrapped to give her one last chance to back out if she had concerns.

“Most of it was just to make sure that she felt good about everything and to ensure that she felt like she had some sort of authorship in this reaction,” Reynolds says. “We certainly didn’t want to do anything that would even remotely exacerbate the problem. There were just a lot of gut checks from me to her. I know that, early on in my career, I certainly appreciated that when I worked with directors or producers or creators that would check in with me when it was going to be sort of something that reached a larger audience.”

How it all came together

Once Ruiz was on board, everything went into motion dizzyingly fast. The cast, location and crew were booked by Thursday, and shooting began Friday morning at the bar Sam First near Los Angeles International Airport.

As soon as shooting wrapped at noon, editing began, with Reynolds remaining involved throughout via calls, file transfers and Facetime sessions. By 5 p.m. PST, the video and audio were locked in. (The soundtrack, in case you’re curious, is the upbeat cover of “Jingle Bells” by Roger Rivas and The Brothers of Reggae.)

The clock was ticking for Reynolds, who was preparing to board a flight to Brazil for a press tour and was eager to get the finished product posted to his social channels before losing cell service.

“I hit Send on my phone right as I was taking off for Brazil,” Reynolds says. “So I was just hoping and praying it would be able to go out and there wouldn’t be some interruption in the signal.”

Luckily, all the hustle and tight schedules were worth it. The response to the ad, which subtly expands on the Peloton spot’s story rather than directly parodying it, was immediate and rapturous. Views roared in by the millions, and it sparked widespread acclaim from Aviation fans, newcomers to the brand and ad industry luminaries alike.