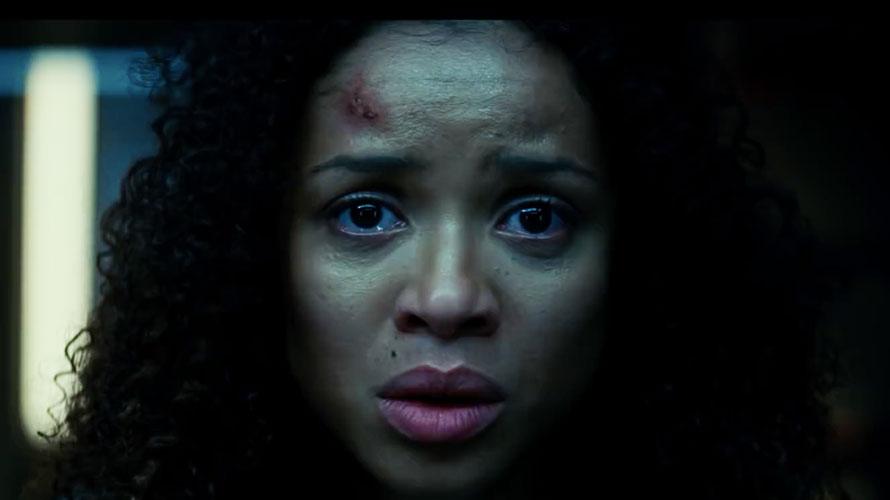 We can see the steps being taken in that direction, even if he’s not there yet. A Super Bowl spot is no small thing, reaching a massive television audience and this year costing in the neighborhood of $5 million. That needs to be added on to whatever Netflix paid to acquire the movie from Paramount. One could argue, though, that similar results could have been achieved with even less advertising.

When I logged into Netflix last night after the game ended, the header of the main page contained the same 30-second spot that had aired on TV. If that’s all that had been done, it would have been discovered by someone, and the news surely would have gone viral on Twitter immediately.

Netflix has always hyped the release dates of major movies and TV shows, letting everyone know they can binge the latest season of Stranger Things, or what have you, over a particular weekend. What’s different here is that the message was much more focused and much more dangerous to the existing media landscape.

NBC, which aired the Super Bowl, was using the coveted postgame timeslot to air a pivotal episode of the hit drama This Is Us. The network spent weeks telling audiences this is finally their chance to (checks notes) watch a guy die. A lot was riding on this.

By releasing The Cloverfield Paradox immediately after the game, Netflix was asking audiences to make a choice: Watch this or that. Everyone who chose Cloverfield wasn’t watching This Is Us. It wanted people discussing Cloverfield in real-time, something many did. Even if just 15 percent of the audience defected from NBC, that’s significant. Netflix clearly wants to compete not just in the “always available whenever you are” market but also the “watch it now and be part of the conversation” world. It’s a new iteration of “appointment viewing.”

No Hype, No Worries

It’s probably a safe bet that few people who don’t follow the movie industry had heard much about God Particle, much less tracked all the changes and issues with the film. So the vast majority were likely viewing the commercial for The Cloverfield Paradox as something wholly new. There were no preconceived notions, no months of buzz or on-set reports or anything else clouding the mind. It was a clean slate.

Who knows how much of that audience—again, outside of film nerds—hold the first two Cloverfield movies in high regard, and so assigned some level of positive brand association to what they saw last night? It doesn’t really matter. As the film industry keeps debating whether movie stars and big-name directors actually impact a release’s bottom line, Netflix is leaning into the notion that “Oh, hey, that looks cool” is the only bar it needs to clear with the audience.

That said, it’s important to note who is involved in this movie. The cast has a few big stars in David Oyelowo, Daniel Bruhl and Chris O’Dowd. But it also includes a number of unknowns and first-time actors. And director Julius Onah is Nigerian. So that it’s a positive step forward for inclusivity, and offering non-white dudes franchise and genre films is a good thing.

It’s worth playing devil’s advocate here. Yes, Netflix has created a lot of buzz for a movie few people were aware of just 48 hours ago. It’s likely that this translated into quite a few views last night and possibly even a fair amount of new subscribers. And the moves certainly hint at a model that can be used again to some success.

It is possible, however, that this wasn’t the unveiling of a powerful new marketing paradigm but a Hail Mary pass to get the movie out quickly before negative word-of-mouth can cool anticipation. If the movie isn’t great, this could be Netflix hoping to make a big splash and recoup its acquisition and advertising spend quickly.

Again, we may never know how many people chose The Cloverfield Paradox as their preferred post-Super Bowl entertainment over This Is Us. When Netflix releases its next update on subscriber growth, there will be some inferences to be made, much as there were with Bright or any of the Adam Sandler original movies the company produces. And it may be that this was just a new twist on the “dump to home video” model that’s been in place for decades.

One conclusion that can be reached is that Netflix stole a lot of thunder from the other Hollywood studios that were counting on making a big splash last night. Not only was there Solo, but Disney also released a new commercial for Avengers: Infinity War. Universal promoted Skyscraper with The Rock, as well as Jurassic World: Fallen Kingdom. Paramount kicked off the marketing for Mission: Impossible—Fallout and advertised the drama A Quiet Place.

Most of that was expected ahead of time. But none of those were available for audiences to take action on almost as soon as the commercials were over. If nothing else, that’s where Netflix won.