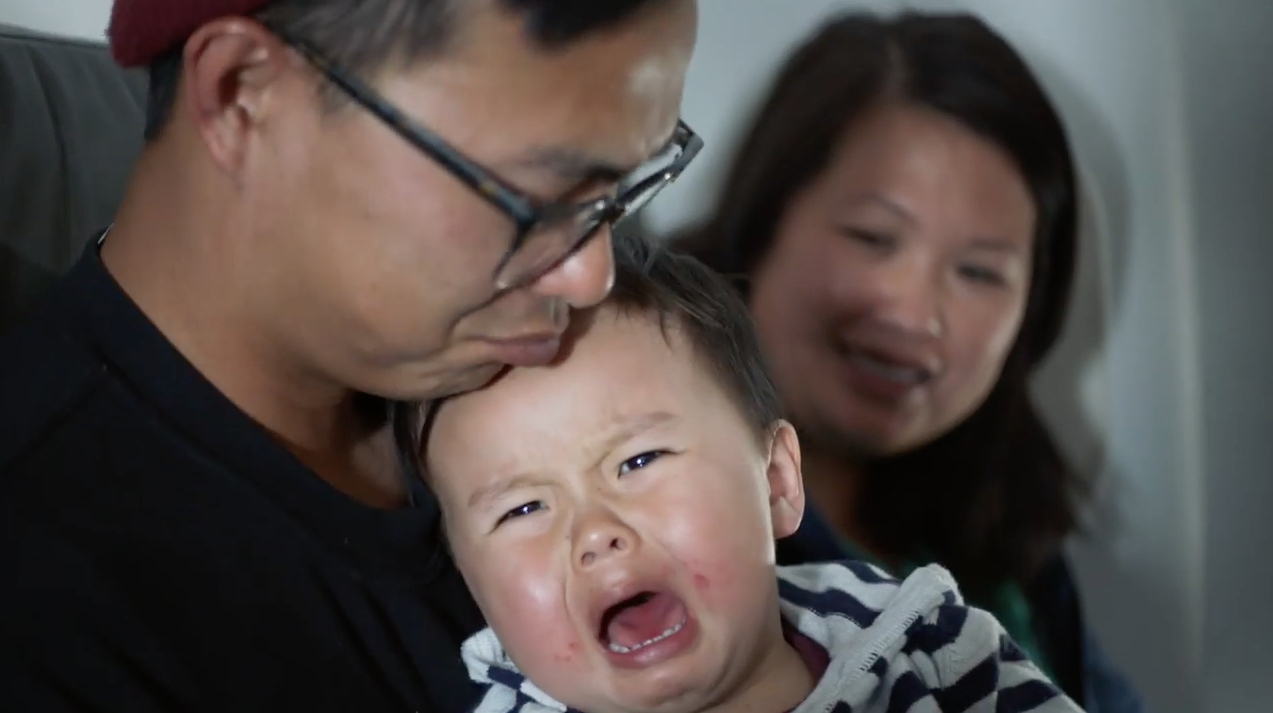 The only thing worse than sitting next to a crying baby on a long flight is being the parent holding the crying baby. You know you're responsible for everyone else's misery, and there's often very little you can do to fix it.

For Mother's Day, JetBlue and agency MullenLowe decided to turn this frequent frustration on its head by actually rewarding passengers when babies cry.

The "FlyBabies" stunt offered a 25 percent discount to passengers on a flight from JFK to Long Beach each time a baby started crying. That meant if four babies cried, all passengers would get a free round-trip ticket for their next JetBlue flight.

Here's what happened on the flight:

According to MullenLowe, 40 percent of U.S. adults say they're annoyed by crying babies on flights. While it's unlikely JetBlue's reward approach will become a popular perk among airlines, at least it shows that sometimes, with some clever thinking, you can turn a negative into a positive.

The new spot, from Hey Baby Films director Joris Debeij, follows another MullenLowe stunt from February, in which the carrier invited 150 unsuspecting passengers to "Reach Across the Aisle" in an election-themed prank that also offered free flights as a reward.