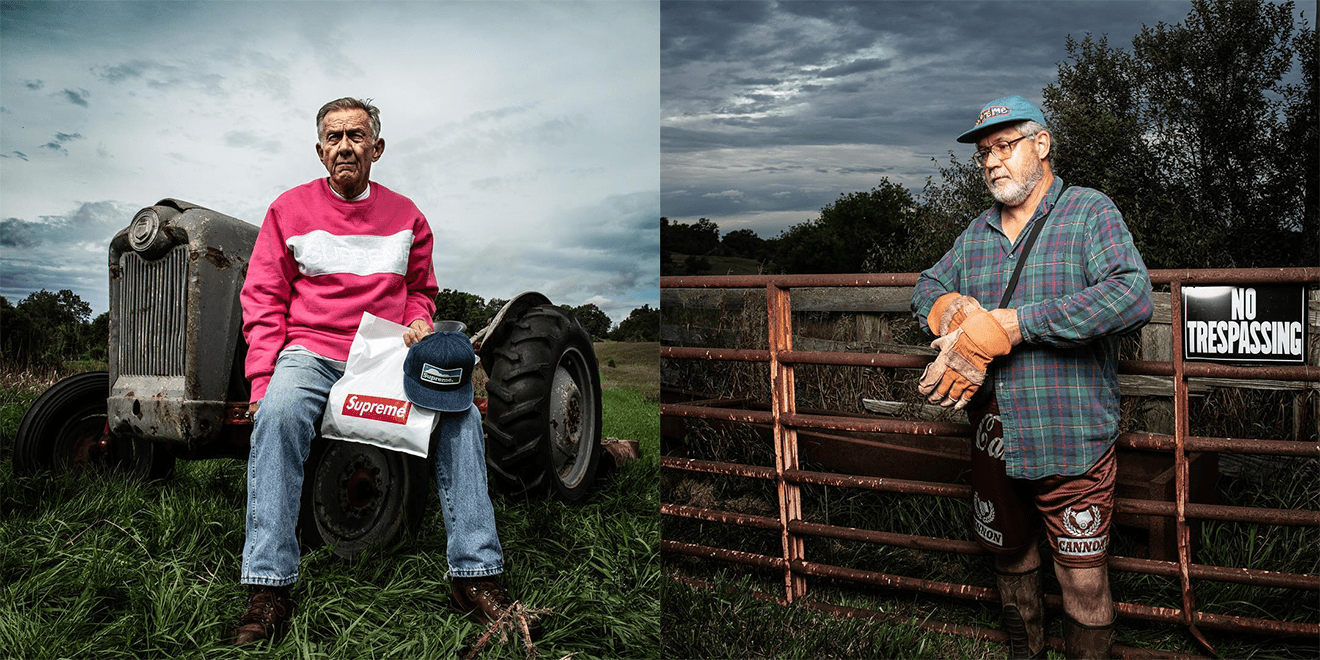 Fashion brand Supreme has made a habit out of “borrowing” famous logos for its collections. Make no mistake, the brand’s use of culture has created a ravenous fan base and a global phenomenon. At times, the use of someone else’s logo blurs the lines—but the company has had some huge hits in legitimate partnerships with brands like Nike, Levi’s, Lacoste and Louis Vuitton.

But a pork brand? Well, not exactly.

For its drop last week, Supreme took, er, inspiration from Farmland. Among dog-taped seam jackets, branded Hanes boxer shorts and Madonna T-shirts were Horizon 5-panel hats, with the bacon brand’s wistful cloud logo (font and all) taken over by Supreme.

Did the brand send a cease and desist like Louis Vuitton allegedly did in 2000? Nope. Instead, it took it all in stride and turned to its agency Doner.

First, was the tweet from the brand asking for some Supreme swag.

Hey #Supreme, that logo looks super familiar. We missed the drop – what do you think about sending a few our way? #FARMLANDxSUPREME pic.twitter.com/zq0uIL6exA

Within 24 hours, the tweet snagged over 13,000 likes, more than 200 replies and 4,000 retweets, far surpassing the performance of its Jan. 29 tweet touting the Farmland Bacon Weave.

Resolve to get more crafty? No problem. Bring on the Farmland Bacon weave. #BaconCraft https://t.co/aMj01ehIZj pic.twitter.com/z9ddD3wEmi

Seth Rogen retweeted the initial tweet, and influencer Casey Niestat weighed in himself.

A funny, good-natured tweet is enough, right? Au contraire. Doner and the brand decided to put together its own 12-photo look book on Instagram featuring farmers decked out in Supreme. The quick pivot from selling swine to fashion statement is a hit with looks that are “farm fresh” and “as crispy as our bacon” (groan).

The wait is over for the Farmland 2018 lookbook. #Supreme #FARMLANDxSUPREME #Farmland

Perhaps unsurprisingly, like other Supreme items, the hats are a resale gem and made their way to StockX with the $44 hat now fetching asking prices, according to the site’s reported sales data, as high as $149.

Now that’s a lot of cabbage (or bacon) for a limited-edition hat.