Which GOT character are you? 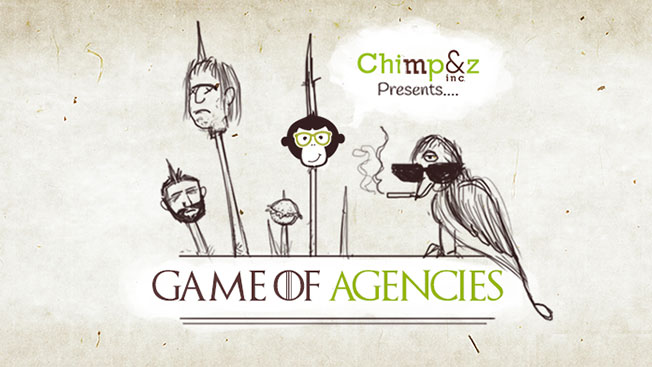 Indian digital agency Chimp&z has figured out who each Game of Thrones character would be if they were advertising professionals. As a bonus, they even imagined who the clients are. With perfectly selected quotes and adorable vector graphics, they make the best case I've seen for a Mad Men GOT crossover series. I mean, I'd watch it.

1. Jon Snow as HR because he knows nothing

On one hand, this selection doesn't make sense because Snow's the one dude clued in enough to try to unite all the factions against the real threat shambling towards the Wall. On the other hand, he's a cute but under-laid and under-equipped do-gooder—you know, exactly like HR. So, she sleeps with her brother and her cousin and whoever else it takes to get the job done, is a raging alcoholic with daddy issues, and is prepared to burn down the whole damn office in a fit of paranoia? Maybe that stuff fits. But what about weirdly coming to sympathize with her after working with her for several years? Honest, loyal, profoundly deadly with spear and short sword. Not a bad thing to be compared to. Shame about the whole de-balling thing. 4. The Unsullied as designers

With a cast this ridiculously bloated, they could have easily chosen Illirio or Gryff or something. Then again, the Unsullied were the ones in Meeren without a clue of how to deal with the "creative challenges" posed by the Sons of the Harpy. I definitely get the whole "Do whatever the client demands in your joyless struggle to produce material" thing. I mean, the Tyrells have the one mostly untouched piece of ground in the whole Five Kingdoms, and have more resources than anybody else in Westeros. So in a way, the comparison works. Kind of an obvious one here. But this also suggests your strategist is the sort of person who will talk you into your own beheading, run your firm into the ground, jump ship at the critical moment to advance themselves, and get ironically killed in the last season. Kinda badass? Yes. "Spirit animal"? No. And apparently someone who has a powerful friend in some other firm who is plotting to help you overthrow yours. So, to meet with him about content, you'll have to hike across the frozen wasteland for two books or so, while getting chased by corpsicles. And then he will tease your ass with critical information, only to be "forcibly retired" before we can finally have an theories confirmed once and for all. OK, fair. But seems like Joffrey would have been the more obvious choice. So client No. 2 occasionally screws you but at least gives birth to shadow babies who stab your enemies? Special guest nerding out courtesy of my husband, Rob Dale, who has actually read all the books.