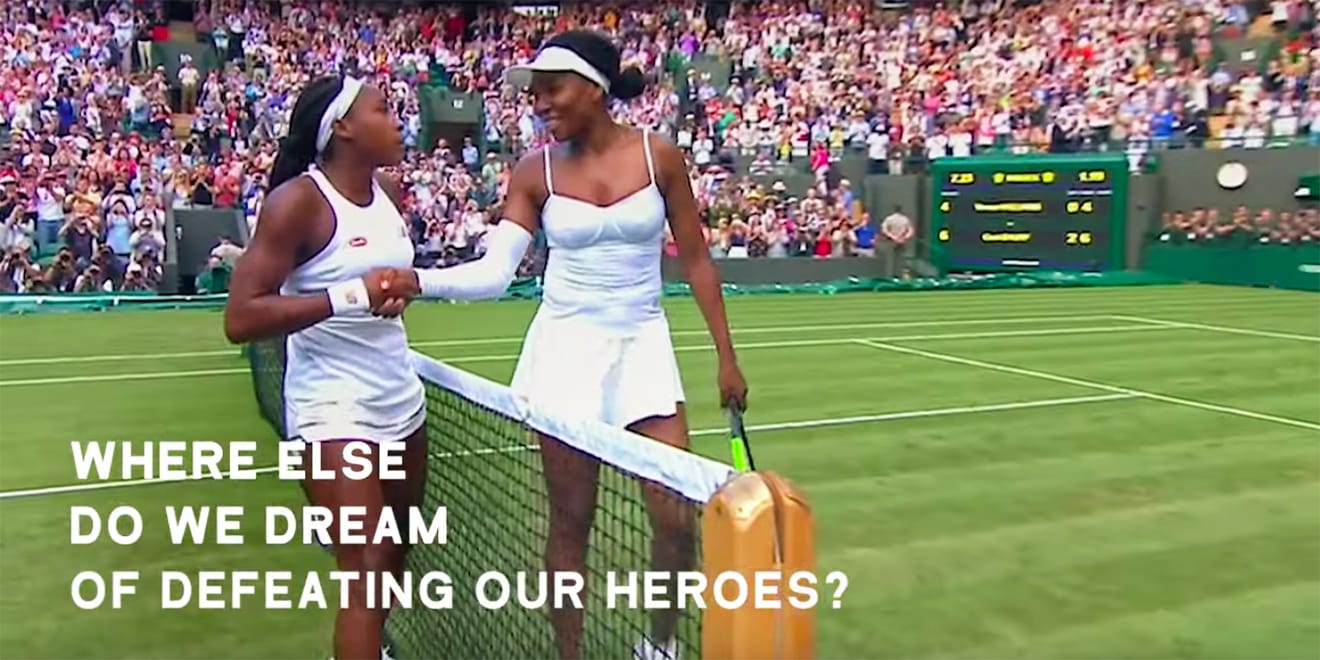 At Wimbledon this year, 15-year-old Coco Gauff beat one of her idols, Venus Williams.
Share
By Doug Zanger
|
September 3, 2019
Share

Ever since Wieden + Kennedy let go of the reins of its masterful ESPN work, it’s been difficult to gauge the sports giant’s personality. “This Is SportsCenter” remains some of the most enjoyable advertising out there, and not just in its category. For years, W+K (and later, ESPN’s internal team) put a happy and clever face on sports, and Droga5 continued the tradition—yet the more profound human emotions of competition were underexplored.

Working with Arts & Letters Creative Co. for the first time, the Disney-owned network has launched a new spot that reveals a profound truth about sports well beyond the scores and stats.

The anthemic 60-second spot from the agency, founded by The Martin Agency, TBWA and W+K alumni, isn’t necessarily earth-shattering from a structural standpoint. Footage of compelling sports moments is a tried-and-true technique, but the real power is in the choices made.

It’s perfectly fine for us to have a laugh from time to time, and sports can be that great escape as evidenced by a library of work that we can look back upon fondly. But there are also many moments that honor the sacrifices that athletes and coaches make, and it’s well worth capturing those, too.