This Emotional Ad About Grandparents Raising Their Grandchild Is for What, Now? 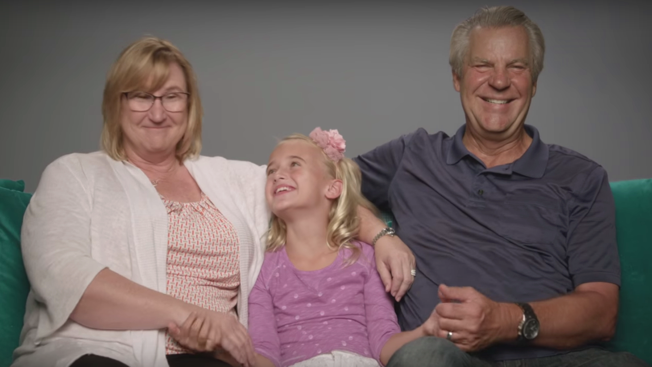 There are still a solid six weeks left in 2015, but this ad is a strong contender for the most uplifting, then perplexing, commercial of the year.

It features an older couple who talk openly about the challenges and blessings they've experienced in raising their granddaughter, whose father—their son—is incarcerated. "We want to be the grandparents, knowing we have to be the parents," they say.

It's a touching story, built on a relatable theme—that the great gift of being a grandparent is getting all the joy of spending time with a child, but with, in most cases, minimal responsibility. It feels like a Honey Maid-esque take on modern families. And it wouldn't be crazy to mistake it for the perfect retirement-planning ad. (Not only should you be prepared to support yourself, but do you have enough of a cushion for a cuddly curveball?)

But no. This isn't that kind of ad at all.

This—spoiler alert—is a commercial for toilet paper, part of Deutsch's "Be soft. Be strong" campaign for Angel Soft. And these brave, stoic grandparents are likened to the bathroom product itself. See, they are soft but also strong.

Now, yes, we can agree toilet paper is pretty amazing stuff. We should be grateful for it, and—fair enough—for loving grandparents, too. And if Angel Soft's Facebook page is any indication, the ad resonates with many of the latter. The post featuring the video is approaching 2,000 Likes, and has dozens of grateful comments from grandparents who are raising their own grandchildren. So, Angel Soft is apparently, and perhaps smartly, cornering that market and people sympathetic to it.

But it's also hard not to see the two-minute spot as the result of the branded-content craze getting pushed past a point of no return—with tear-jerking docudramas being rolled out for any and all brands, no matter how strained the metaphor.

And here, the metaphor only worsens the longer you think about it: If the grandparents represent the brand's nurturing cleaning product, what does that make the little girl? Don't think on it too hard—just thank God for Angel Soft.

The ending might leave you wondering if the whole things is a parody. It's not. But maybe it's a brilliant piece of subterfuge by the creatives. If so, it deserves a different kind of kudos—for most artfully undercutting the client.