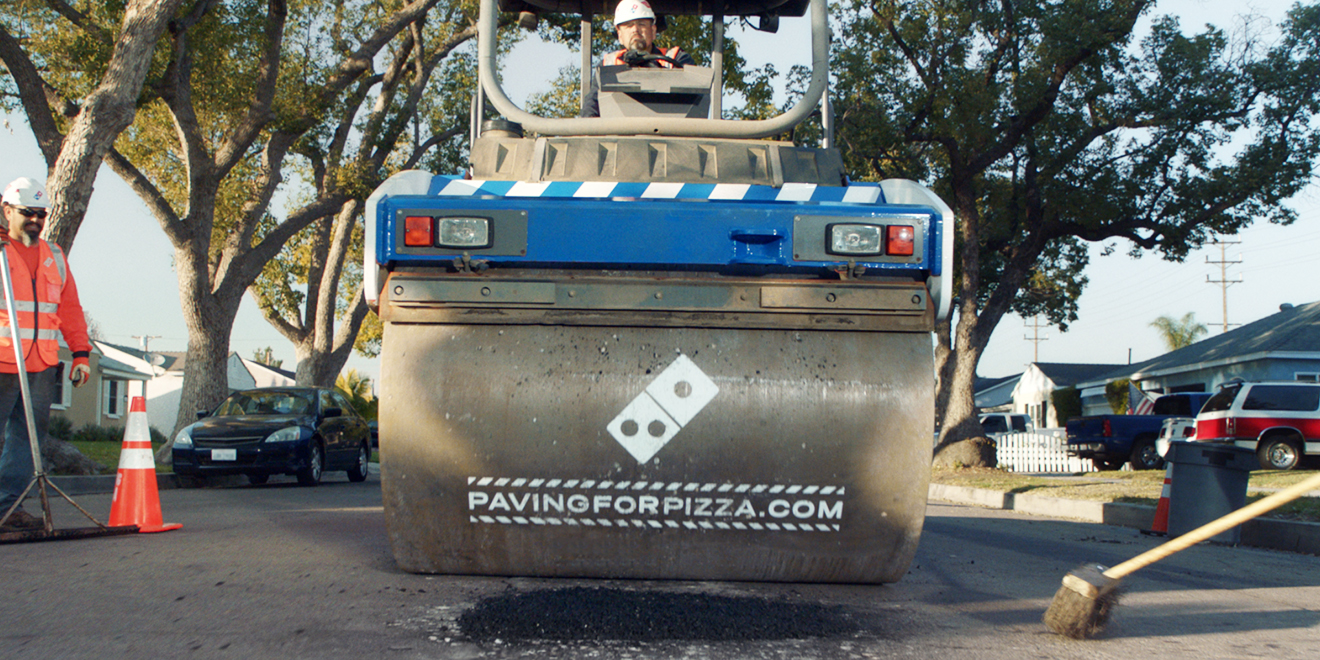 When you’ve got a pizza in the passenger seat, just about any disruption during your drive could spell disaster for your dinner.

Domino’s previously addressed this issue by launching Carryout Insurance, which offers to replace your pizza if it’s damaged between their store and your mouth. But now the pizza chain is getting out in front of the problem, and making a lot of non-pizza-carrying drivers happy in the process.

The Domino’s “Paving for Pizza” project has already fixed more than 50 potholes, and it’s only officially launching today. The first cities to receive and accept the offer were Burbank, California; Milford, Delaware; Bartonville, Texas; and Athens, Georgia.

You can request for potholes to be fixed in your town via the campaign website, where you’ll also see a fun visualization of how much damage a pizza suffers during different levels of hazardous road conditions.

“Domino’s is a brand that is relentless in its pursuit of making everything about the pizza experience better, from how it’s made to how it’s ordered and delivered,” says Kelly McCormick, creative director at CP+B. “We know that the carryout experience includes everything from ordering, to getting the pizza home in perfect condition. This forced us to think broader about carryout and meant that we had to consider the drive or walk home, on the pothole-ridden roads and icy sidewalks that we don’t own and can’t control ourselves. So, we decided to go where no other pizza company would go.”

Initial response from residents of the community has been positive, according to the creative team.

“People understand that Domino’s is willing to go above and beyond to protect the sanctity of their product,” says McCormick, whose innovations on the Domino’s account earned her a spot in Adweek’s Creative 100. “And that is something that can only come from a true brand action, a true bold stake in the ground.”