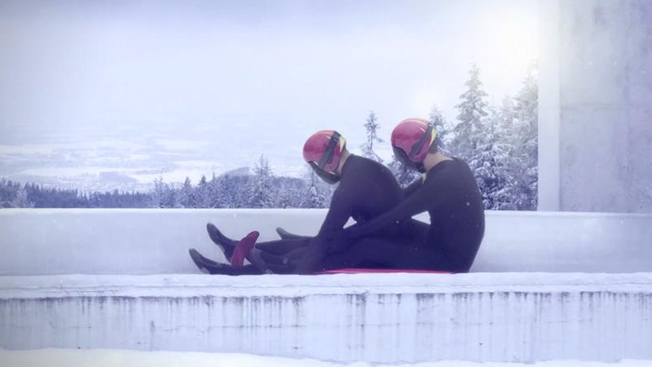 Prepping for a two-man luge race looks like two dudes humping, says a new PSA from a Canadian equal rights group protesting Russia's anti-gay laws ahead of the 2014 Winter Olympics in Sochi.

The spot, created for the Canadian Institute of Diversity and Inclusion by agency Rethink Canada, shows a pair of spandex-clad sledders rocking back and forth before launching down the track, all to the tune of synth pop classic "Don't You Want Me" by The Human League.

"The games have always been a little gay," says the ad's copy. "Let's fight to keep them that way."

Russia's law prohibiting the promotion of homosexuality and a broader environment of LGBT discrimination has drawn widespread criticism, and on Tuesday, U.S. Olympic sponsor AT&T became the first large advertiser to join in the protests.

While many will chuckle at and share the "Luge" ad, the spot is not without its glaring flaws.

The Olympics have always been a little gay because certain sports happen to include activities that could be interpreted as homoerotic? Doesn't that joke basically just reinforce juvenile stereotypes rather than challenging them?

If you're going to talk about how The Olympics have always been a little gay, why not focus on the pioneering homosexual athletes who've competed rather than saying that it's "gay" for two men to work closely together?

The message that homosexuality has always been a reality and should be openly accepted  is definitely one worth promoting, especially at a time when the Olympic host country is explicitly sanctioning homophobia. But resorting to frat-boy humor that would be dismissed as homophobic if it came from anyone except an LGBT advocacy group? That's not going to do anyone any favors.