Don't let the kids stop you 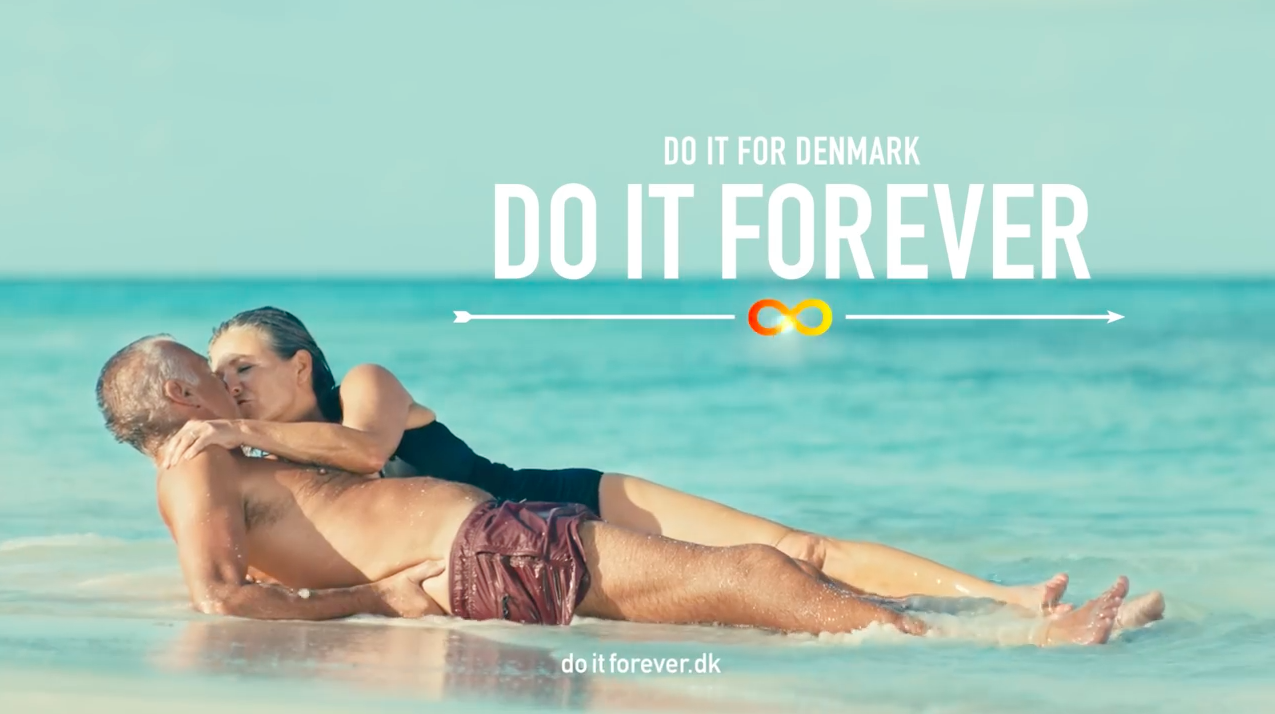 It's no secret that having kids can dampen a couple's sex life. And travel agency Spies Travel has devoted its existence to championing sex among the Danish—by getting them to take more vacations, which they claim boosts the chances of getting lucky by 102 percent.

For the third ad in the "Do It for Denmark" campaign, Spies came up with a compelling idea—a "Do It Forever" loyalty program, with a fertility bonus that gives you bigger travel discounts if you have more kids.

Not just once or twice. For years.

Some 46 percent of Danish partners with kids have less sex—a long-term threat to the growth of the Danish populace, which suffers from a low birth rate. The new ad follows couples whose passion has been dampened by progeny, and is peppered with all kinds of weird but nifty facts—how sleep can improve women's sex drives; how vitamin D from the sun increases male potency; how regular sex can lift life expectancy by eight years.

All this is told in the roundabout, comedic way for which the campaign is now known. (Think awkward visual gags—like sexy banana-eating action, hard-ons in the pool and a suggestive sunscreen squirt.)

Spies kicked "Do It for Denmark" off in 2014 with a patriotic ad urging Danes to travel, have sex and have more babies. In 2015, it followed up with "Do It for Mom," which promoted the "Spies Parent Purchase"—a package that enables you to send grown kids on holiday so they can procreate.

"Do It Forever" is the third (and, they say, last) installment of the campaign. Created once again by Robert/Boisen & Like-minded, it concludes about as honestly as anybody can hope: "This way, we secure your health, as well as our future business."