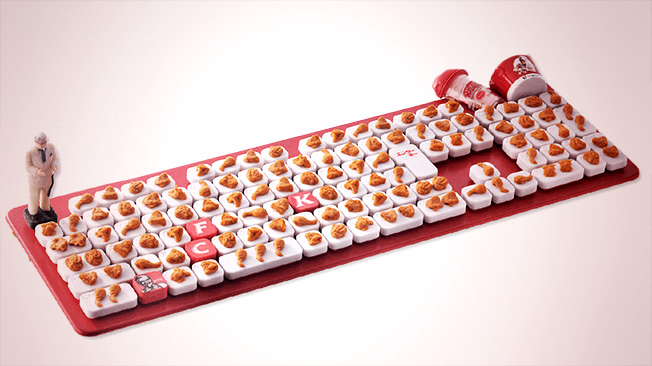 Because fried chicken is the greatest thing in the history of the world, and considering Japan is from the future, it's surprising they got their first KFC only 30 years ago.

To celebrate that anniversary, the franchise is currently holding a contest on Facebook and Twitter with probably the most amazing prizes ever. OK, none of them are useful—but if you forget to lick your fingers, you'll be fine when using these wackadoodle chicken-themed accoutrements.

KFC is known for doing odd stuff like this in the U.S., too, so we can't say we're surprised.

Via the International Business Times.

First prize is this insane-o keyboard with chicken pieces for keys and a little baby statue of the Colonel perched on the Escape key. 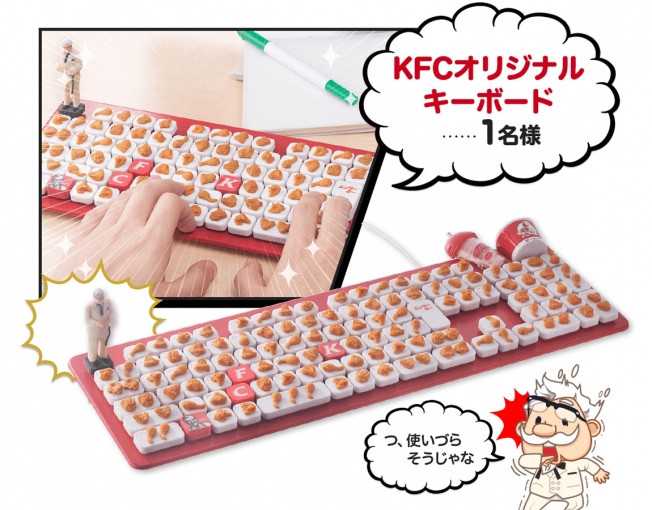 You could also win this chicken-leg mouse that looks more like a sex toy than a useable piece of computer hardware. 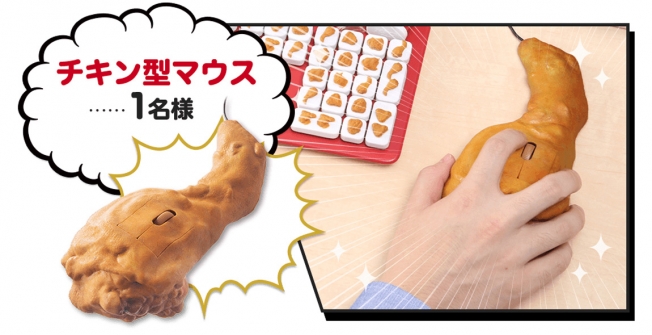 Speaking of weird crap that no one would ever plug into their USB port. 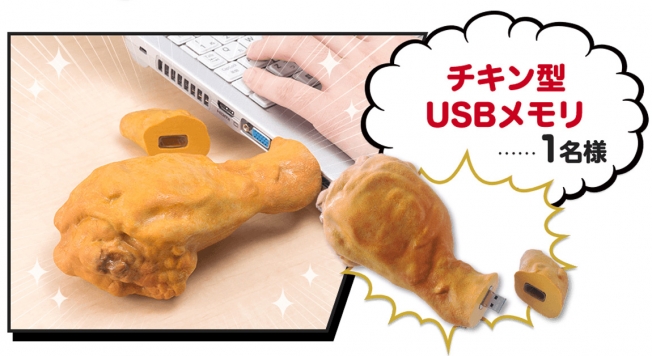 Probably the best prize of all, chicken earrings. Gorgeous. 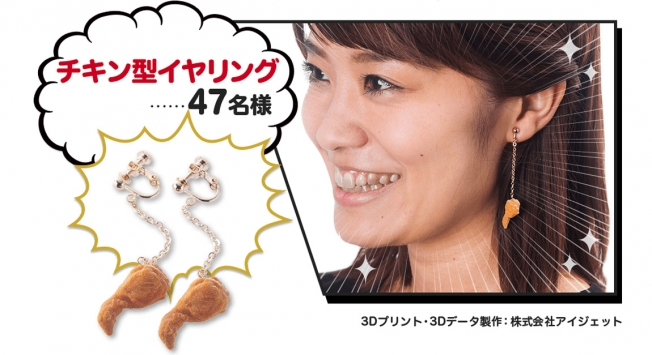