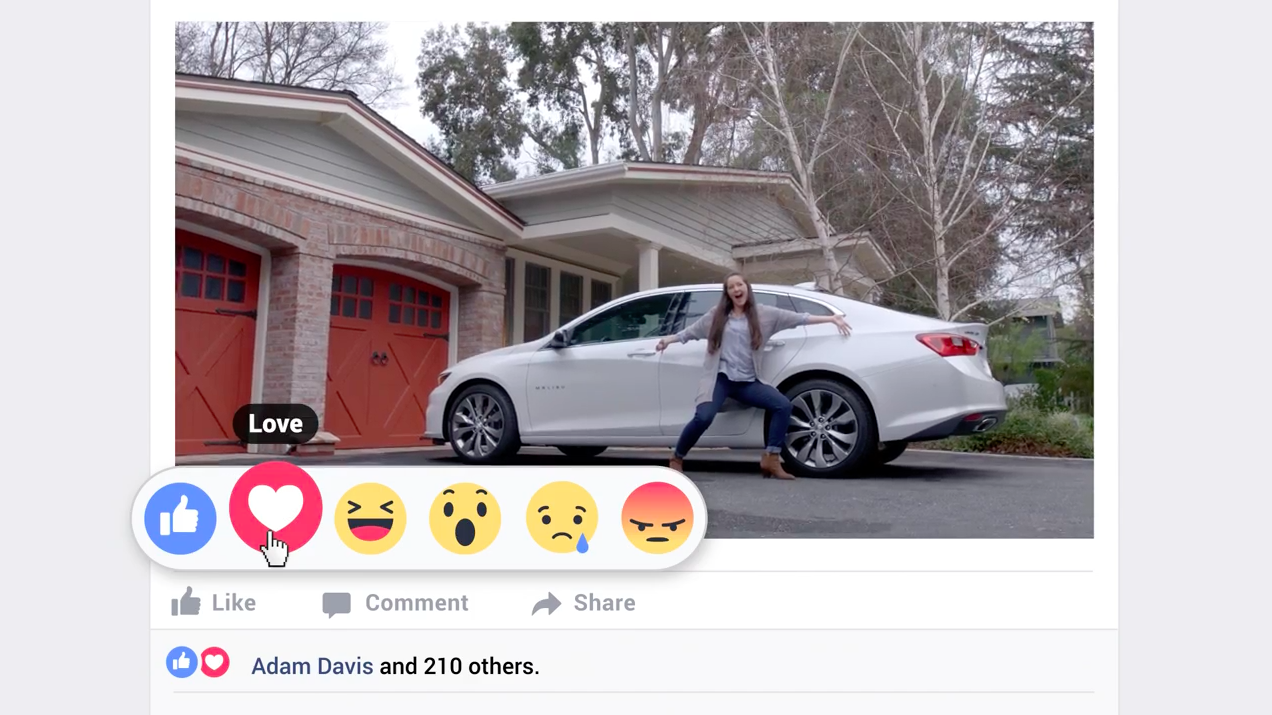 Facebook's new Reaction buttons launch today, allowing users to go beyond a simple Like and choose emojis representing "love," "haha," "wow," "sad" and "angry" instead. Chevrolet celebrates this momentous occasion with a new online commercial, in which it bemoans the one-dimensional Like, mostly because you have to "love" and not just Like the new Malibu.

"Timing couldn't be more perfect for Chevrolet to bring the all-new 2016 Malibu and Facebook's new Reaction buttons together," Paul Edwards, vp of marketing for Chevrolet, said in a statement. "The midsize segment has traditionally offered many options to 'like', but only the new Malibu inspires the emotion to 'love.' "

It's a decent bit of topical content, as far as it goes. And because Chevy also posted it on Facebook, we know how people feel about the ad itself (by Commonwealth/McCann). At the time we posted this: 78 Likes, 14 Loves and a single Haha.