Why should fetishes be irresponsible? 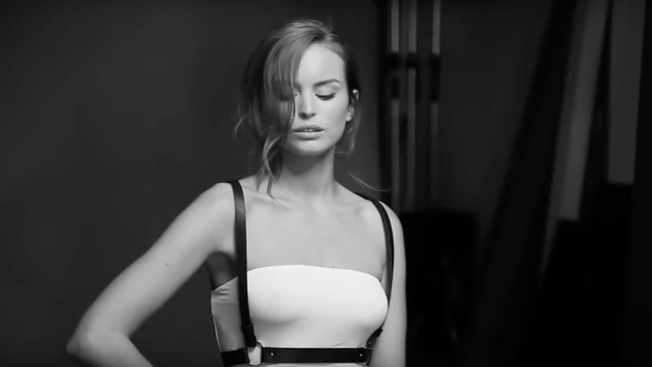 Ever want to play 50 Shades of Grey, but can't swallow the thought of all that leather and man-pandering?

There is hope. Bijoux Indiscrets—the Spanish sex-toy retailer that recently gave us an online orgasm library—just launched Maze, a collection of bondage-inspired accessories that's 100 percent vegan, and made by women, for women.

The 12-piece collection is meant to work both with lingerie and over a white shirt and jeans—bringing a spiked nuance to casual work attire. It's made with polyurethane, a recyclable polymer that looks and feels like leather (without the sacrifice of doe-eyed cows). The hardware is composed of non-heavy metals, and components can be adjusted for different body types.

Available colors are kept to a minimum—black and tan. Think of it as an eco-responsible, more lady-friendly take on The Story of O.

She laments that the aesthetic is often limited to dungeons or parties. "It can be such a source of inspiration for your fashion looks," she says. "Maze unites these two worlds in a subtle way."

Check out the making-of video for the photo shoot, which demonstrates how Maze can be worn for play, or for adding an edge to those pantsuits you're now wondering what to do with.

The video was produced entirely in-house, using an internal digital designer, as well as a photo agency from Barcelona.

The vegan aspect is a nod to Bijoux Indiscrets' values: You can be passionate and sexy without foregoing social responsibilities (which is, in the end, the kind of reassurance a working woman needs).

"Respecting the planet and the animal welfare is not only a trend. It is a need! We only have one planet and we all should engage in sustainable practices," Viegas argues.

Check out the complete Maze collection on the Bijoux Indiscrets website. If you're a suspenders kinda lady looking for a change—or just something to express your post-election inner darkness—you'll definitely find some sassy options.