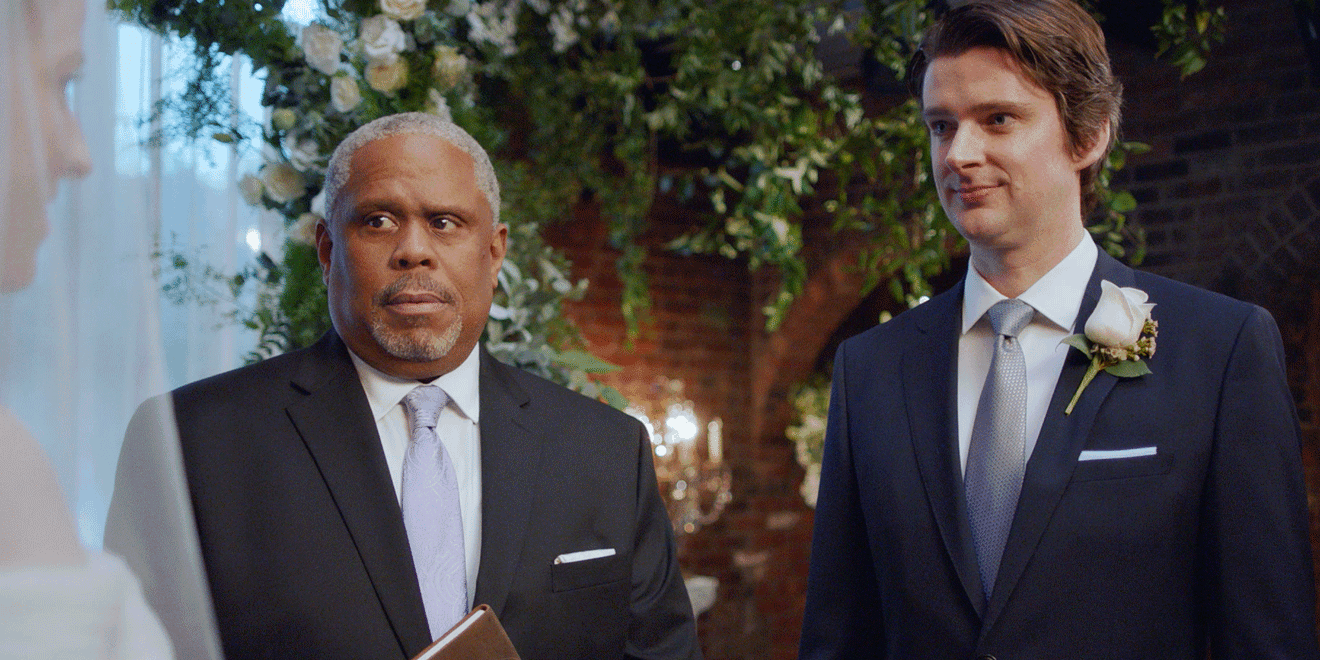 In this AT&T ad, a groom waits for the bride's pregnant pause to end. AT&T

By now, you’ve likely seen at least one of the spots from AT&T’s “Just OK Is not OK” campaign, where the likes of mechanics, babysitters and everything in between are perfectly content with providing just OK service—much to the consternation of their customers.

The campaign, which AT&T unveiled right around the holidays last year, is back again with another round of humorous ads that hammer home the tagline’s point. While last year’s effort focused on AT&T’s status as the “best network” (deemed by benchmarking firm Global Wireless Solutions), this year’s plugs the company unlimited plans and 5G prowess.

In one, a bride takes an unusually long time to respond “I do” to her groom during their ceremony. Adweek cover star Lena Waithe‘s voiceover—“When it comes to response times, just OK is not OK”—closes the spots.

In another, an elevator fails to do its one job, leaving the people inside in distress, save for one man who tries to inject some comedic relief.

A third features an unethical accountant whose one too many trip to the Cayman Islands sends his client running, while a fourth introduces viewers to a skydiving instructor who admits it’s only his second time jumping out of a plane.