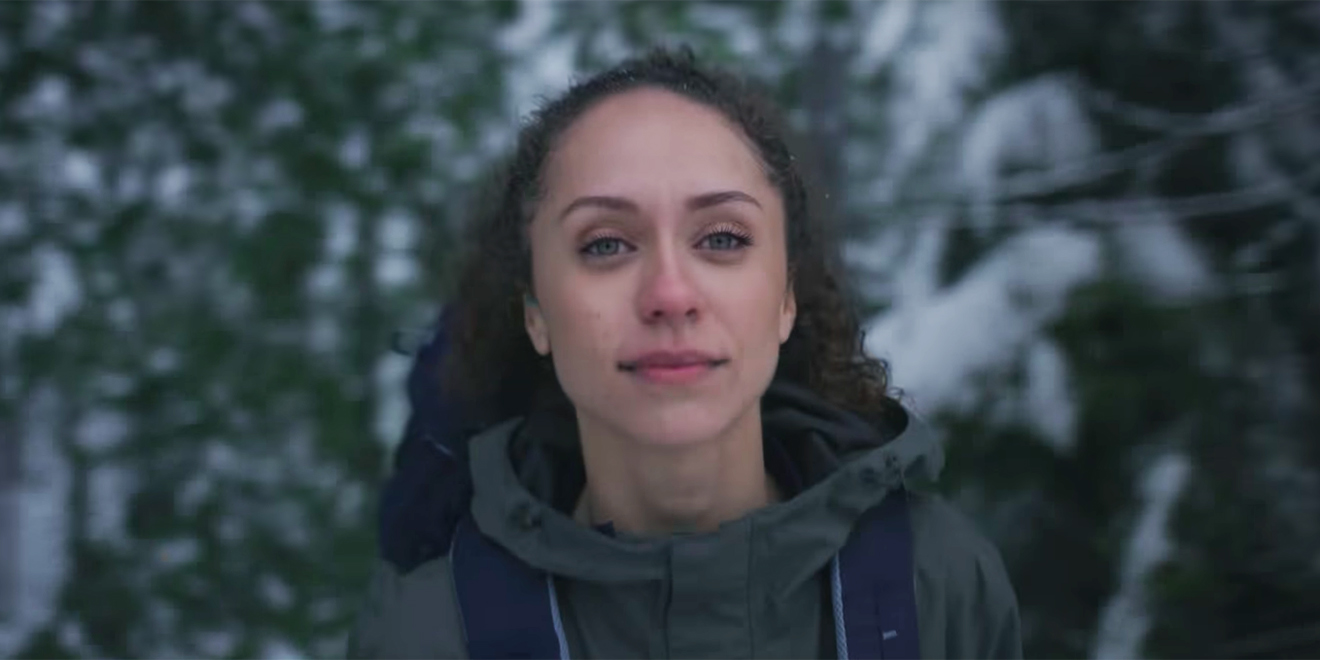 Ryan Reynolds’ casual but earnest delivery really hits home in Air Canada’s latest ad, as he waxes poetic about the Canadian spirit and expands on themes introduced by the carrier in its recent holiday advertising.

Developed by FCB Canada, the new spot, “Our Home,” presents images of compassion, teamwork and diversity. In one scene, a guy gives up his seat on a crowded bus to an older woman wearing a head scarf. Another shows folks straining to build a sandbag barrier to hold back a flood. In another, a self-assured young man in women’s clothing removes his eyelashes and wig.

Home “isn’t just a place—it’s something more,” says Reynolds, a native of Vancouver, B.C., as his narration begins. “It shapes us. Defines us. Sets us on a journey. Free to be ourselves. Free to find ourselves. And knowing our place in the world.”

He concludes, “It’s not where we are; it’s who we are. Because we don’t live at home. Home lives in us.”

The tagline, “Fly the flag,” suggests both Canadian patriotism and the carrier’s maple leaf logo.

Now, to some, the commercial’s low-key, thoughtful approach might seem a bit off-course for the category. Heck, there’s just one image of a passenger plane, and it’s a long-shot fly-by near the end.

“We wanted to express the deeply personal connections we all have to the place we call home and show our pride in a country the world admires,” explains Andrew Shibata, managing director of brand at Air Canada. “It’s a message we know resonates strongly with Canadians at a time of year they are thinking more about home and their loved ones wherever they might be.”

Perhaps, on some level, this “Canadian Kindness” trope is a response to the increasing coarseness of Trump’s America. During the flood sequence in “Our Home,” the lines about home being the place “where we break down barriers, and we build some too” seem to obliquely suggest the proposed U.S.-Mexico border wall, or notions of isolation in general. And Air Canada offered Trump-wary Americans a taste of Great White Northern hospitality even before POTUS 45 got elected.

“Canada is having a bit of a moment on the global stage. We are respected around the world for openness and generosity among many other attributes,” says Shibata. “We fly the flag with pride, and that’s why we close the ad with that tag at the end.”

Though somewhat unconventional, the spot’s low-key conviction is compelling, and Reynolds’ measured every-man tones—sincere, but never over-selling—serve the pitch to perfection.

“We chose Ryan to narrate the English ad for the warm and welcoming nature of his voice,” says Shibata. “He loved the concept, got it and delivered the 90-second version in one take! After his first cold read we all kinda looked at each other and said, ‘Ok … now what? Shall we move on the :30s?”

“I felt a connection to this script because I know what it’s like to carry that feeling of home with me wherever I go,” Reynolds says in a statement. “Being a Canadian who travels all over the world, I understand how my home made me who I am.”

The Deadpool and Green Lantern star will fly with Air Canada for more advertising projects in the new year.