A Transgender Bride Makes the Most of a Rainy Wedding Day in This Defiant, Upbeat Insurance Ad

No black flies in her chardonnay 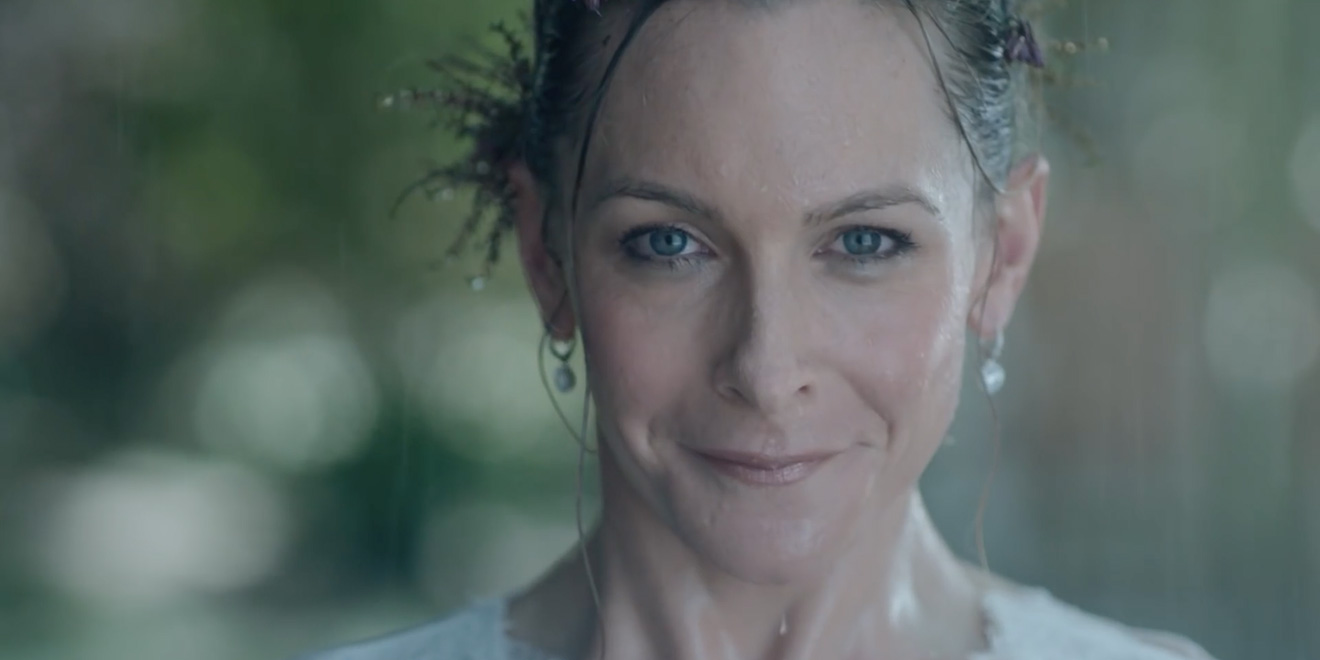 During Sunday’s Oscars telecast, as American ads celebrated young creativity and unity in times of division, one campaign running in Canada took a different tack.

In a spot starring transgender actress Joslyn DeFreece, Toronto-based home and auto insurance company Sonnet took a “glass half full” approach to whatever challenges may disrupt the key events of one’s life.

In this case, those glasses are half full of precipitation. As one particularly timeless Canadian meditation on uncertainty and resilience put it, “It’s like rain on your wedding day.”

No black flies in the chardonnay this time, though. It didn’t even leave the bottle.

The point, of course, is that a little downpour won’t stop this bride from enjoying her moment … and a great insurance plan can ease the stresses of such ultimately minor incidents. As DeFreece herself puts it in the ad, “all this stuff is just stuff” that pales in comparison to the experience itself.

“We wanted to show the purest story of optimism that we could—one that shows how people can overcome any situation in life when the most valuable thing they have is protected: their optimism,” say associate creative directors Joaquin Lynch Garay and Federico Munichor, who led the effort at Sonnet’s lead creative agency Johannes Leonardo.

The spot, which ran in selected regions prior to Warren Beatty’s big moment on Sunday night, is the latest in an ongoing campaign by the New York agency, which launched the optimism-themed campaign last September with a little help from one Michael J. Fox. Earlier this month, the animated short “Balloon” continued the campaign, encouraging viewers to always look on the bright side of life by asking themselves, “What’s the best that can happen?”

“Since our launch in September, Sonnet has been sharing stories of optimism from different perspectives,” says client vp of marketing John Rocco, adding, “‘Bride’ extends our platform of optimism to a new and rich territory that demonstrates how optimism is a central human truth that people should protect.”

“This spot is an important message for Sonnet to demonstrate that we are a company for all Canadians,” Rocco continues. “I feel very proud of this film and what it will contribute to an already vibrant conversation of inclusion and diversity happening in Canada right now.”

In an interview on Sonnet’s website, DeFreece sums up the project’s emotional appeal: “One of the most beautiful parts of this project is the emphasis that is put on knowing oneself and persevering through the face of adversity. My inherent optimism and romantic conception of life have carried me through some pretty rough times. To me, this piece is not about a person who is overjoyed about a wedding day; it is about a person who is overjoyed by the love she has for herself.”