Behind the mysterious storefronts 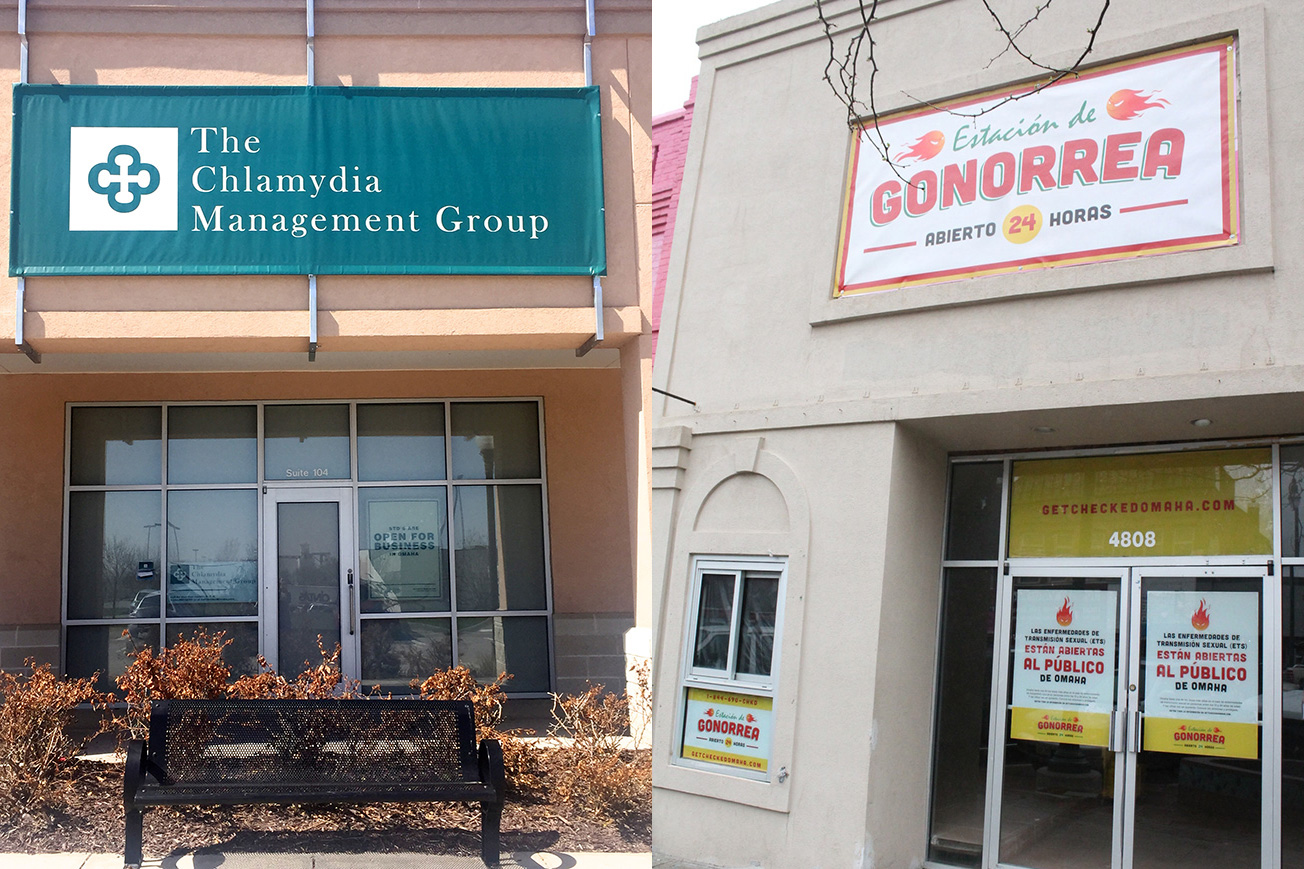 Three strange storefronts have popped up in Omaha recently that you wouldn't want to enter—but they're part of a PSA campaign telling residents that, unfortunately, sexually transmitted diseases are open for business in the city.

Omaha has had a shockingly high STD rate for over a decade, and it's only getting worse. Cases of gonorrhea and syphilis are up by 15 and 23 percent, respectively, and chlamydia reached an all-time high in 2014 with 3,390 reported cases.

The storefront campaign by Serve Marketing, timed to National STD Awareness Month, aims to get people talking about the crisis—and give them information to get checked. The campaign includes TV, outdoor, radio, social and digital banners for the fake businesses.

"This has been a closeted issue in Omaha for decades," says Serve creative director Gary Mueller. "If we want to ultimately lower the STD rate and change people's behaviors, we need to be bolder and more aggressive about getting people to talk about the issue. We think this will get people talking."