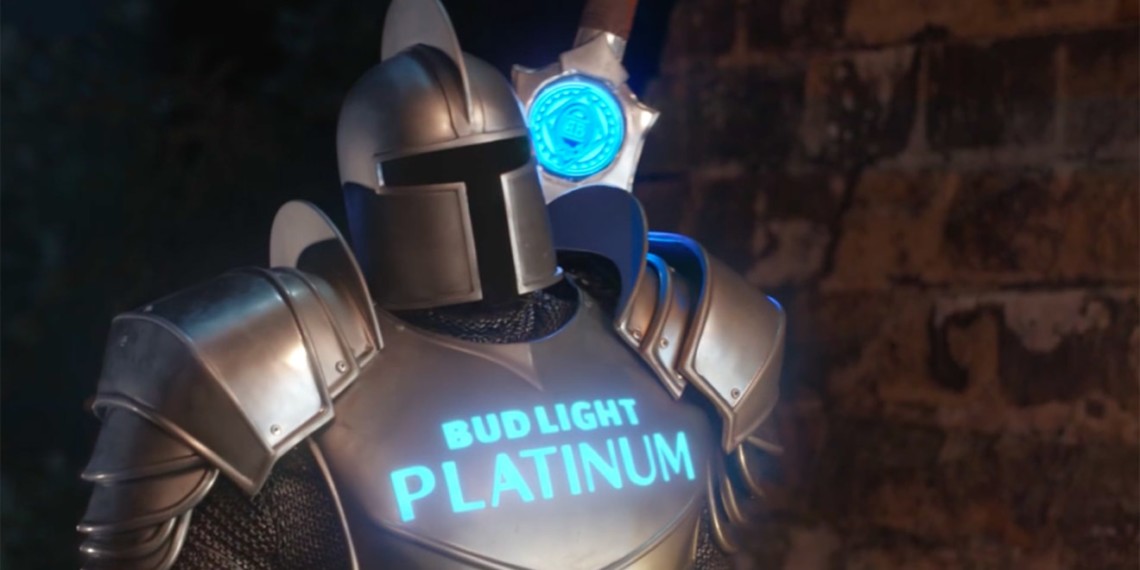 Sneaking off with the Platinum Knight on laundry night? Better get your story straight. Bud Light

What if the real laundry night was the friends we made along the way?

Helmed by Peyton Manning, the campaign from Saatchi & Saatchi New York kicked off with pro football’s season kickoff by proposing that America’s official laundry night be moved to Tuesday, with Sundays being declared NFL—”not for laundry.” That spot initiated a series of ads with stars from Gwen Stefani to Kenan Thompson airing a laundry list of grievances with the idea of doing laundry on nights other than Sundays.

This past weekend, Tide officially folded up the campaign and stashed it away in a drawer—though it’s sure to be pulled out again eventually. But the four-week arc ended with one last surprise: a tie-in with Wieden + Kennedy New York’s “Dilly Dilly” Bud Light campaign.

In the Bud Light x Tide spot—which, OK, doesn’t actually feature any reference to Tide—we learn that the recently revived Bud Knight faces a fate worse than skull-crushing death: being ghosted by friends.

Since the Bud Light spot is a bit separate from the official campaign, it’s more accurate to say the actual ending was a Tide spot in a grocery store, where Nick Offerman negotiated an uneasy peace between Manning and Thompson:

According to numbers provided by Tide, by the campaign’s third week (fourth week numbers weren’t yet available today), it had netted the brand 50 million impressions, 520,000 social engagements and a 58% share of voice on Sunday nights.

Below you can check out all the other spots in the campaign, in chronological order, followed by the credits for the campaign.