Viacom's bro-centric Spike network hasn't been in the upper echelons of cable TV in the recent past, but the company plans to change all that. One story often told by Leonard Nimoy, who died today at age 83, was that quite a few fans of his Star Trek character, Mr. Spock, assumed Nimoy himself was a real scientist. In a historic decision today, the Federal Communications Commission voted 3-2 in favor of net neutrality by preventing broadband providers from throttling high-traffic services like Netflix. ESPN commentator and world-champion friendmaker Keith Olbermann this week launched a Twitter war with college students who'd raised $13 million to fight pediatric cancer. The incident left Olbermann with a (paid) suspension through the end of the week, and it left many of us with one simple question: What the hell, man? Netflix let it be known today that the long-awaited third Pee-wee Herman film, Pee-wee's Big Holiday, would finally make it to the … well, not the big screen, but a […] 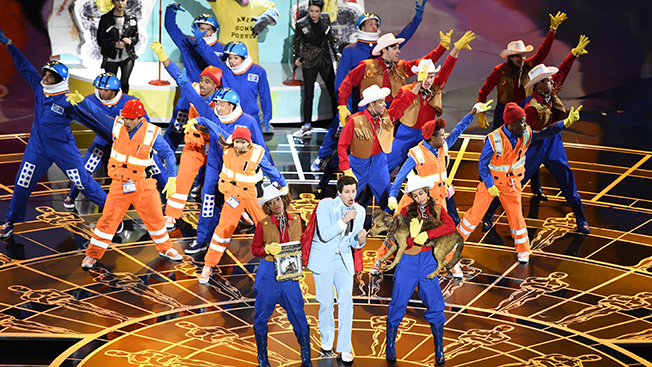 The best thing about the Oscars ceremony last night might very well have been pop band Tegan and Sara's performance of Everything Is Awesome, the least ironic song ever written, from prominent Academy snubee The Lego Movie. (The makers have to console themselves with a $468.1 million box office gross.) Hasbro has a lot of enduring intellectual property (G.I. Joe, My Little Pony) but nothing holds a candle to its long-running Transformers franchise. Its origins are borderline cynical: After acquiring […] Big news from MSNBC this morning: Celebrity chef Tom Colicchio will become the network's first food correspondent and debut two new shows. Stirring the Pot will air on the network's new digital channel, Shift, and Everybody Eats will air on MSNBC and feature Colicchio taking influential folks to lunch.